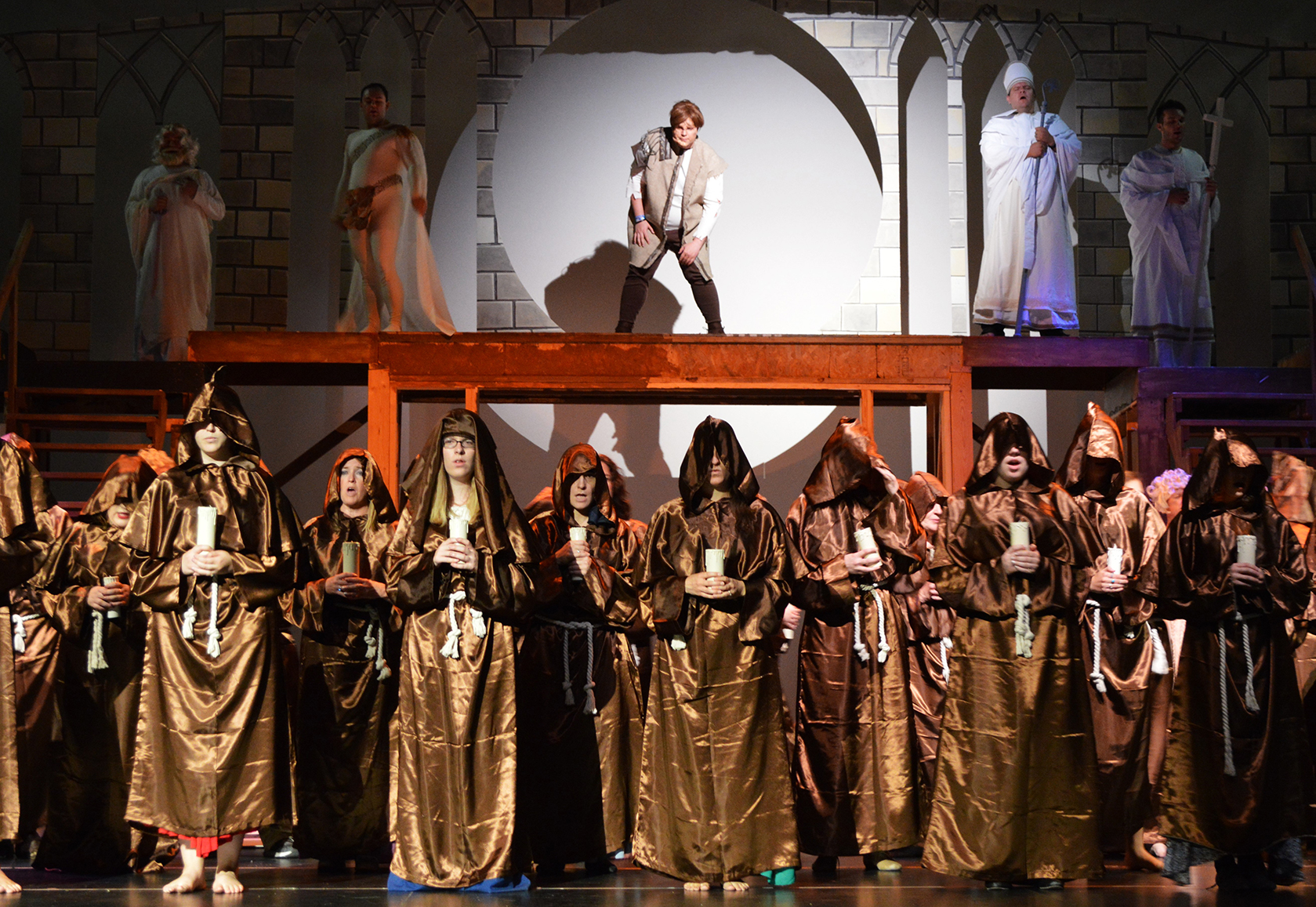 The cast and crew of the Lehi Arts Council summer musical have overcome many obstacles to produce the epic “The Hunchback of Notre Dame.” The show runs from Friday, July 20 to Saturday, July 28 at Skyridge High School at 7:30 p.m.

Michael and Colleen Carrasco, married couple, and long-time participants in Lehi Arts productions, are co-directing the summer musical. “The Hunchback of Notre Dame” has only very recently become available to public theater productions and both Michael and Colleen Carrasco were happy to be able to snap it up for the Lehi Arts theater. The stage musical combines most of the storyline and music of the 1996 Disney Animation Studios movie, but the stage version is much darker. The musical is more consistent with the original source, Victor Hugo’s 1831 novel The Hunchback of Notre Dame.

The reputation of Lehi Arts productions continues to gain increasingly more respect, making the casting process difficult for the directors. Many local actors are participating in “The Hunchback of Notre Dame,” but there are also participants from Salt Lake City to Payson in the production. Over 130 people auditioned for a part in the show. “People are going to be blown away when they hear how good this cast is,” said Michael Carrasco.

Eric Smith as Pheobus, Kylee Robinson as Esmerelda, BJ Oldroyd as Quasimoto, and Johnathan Fifield as Frollo in the Lehi Arts production of The Hunchback of Notre Dame. | Nicole Kunze

“The Hunchback of Notre Dame” will be presented on an enormous scale – the two-story sets didn’t fit inside the Lehi Arts building on Center Street. The cast has been rehearsing on hot summer nights in the parking lot behind the building. “The thing that I think is so amazing about all of this is that these people are here in 100-degree heat in a parking lot with rocks, screws and nails all around them and they’re giving their whole hearts. Lehi should be so proud of this production,” said Michael Carrasco.

The whole set had to be disassembled and reassembled on the Skyridge stage for the seven shows. Michael Carrasco has created an intricate stained-glass window with the help of other cast members for one of the set pieces. Michael and Colleen Carrasco have not only been working together directing the Lehi summer musical, they’ve been in the process of building a new home in Lehi for the last few months and they close on their house the day of the first show. They’ve loved working together and overcoming the challenges of directing a show on this scale. “I’m a carpenter by trade – I love to build things. The problem is that I’m color blind, so my wife tells me to build the sets the way I want them, and she’ll add the color by painting them,” explained Michael Carrasco.

“Theater really changes people. It communicates on another level and it can have a healing effect on people,” said Michael Carrasco. He felt that change come over him the very first time he saw a stage musical. “Even if it’s just an opportunity to forget your woes and your problems for two hours – to get relief, I’m all for it. This production has that power.” Tickets are available at the door or online at https://boxoffice.diamondticketing.com/lehicityarts/tickets, $12 for adults and $10 for children and seniors.