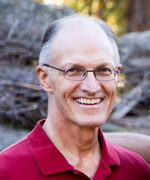 Dr. Brent Roy Ekins
1949-2018
Dr. Brent Roy Ekins, PharmD, was born May 4, 1949, to Abel John and Geraldine Taylor Ekins in Lehi, Utah. He spent his early school years in Lehi and graduated from Lehi High School in 1967. He attained the rank of Eagle Scout.
In 1968, after attending the University of Utah for a year, he was called to serve a two-year proselyting mission for the Church of Jesus Christ of Latter-day Saints in the Brazil South Mission. He returned in 1970 and continued his education at the U. He married Dana Smith in 1972 and completed his Doctor of Pharmacy degree in 1974.
He was called as an LDS bishop at age twenty-eight in 1978 while attending school full-time and working full-time at the Intermountain Regional Poison Control Center. He became a board-certified toxicologist in 1989.
Brent and his family moved to Fresno, California, in 1985 where he became director of the Fresno Regional Poison Control Center and was instrumental in developing the California Poison Control System. In 1999, he began working for the Adventist Health System in hospitals in Selma and Hanford as a Clinical Pharmacist and mentor to pharmacy residents.
He had a passion for travel and visited 48 of the 50 United States and 60 countries. He completed his seven continent goal when he traveled to Antarctica in 2012. He loved to snow ski and was an avid cyclist.
He is survived by his wife of 46 years, Dana Smith Ekins, and five children: Kirsten Greenlaw (Corey); Britt Callaway (Clay); Dr. Jacob Brent Ekins (Jayne); Dr. Mark Smith Ekins (Olivia); and John Paul Ekins (Thanh).
Four sisters and one brother also survive him: Judith Turner, Geralee Smith, Marlene Sundblom, Barbara Bliss, and Dale Ekins. He was grandfather to 18 grandchildren: nine granddaughters and eight grandsons. One grandson preceded him in death.
He passed away on July 2, 2018, from injuries incident to a cycling accident