Pies and Tries with the Utah Warriors Rugby Team 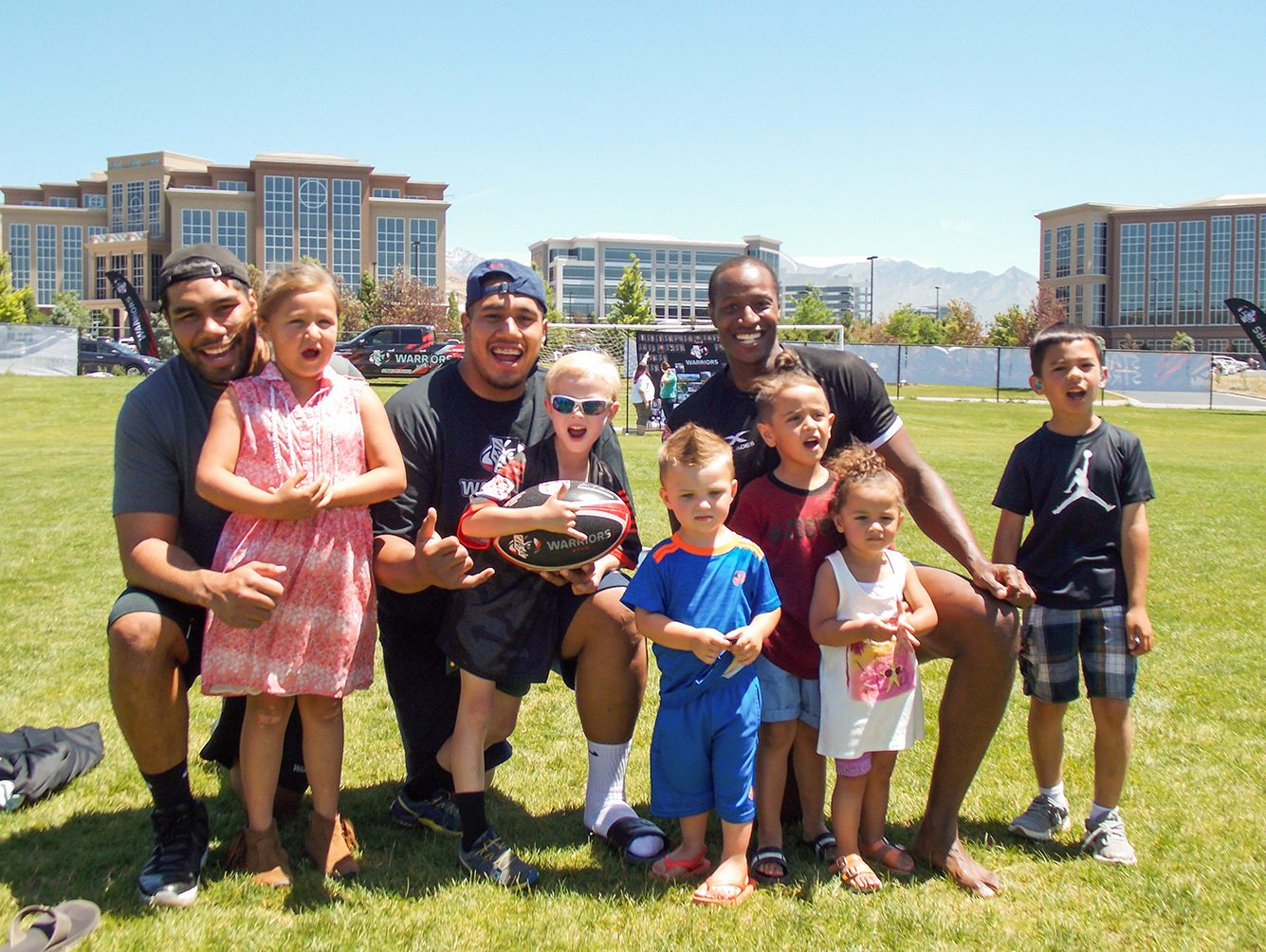 The Utah Warriors “Pies and Tries” event last Saturday brought together families, food, and the love of all things rugby. At the Five12 Championship Field on Ashton Boulevard in Lehi, current fans and newcomers to the sport met the players, ran a few drills, got the chance to win tickets to upcoming matches, and tried some of the Warriors favorite foods, like authentic New Zealand Meat Pies.

Rugby is said to be a “hooligan’s game, played by gentlemen.” It’s a fast-paced sport, with the physicality of football, and the ebb and flow of soccer. Rugby’s popularity is on the rise throughout the U.S., and especially in Utah. Utah Warriors Creative Director, Billy Racule

A young fan runs drills at Pies and Tries with the Utah Warriors. | Jennifer Wirth

said, “Rugby is growing quickly in popularity because it’s the ultimate team sport. There are players of all shapes and sizes, and everyone gets to touch the ball. It’s a fast-moving sport that keeps fans interested throughout the entire game.” Along with great local fans comes local talent, and people of all ages are interested in not only watching Rugby, but in getting the chance to play.

For the past three years, the Warriors have hosted the country’s first community-based recreational Touch Rugby League. Games are played on the Five12 Championship Field in Lehi. The season will soon be starting for touch rugby youth leagues, men’s elite division, as well as a corporate co-ed division.

The Warriors are one of eight teams that compete as part of Major League Rugby. The MLR is based in Salt Lake City and is the premier rugby competition league in the U.S. Racule said, “There is so much talent here in Utah. Over half of the current Warriors team is from Utah.” When asked what his favorite thing about Rugby is, Warriors player Saia Uhila said “I love the fact that Rugby truly is a gentleman’s sport. It might look like we want to kill

The current season is wrapping up, with two matches left. The Utah Warriors play at the Zions Bank Stadium in Herriman. More information about the Utah Warriors and the Touch Rugby League can be found at www.warriorsrugby.com .

Being the father of fifteen not for the faint of heart