Being the father of fifteen not for the faint of heart 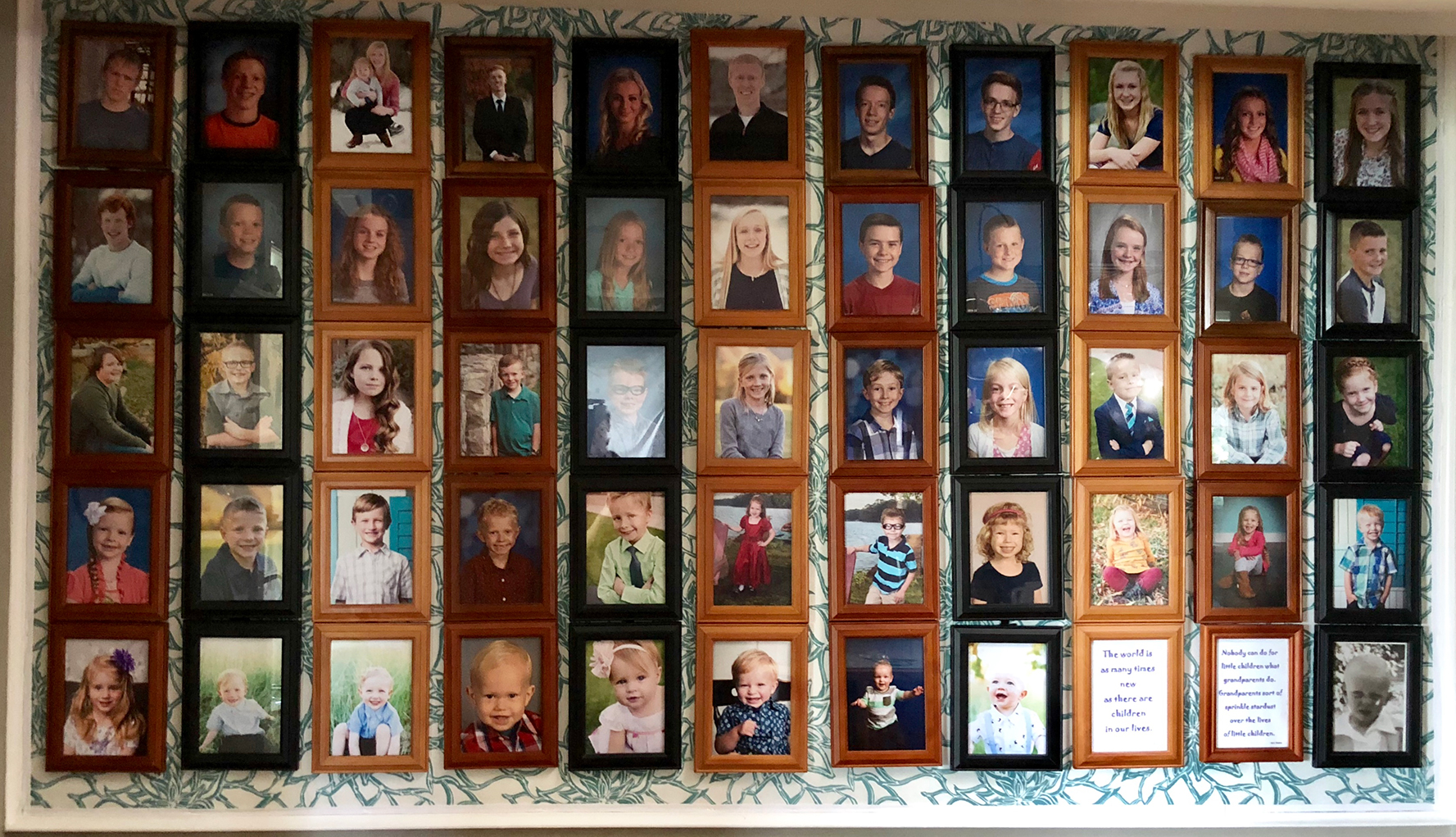 When Sharee Mather’s husband, Garth, passed away from a brain tumor, eleven children were left fatherless. Neil Johnson suffered a similar tragedy when his wife, Georgia, passed away from breast cancer leaving Neil with four children. Neil had been a neighbor and friend of the Mather family. Georgia had been a Primary teacher of Sarah, one of the Mather daughters with cerebral palsy. Georgia recognized the greatness of handicapped children and felt a closeness to the Mather family.

“We had a lot in common,” said Neil, and eventually the couple decided to blend their families. On Mar 11, 1995, Sharee and Neil were married, creating a family of fifteen children. “When we got married we had a child in every school class from third to a senior in high school. Four children had already graduated from high school.”

When asked, “What was the most difficult challenge in the new family?” Neil said, “Discipline. We both had our own ideas about parenting. We decided I would discipline my children and Sharee would discipline her children. We would become cheerleaders for the other’s family. It worked well that way,” Sharee said. “Being a mother to kids when I wasn’t their mother was hard.”

Feeding seventeen people was a daunting task, explained Neil. “The older ones helped prepare breakfast and lunch for the younger ones. Our milk bill alone was $300,” Sharee added, “I fixed a lot of pasta, rice, and potatoes.” “I didn’t help much with the cooking, but I washed thousands and thousands of dishes,” said Neil. “I canned lots of food, bought food in bulk, and shopped sales,” continued Sharee. “I wanted to lock the pantry, but Neil wouldn’t let me.”

“Financially it was a struggle. I taught school and stretching the dollars was a challenge,” said Neil. Sharee admits it was the hardest thing she has ever done, but we stayed friends, worked through hard times, and set a good example.

Neil shared several notes written to him by grandchildren. Rachel wrote, “Thank you for loving us, caring about us and making the effort to stay involved in our lives. You’re a great friend and listener. We are lucky to be a part of your family.” Colin wrote, “Thanks for being the dad I always dreamed of.”

Neil taught school for 44 years. He said, “I have taught over 7,000 students. I taught many amazing kids. I taught English and knew a lot of kids didn’t like English so I tried to make it fun for them.” In 2010, while teaching at Orem High, Neil was chosen “English Teacher of the Year.” One of his former students wrote the following: “Mr. Johnson may look like an old geezer, but inside he has the heart and mind of a teenager.”

Pies and Tries with the Utah Warriors Rugby Team