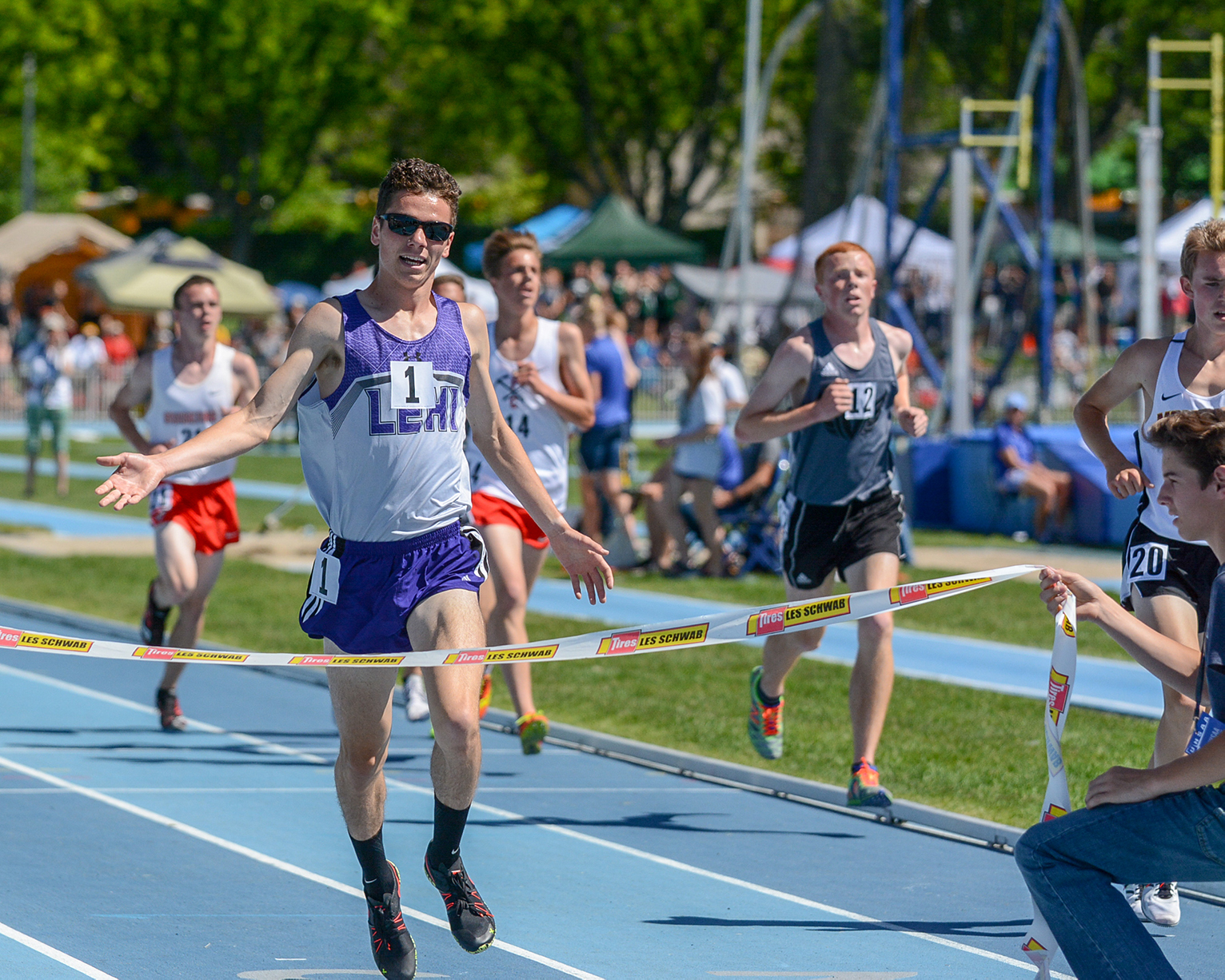 Ryan capped off his illustrious track career as a Pioneer with wins in both the 3200 meter and 1600 meter races. He led the 3200-meter event from start to finish. The crowd stood and cheered him on as he ran the final lap of the race setting a new state record with a time of 8:54.09. He shattered the previous record by 3.9 seconds. Raff opened a significant lead on the first lap, increasing the gap between himself and the field with each lap.  He crossed the finish line more than 30 seconds before the next runner. Ryan’s winning time in the 1600-meter run was 4:15.96. Ryan ends his senior season as the reigning state 4A cross country, 3200 meter and 1600 meter champion. He will continue his running career at Northern Arizona University.

Anna completed an amazing sophomore season by winning the 3200 meter in 10:46.59. She dominated this event all season long, winning every race in which she competed. Martin also placed 3rd in the 1600-meter run. She also ran cross country for the Pioneers last fall, placing 2nd at the state championship meet.

With a throw of 53-01 feet, Trey won the shot-put event. He took 3rd in the discus. A junior, Trey will have the opportunity to defend his state title next year. Trey was also a member of the varsity basketball team and the state champion football team this year.

Amy, a junior sprinter and long jumper had a breakout year earning three medals at the state meet.  She placed 2nd in the 100 meter, 3rd in the 200 meter and 4th in the long jump events.  Amy will put her speed to use on the soccer pitch for the Pioneers next season as a member of the soccer team.

The Pioneer boy’s team placed 4th (36 points) and the girl’s team placed 5th (38 points).  The combined team score of 74 points earned them a 5th place finish, overall, out of the 25 teams competing in the 4A classification.

Josh won the 400-meter event in 47.80 seconds. Incredibly, Josh was undefeated in this event at all the major outdoor track events this season. He also took 4th in the 200-meter final.  Just a junior, Josh will look to have an outstanding senior season.

Austin, a junior, cleared the bar at 6-08.00 on his third attempt to win the state title in the high jump.  This jump equals his personal record set earlier this month at the BYU Invitational Meet.

The team posted an impressive time of 3:21.20 to win the race. They crossed the finish line over 3 seconds before the second-place team. The team consisted of Clayton Schmidt, Andrew Perkins, Gavin Sturgeon, Josh Taylor.

Adaptive Olympics brings out the best at Snow Springs Elementary