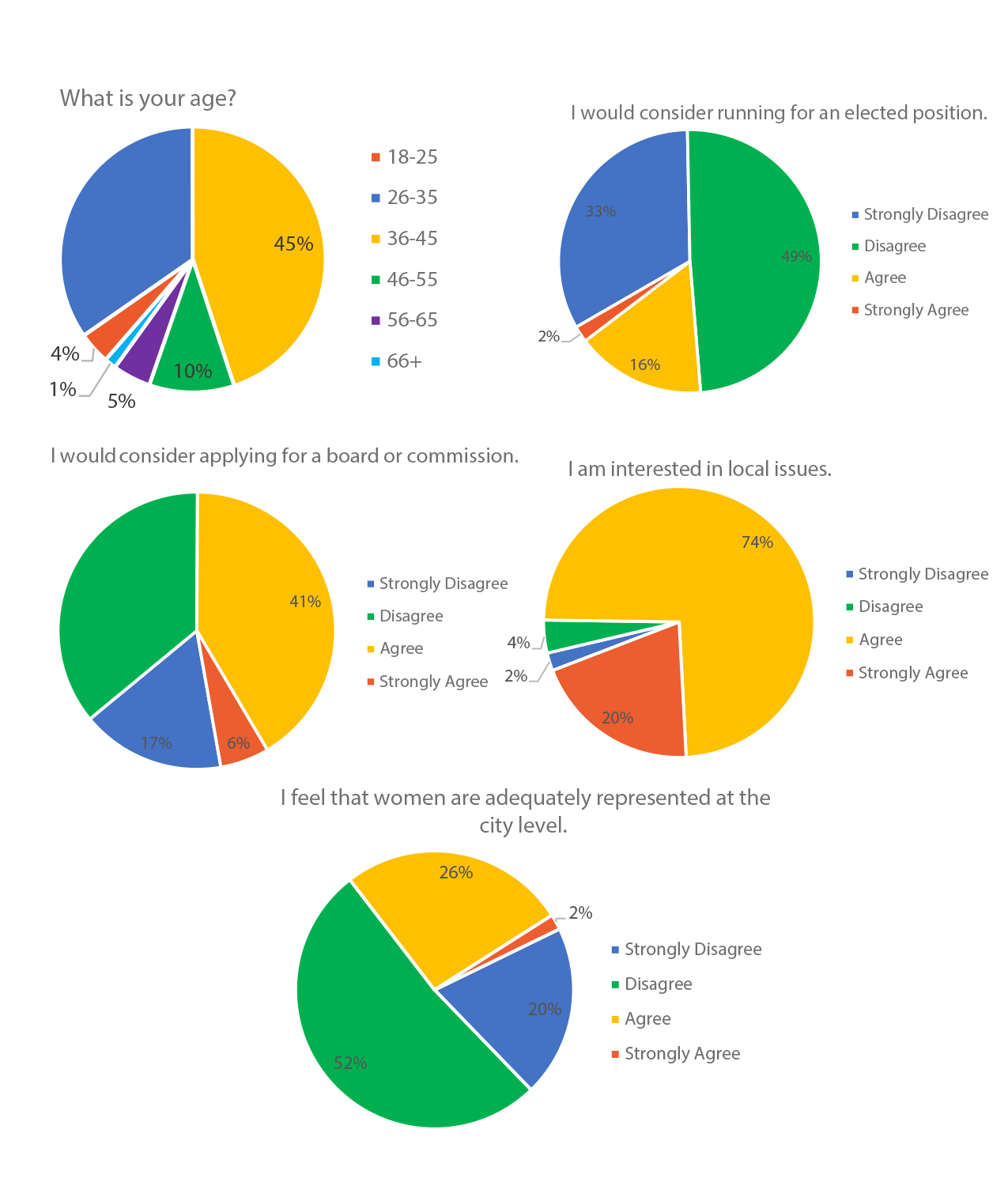 72% believe women are not adequately represented in Lehi City government

Lehi City conducted a Facebook survey in March targeting Lehi women. The survey asked 14 questions, mostly about women serving in local government. It was available March 1- 12, and there were 288 completed responses.

Because the survey was conducted on Facebook, the results skewed toward younger women who use social media more than older women. About 80% of the respondents were between 25-45 years old, and 81% of them voted in the November 2017 election. The sample represented a small fraction (less than 2%) of the roughly 17,000 women in Lehi over age 18.

Most questions focused on respondents’ knowledge of elected positions, city boards, and commissions where opportunities to serve exist. Respondents were asked if they felt women were adequately represented at the city level of government, 72% of respondents disagreed or strongly disagreed.

Most of the respondents were aware of opportunities to serve in various government capacities. When asked if they would consider applying for a volunteer board or commission, 47% responded in the affirmative. For most, the barriers mentioned that prevented them from serving were “too busy,” “they have young children at home,” or “lack of knowledge.” Also, most were not willing to run for elected positions, despite the belief that women were not represented adequately.

Some of the most notable responses to the open-ended question, “What would encourage you to run for an elected position?” were:

Shaye Simkins, a BYU graduate student and intern working with Lehi City, wrote the survey. After compiling the results, he recommended some of the following tactics to involve more women in local government:

After Mayor Mark Johnson received the results of the survey he commented, “Three of the barriers that respondents felt prohibit them from running for public office can be effectively addressed by the city. “Feelings of intimidation, lack of knowledge and being insufficiently qualified” can be corrected through training and increased opportunities to serve civically. The City Council has agreed with my proposal to create new service organizations which will provide support in removing the barriers.”

This is the first survey Lehi City has conducted for women, querying women about serving in Lehi City elected offices, boards, and commissions.