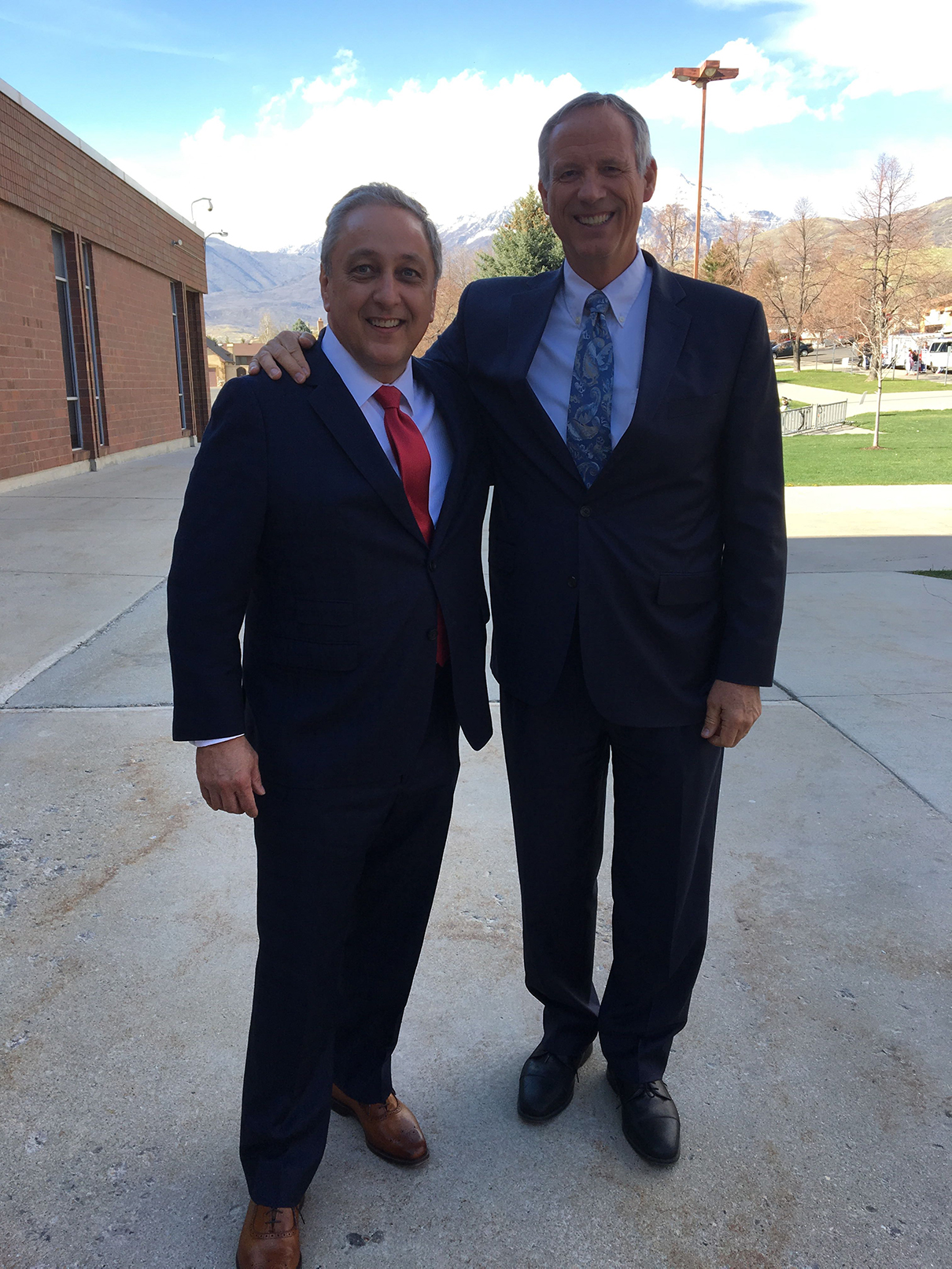 Maloy will now move to the General Election in November. “I was very pleased with the results. I feel like I was able to re-earn the trust of the delegates and the people of our district. It’s something I take very seriously,” said Maloy.

Utah House District 56 legislator Kay Christofferson ran unopposed and will move to the General Election in November. Christofferson addressed the delegates in his district and held a question and answer period. Christofferson said, “I’m impressed with the dedication of the delegates. This was a long day. It went from 7 a.m. to 5 p.m. That’s a lot of work, patience, and time on a Saturday when they could be doing something else. That’s what makes our country great. Sacrifice like that.”

“To me, working with the delegates was a great experience. We took the campaign very seriously. We reached out to all the delegates. I don’t think there was a single one we didn’t communicate with in some form. It was a great group of delegates,” added Maloy.

Jim Phelps, a Lehi native running for Utah County Sheriff, along with Pleasant Grove Police Chief Mike Smith, emerged as the two Republican candidates who will face off in June’s primary election.

Delegates were encouraged to download a voting app called “Voatz.” Technical glitches plagued the use of the app, similar to the attempted use of the app during precinct meetings a few weeks ago. Ultimately, county officials decided to use paper voting to conduct the elections. Delegates were patient with the voting process, which at times was somewhat lengthy.