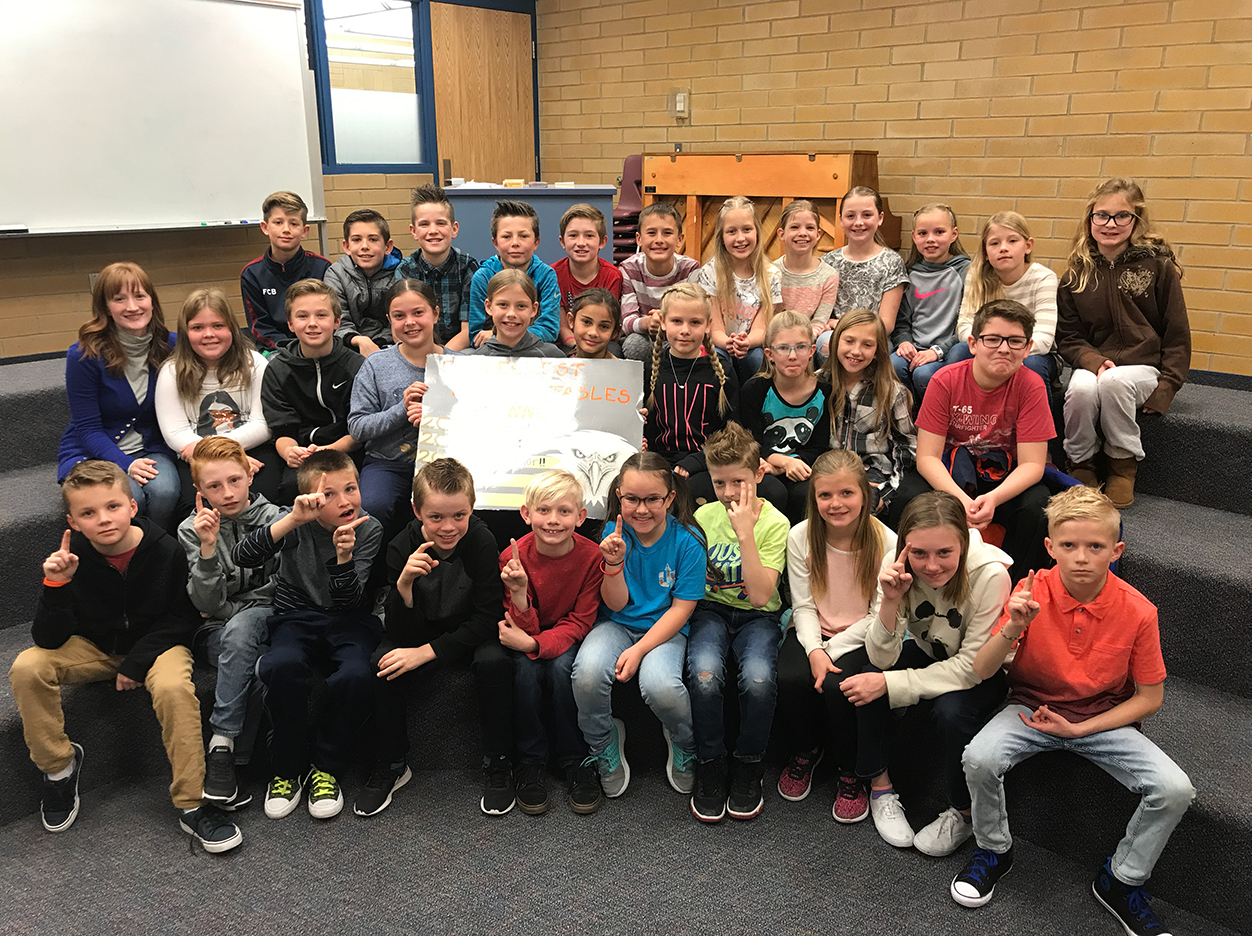 On Monday, March 26, Eaglecrest Elementary School created their own version of March Madness. It was not a basketball tournament, but a math facts tournament. To help students master basic math facts, the school’s first and second-grade student classes competed against each other for the title of “Addition Facts Champions.” The third through sixth-grade classes competed for the title of “Multiplication Facts Champions.”

Eaglecrest Assistant Principal Brad Greenwood, organized and supervised the tournament. He “seeded” the classes, drew class and students’ names as they competed, and served as the “referee.” Mrs. Senior’s fourth-grade class (an underdog because of their youth) won the third to sixth-grade multiplication facts competition. Mrs. LaBare’s second-grade class won the addition facts portion of the tournament.

After they had won, the winning classes’ cheers could be heard throughout the school. According to Greenwood, “The kids really enjoy it. It’s been great to see our students put in the effort to learn their math facts. It’s also very practical because everyone benefits from learning math facts well.”  This is one more example of local schools making learning fun.