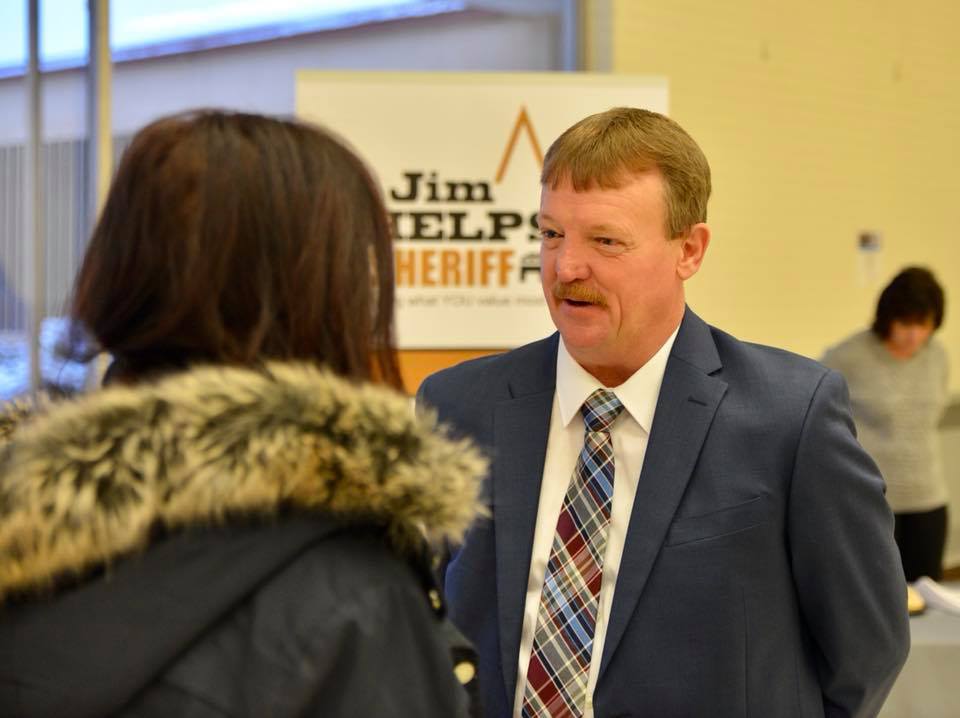 Running as a Republican, Phelps explained that he entered the race late because his retirement had to be concluded before he could declare his candidacy. Phelps explained to the audience, “I retired so I could run for the office.”

Phelps has an extensive career in law enforcement. He has served twenty-five years with the U.S. Marshals Service. His other experience in various aspects of law enforcement includes: narcotics, crimes against children, gang violence, and white-collar crime. During a portion of his career, Phelps managed over 700 federal inmates daily, including transportation and budget management. “I can run a jail,” Phelps stated.

In his speech to those in attendance he said, “We have a gang problem in Utah County. I have served on the Salt Lake County gang task force. I know there are gangs in Orem, Provo, and Pleasant Grove. We can’t wait until they are out of control. 90% of gang offenses don’t make the news.”

Regarding Utah County’s opioid abuse crisis, Phelps said, “We have a horrible heroin problem in North Utah County. I have worked with Utah Attorney General’s office on this issue. Drug dealers are coming here from Salt Lake County.”

Phelps took questions from the audience. One attendee asked about Phelps’s thoughts on school safety. He responded,

“We need to have good officers in elementary schools. Kids need to trust us. We need to identify those making threats by doing social media searches, asking friends and neighbors. These individuals can be identified early. We need good law enforcement officers. Let school personnel who want to be trained how to respond and carry weapons be empowered. All faculties should be involved in shooter training.”

“What about drug problems?” another citizen asked. Phelps responded, “We need to get into our schools. We shouldn’t criminalize kids for drug offenses. We need to identify programs that work and make them accessible for kids. We also need to identify suppliers.”

Another question from the audience was, “How do you keep people from re-offending?” Phelps talked about a program showing great effectiveness in Washington County. “The ‘In and Out’ program gives offenders many options after incarceration.”

In conclusion, Phelps said, “There is nothing more important to me than protecting you, your family and property.”

Phelps and his wife, Cammy, are the parents of four boys and one daughter. They currently reside in Alpine.

Phelps is running against Mike Smith and Darin Durfey, both of Pleasant Gove. Current Utah County Sheriff Jim Tracy is not seeking re-election.