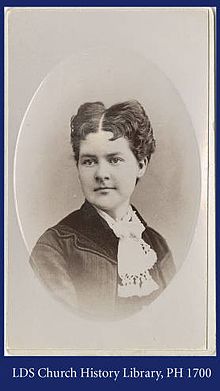 In a week that didn’t see a lot of action for Lehi’s legislative representatives’ bills, all three took part in the highly publicized vote to replace the statue of Philo T. Farnsworth with the statue of Martha Hughes Cannon in the United States Capitol’s Statuary Hall. All three of Lehi’s legislators voted “yes.”

The statue of Farnsworth, who invented the television and holds over 300 U.S. and foreign patents for electronic and mechanical devices, has stood in the U.S. Capitol for 28 years along with a statue of Brigham Young. Every state in the union is allowed two statues, and a statue may be replaced after ten years.

In 1896 Martha Hughes Cannon became the first woman elected as a state senator in the U.S., defeating her own husband, Angus Cannon, in the election. She was a physician who was a popular speaker on the national circuit during the push for women’s suffrage.

“I thought it was too bad [the idea] had to be so divisive,” said Representative Kay Christofferson (HD 56). “The reason I voted for it was because it’s a special time for Martha Hughes Cannon and what they want to commemorate,” he said, referring to the upcoming centennial anniversary of the 1920 passage of the 19th Amendment to the U.S. Constitution, which gave all American women the right to vote.

“We know both of them better now after the discussion,” he said of Farnsworth and Cannon.

Representative Cory Maloy (HD 6) said he has probably received more emails on this bill than any other. He said he voted for the measure because “It doesn’t take anything away from [Philo Farnsworth] and I think what Dr. Martha Cannon accomplished in the time period in which she did it was amazing.” Senator Jake Anderegg (SD 13) also voted in favor of the measure.

In his week review video, Anderegg defended his decision to run a bill giving up to $1 million to the organizers of Silicon Slopes Tech Summit, which he said has drawn strong opinions both in favor and against it. He acknowledged that while many feel it’s not the proper role of government to fund marketing for private industry, he is responding to Silicon Slopes constituents who requested the assistance.

He emphasized the inclusion of a sunset provision and accountability requirements in the bill.

Christofferson also discussed changing his vote on a bill dealing with medical cannabis. After originally voting against HB 197, “Cannabis Cultivation Amendments,” he spoke with the bill’s sponsor. That discussion allayed his concerns about widespread cultivation of cannabis.

“I don’t want an industry to be built up around it,” he said, explaining that he is satisfied that the bill is structured so medical cannabis would be dispensed from one highly regulated location in the state and treated like a prescription. The bill passed on its second attempt by one vote.