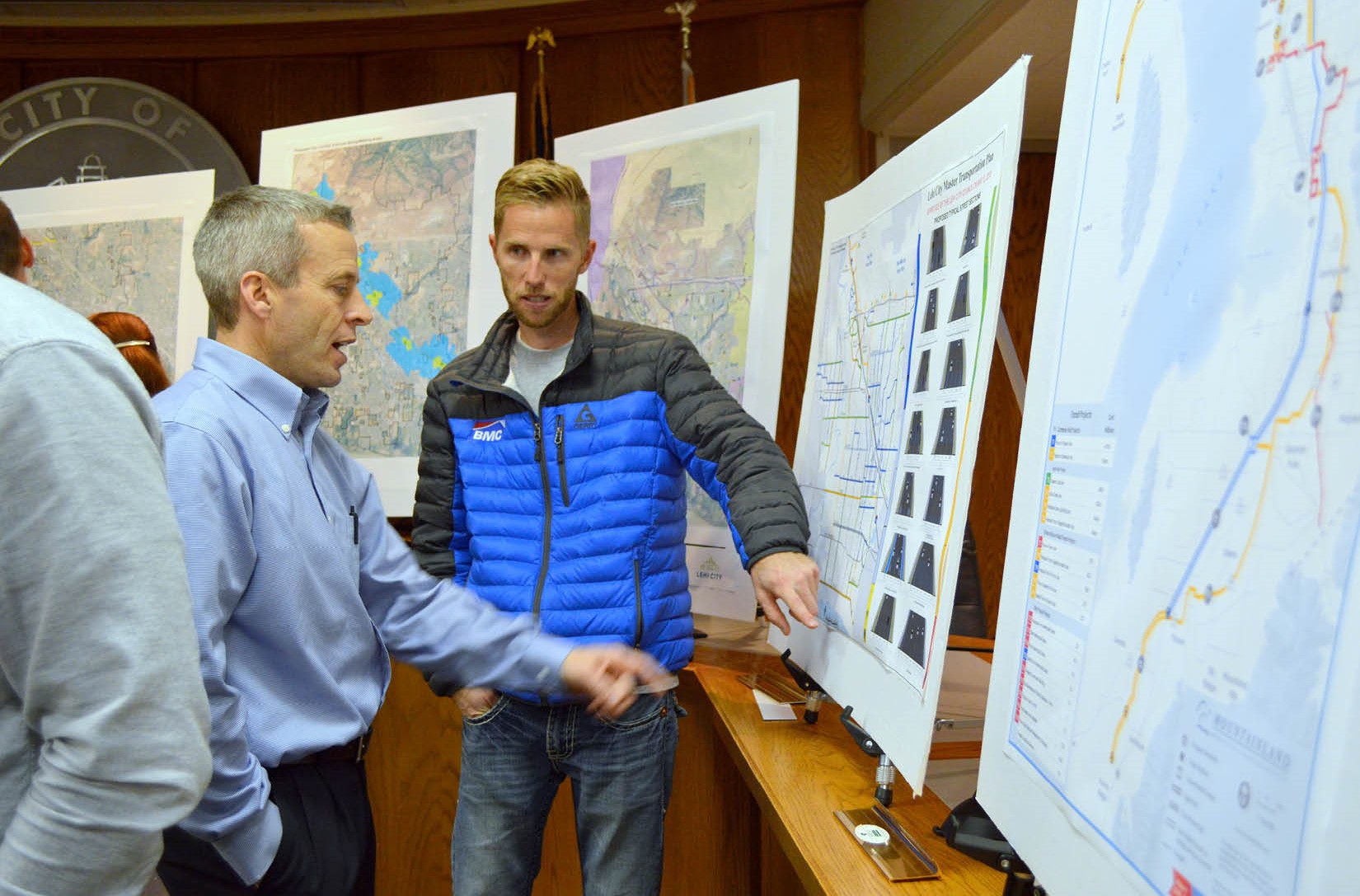 The Lehi City Planning Department hosted an open house on Wednesday, January 24, where they revealed transit strategies that will ease the traffic congestion in Lehi.

“It’s a natural bottle neck at Point of the Mountain, so you can’t just continue to widen the freeway – there’s a mountain there,” Landon Hawes of the Lehi City Planning Department pointed out. There are a million residents in Salt Lake County and over 500,000 in Utah County now. It is projected that by 2065, Utah County will have over one million residents, more than doubling our current population. City governments and the Mountainland Association of Governments (MAG) are making plans for alternative transportation that will benefit the flourishing North Utah County now and in the future.

The light rail (TRAX) in Salt Lake has been operational since 1999 with improvements and expansions over the last 19 years. Every day TRAX carries about 67,000 riders, approximately the population of Lehi right now. Continuing the light rail train from Sandy, over the Point of the Mountain and through Lehi running north and south is a project that is in the earliest stages of development. During Landon Hawes’s presentation at the Transit Open House, one Lehi resident asked how they could ensure ridership on TRAX in Lehi. Hawes explained several ideas the city has to make sure enough people ride TRAX to make it worth the expense and time the project will require. “First, have transit supported land uses. We want to put high-density housing where it makes sense, and that does not mean in the middle of a field. We’d like to put high-density and mixed-use areas near I-15 and along the light rail route within walking distance of the stations,” said Hawes.

Lehi City Planning staff have also identified that the city will need diverse housing types, including places where working singles can afford to live, to ensure ridership on light rail trains. “We don’t have a lot of senior housing, or housing for single parents with children. When you have trains near that type of housing, people don’t need cars to get to where they need to go,” explained Hawes. To get riders from the station to their homes, city staff wants to make sure there are bus lines and plenty of bike and walking trails that connect to the “first and last mile” of the train routes.

Several residents at the open house asked about the possibility of an east-west light rail train, one that would provide a connection to Thanksgiving Point, businesses on the west side of I-15, and commuter options for people living in Saratoga Springs and Eagle Mountain. “We definitely want to have the synergy of those connections,” said Hawes. As of now, though, there is not a plan for an east to west TRAX line.