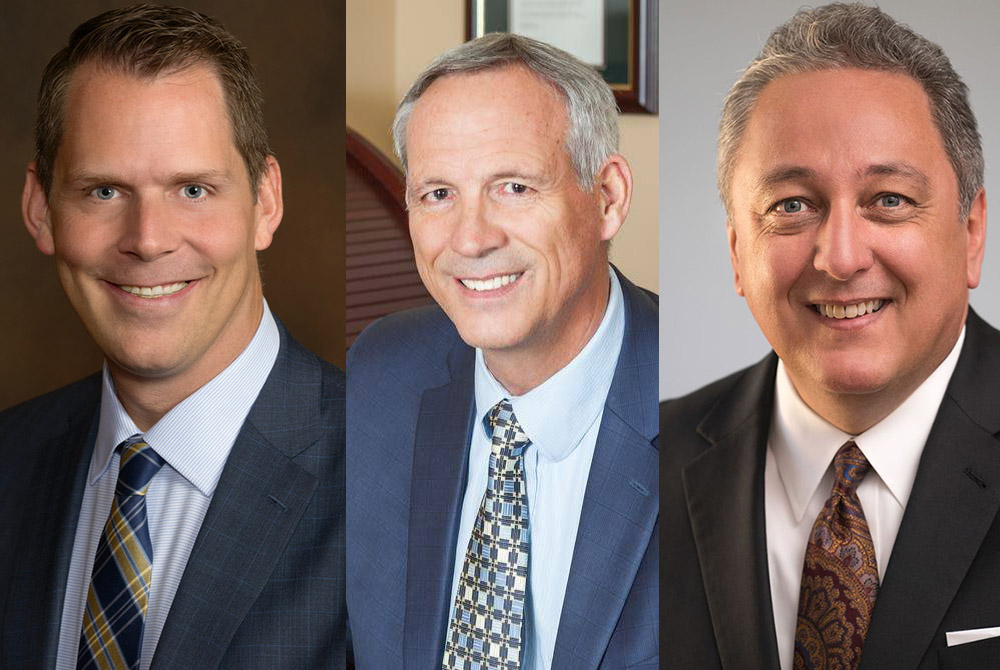 Utah’s 2018 legislative session will get under way Monday, January 22. The three legislators who represent Lehi’s residents discussed the bills they are running and the big issues they expect to see addressed by the legislature this year.

Senator Jacob Anderegg (SD 13), who will serve as chair of the Senate Economic Development and Workforce Services Committee, will run a handful of bills creating tax incentives or state appropriations to businesses through the Governor’s Office of Economic Development (GOED). He will also be working on changes to a student privacy bill he ran successfully last year, and a tax credit for taking concealed carry weapons training.

Representative Kay Christofferson (HD 56) will serve as the new chair of the House Transportation Committee. His main bill will seek to do the opposite of Anderegg’s by eliminating GOED’s tax incentive program altogether, including the motion picture tax incentive. The same bill, which Christofferson is running to “level the playing field,” will also seek to exempt the purchase or lease of certain materials and machinery from sales and use tax. Another bill will provide supplementary salary awards to qualifying STEM and special education teachers.

Representative Cory Maloy (HD 6) will run bills dealing with EMS training, self-defense, business licensing requirements and homeowner’s associations. Two of the bills – one which would protect audio recordings of EMS calls so they could be used in training, and one which would establish “no duty to retreat” when threatened by a criminal – got close to passage last year before the session clock ran out of time.  Maloy has worked to ensure these bills were in the queue early this session so they get a full hearing.

All three agreed that one of the major issues the legislature will tackle is tax reform. There are a number of questions about how the changes to the federal tax code passed by Congress in 2017 will affect Utah. Maloy said economists are looking at the implications of the federal changes now and the legislature will take their findings into account as they determine how to proceed. Angeregg said the general fund is shrinking because sales tax revenue has been shrinking due to online sales, and this issue will likely be considered in the tax reform discussion.

Maloy said that with the state experiencing a budget surplus, many legislators appear to be in favor of using those funds to pay back the “rainy-day fund,” which is designed to be a savings fund for education and Medicaid. However, the legislature has dipped into it for other spending and it’s now low. He and Christofferson both expressed support for using surplus funds to restore the rainy-day fund. Anderegg’s position is unknown.

Election laws and ballot initiatives are likely to be hot issues, said Anderegg, as well as the debate surrounding medical marijuana, or cannabis legalization. Among ballot initiatives which he noted underway in the state is one called “Our Schools Now,” which seeks to raise income taxes for education funds, with strict stipulations as to how those funds are awarded to schools and how they are to be used.

Education funding has been increased $1.8 billion in the past five years, he said, and it’s wrong to give special treatment to one budget item – education – over the others when the legislature must weigh competing interests to meet its requirement to balance the budget each year.

Other debates over education will take their usual prominent place, said Maloy, who thinks looking at ways to better use funds will yield better results than “throwing more money at it.” He also expressed dislike for the Our Schools Now initiative.

“They’re putting on the ballot a 20-25% increase in income taxes,” he said. “It’s debatable whether that money will get where it really should go. There really is no appetite in the legislature, in my opinion, for tax increases.”

Christofferson, who had a long private sector career in transportation, notes the importance that tax issues will have as the population – especially along the Wasatch Front – continues to grow.

He’s heard plenty of positive feedback from legislators on his bill to end the GOED tax incentive programs. “They’re saying, ‘It’s about time,’” he said. He also noted that the portion of the bill eliminating taxation on certain machinery and equipment will benefit those in rural counties.

Maloy wanted to inform his constituents that he will run for re-election this year, and will pursue only the caucus convention route. He will not pursue signature gathering.

All three legislators welcome communication from constituents. Anderegg represents all Lehi residents. Christofferson’s district includes much of eastern Lehi, and Maloy’s takes in western Lehi and Traverse Mountain. Residents can find who represents them by visiting le.utah.gov/GIS/findDistrict.jsp.