Lehi Luminary: Bruce Fowler, the man who talked with Einstein 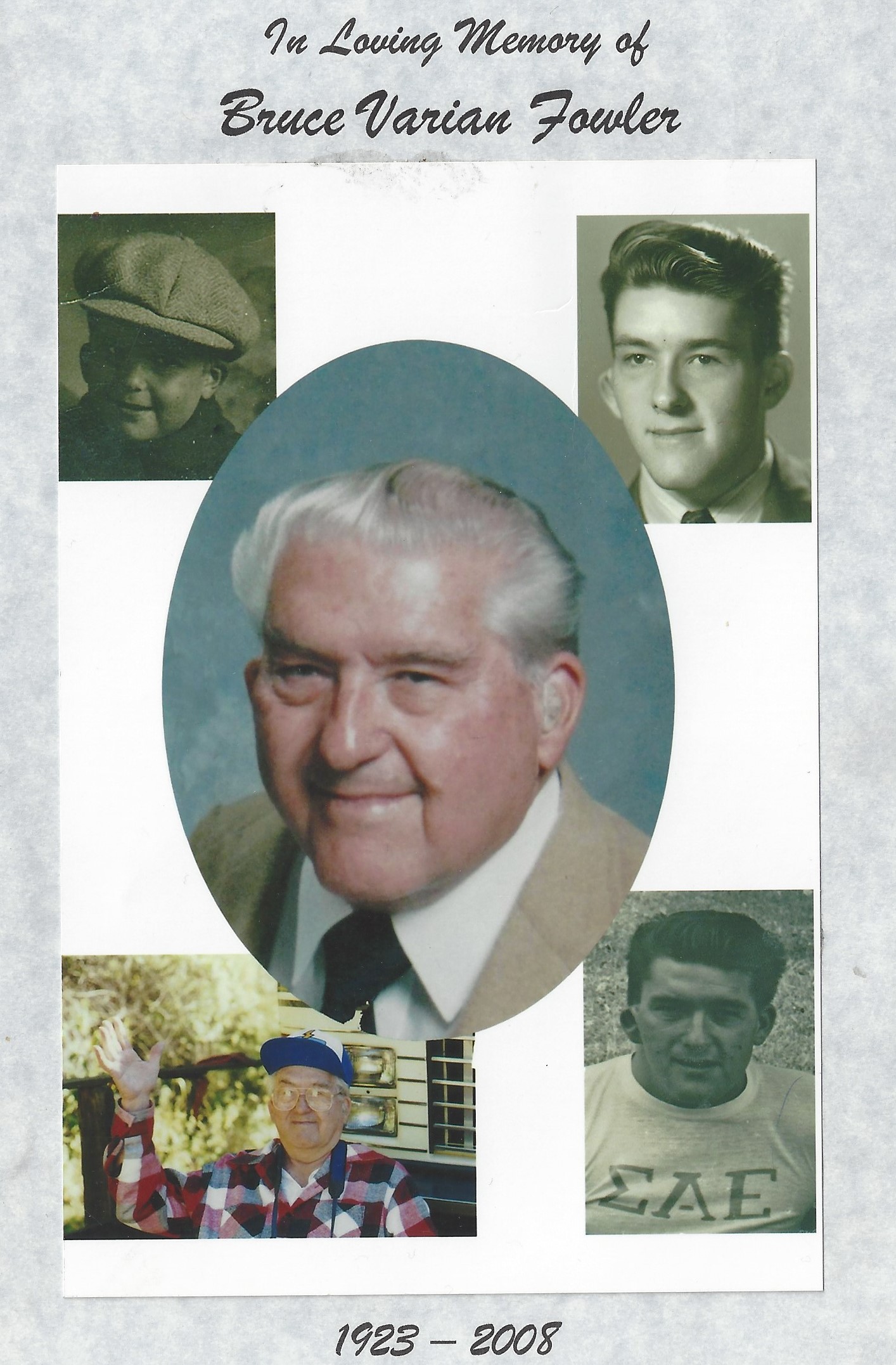 Bruce Varian Fowler was born with heart-related defects and hearing impairments, but, despite these limitations, led a remarkable life of achievement. Fowler and his nine siblings lived on the north bench in Lehi and weathered the hard years of the depression with optimism and resourcefulness. His parents were Catherine “Kate” and Daryl Fowler.

Bruce grew up listening to stories told by his older sisters, Vady and Iris, about their husbands’ (Carl and Lincoln) brother, Philo T. Farnsworth. Philo, a Beaver, Utah native, was the first inventor to successfully broadcast a television signal. Bruce was intrigued with the idea of microscopic particles that could transmit pictures. After graduating from Lehi High School, his interest in electronics guided him to obtaining an electronic engineering degree from Utah State University.

After graduating from USU, Fowler obtained top secret clearance to work at Remler Company as their production engineer building sonar, radar, and military radio wave transmitters. A few years later he obtained “Q” security clearance and became a founder of the California Research and Development Company (now known as the Lawrence Livermore Radiation Lab). While there he purchased their testing equipment and organized personnel who set up their nuclear test instrument facility.

Fowler left the RAD lab in 1953 to work for the Electronic Warfare Division of the Signal Corps in White Sands, New Mexico. His project responsibility was an engineering analysis of all army missile electronic warfare measures and counter-measures for vulnerabilities and formulation of deployment tactics. During this time, it has been purported that Fowler had several conversations with Einstein before Einstein died in 1955.

Later Fowler worked at Boeing where he developed the Bomarc missile guidance and telemetry system related to cold war defense. In 1958 he was Chief Project Engineer for the F-106 supersonic flight control stability amplifier, one of the first all solid state printed circuit board, or “black box” devices in one of the first “fly by wire” combat jets.

During the Cold War, Fowler made a philosophical career change. He began working for Varian Associates as a project engineer developing measurement instruments to map the Earth’s magnetic field (Nuclear Magnetic Fluxmeter), designing and manufacturing atomic frequency standards instruments (atomic clocks), and graphic recorders.  He obtained two US patents for their basic technology.

Hewlett Packard bought the projects designed by Varian Associates where Fowler had designed instruments for lunar missions. One of the more interesting uses for his atomic clocks was proving Einstein’s general relativity theory.

Fowler married Virginia Torres and together they raised three boys Ladd, Gary, and Mark, in Los Altos, California. The boys all live in the Bay Area near their mother. Fowler loved his Lehi roots and would bring his family to visit Lehi every summer. He passed away in 2008.