Johnson, Condie, and Hancock sworn in 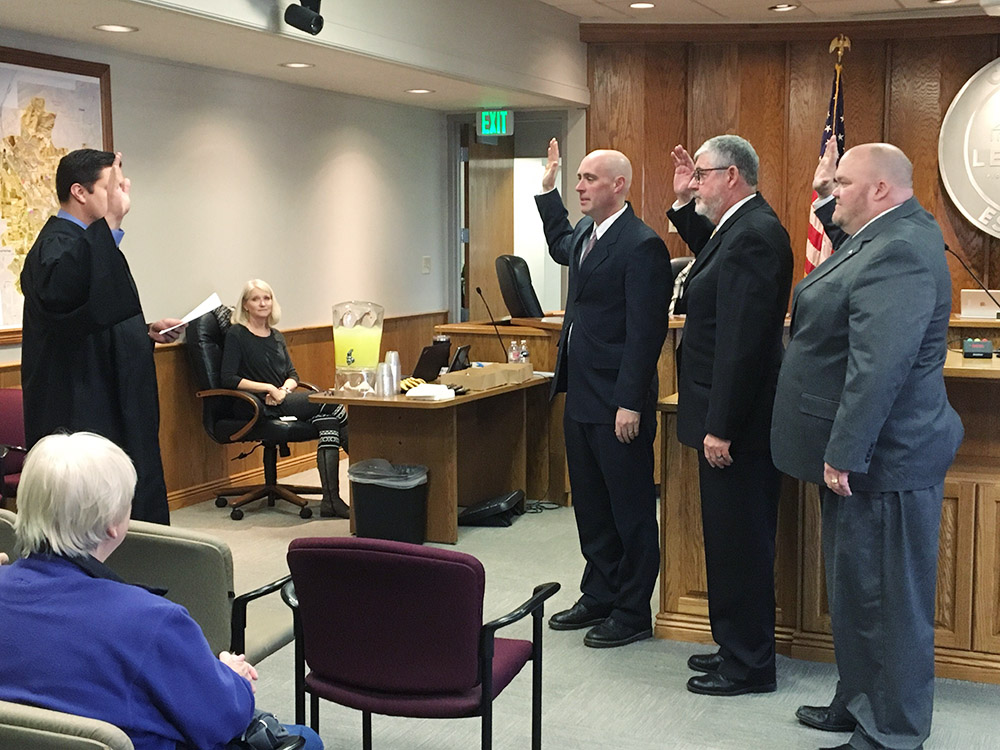 In a brief ceremony on Tuesday, January 2 held at the Lehi City Council chambers, Mark I. Johnson was sworn in as the new mayor of Lehi City. Two re-elected City Council members, Paul Hancock and Christopher Condie, also took the oath of office. All three of the newest elected officials will serve four-year terms. Each spoke and expressed thanks to those who supported them in the recent election. Johnson addressed the attendees of the meeting, “To all the people here, I want to thank you for your support… we’ll continue to move forward to do great things in Lehi.”

Regarding his priorities as Lehi’s mayor, Johnson said, “I have already talked to planning, engineering, and public works about being more critical of our infrastructure master plans. We will be looking hard at how growth is going to impact transportation and our utility systems.” He further added, “I am going to focus on the cornerstones of my campaign – fiscal responsibility and ways to work smarter.”

Related Topics:
Up Next
Don't Miss