Utah Lake all but disappeared in the 1930s 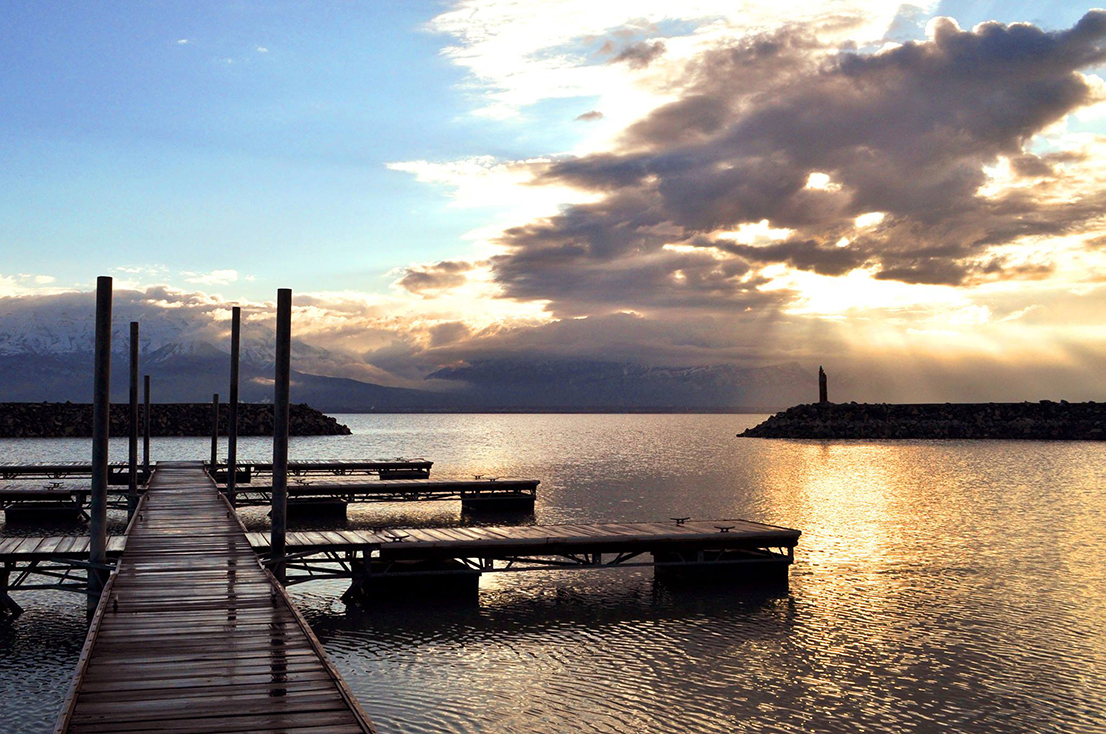 Utah Lake takes a lot of heat for some of its characteristics, like unclean waters, shallow depth and an invasion of invasive fish, compared to other lakes in Utah. But just imagine Utah County without the lake, which is exactly what happened in the 1930s, and suddenly that old lake is not so bad.

During the Dust Bowl of the 1930s, Utah County had its own crisis. A Lehi Free Press article from Nov. 22, 1934, reports a, “very novel and interesting walk.” It reads, “…three men started from Pelican Point and walked directly from the point across the lake to the site of the old Murdock resort south of Lehi. They found the lake bed crusted and cracked into large cakes.”

In all fairness to the Dust Bowl, this state was not entirely due to the drought conditions of that day but possibly lack of vision and planning.

Around the turn of the century, Salt Lake and its county enjoyed the water that flowed from Utah Lake through the Jordan River channel. But in 1900-1901 there was an extreme drought, which shrank the river by 25 percent, and starved those north of that water supply. Therefore, in 1902, a large pumping station was proposed and approved. Lehi: Portraits of a Utah Town says of the pumping station, “When all eight units were in full operation the plant was delivering seven hundred million gallons of water every 24 hours. At the time it was considered to be the largest pumping station in the world. In 1920, a $185,000 construction project [at Pelican Point] doubled the plant’s capacity.”

It appears this situation was agreeable until the drought conditions of the 1930s set in, and appropriate adjustments at the pumping stations were not taken.

An opinion piece from the Mar. 21, 1935, Lehi Sun, reads, “The draining of Utah Lake which has been taking place from year to year ever since the installation of the pumps by Salt Lake City and County, so that when an emergency year came, such as we had last year, there was but little water left in the lake, then pumps were installed at Pelican Point from which place practically all the water of the lake can be drained off.

“In the past years apparently all the concern the Salt Lake people had was to keep their canals full irrespective of the effect it was having on Utah Lake and Utah County.”

During that time, “The lowest level recorded [at Utah Lake] was 4477 feet during September 1935, 12 feet below the compromise level,” according to a 2003 article entitled, “Thirties Drought Still Utah’s Worst,” on slcdocs.com. “At this level the lake is essentially drained.”

A writer for the Lehi Sun wrote on Sept. 26, 1935, “. . . I visited the new pumping plant at Pelican Point. From the north shore of what used to be a beautiful lake we were unable to see any water, but, surely, if we drove to Pelican Point, which is about fourteen miles from here we would be able to or at least get a last glimpse of something, shall I say a vanishing friend, but to our great surprise as far as the naked eye could see, for miles and miles in all directions, nothing but dry land.

“…We drove for at least one and a half miles, through a solid forest of flowering Tamarac…”

The situation was so bad the fish were being sunburned. An Oct. 4, 1934, Lehi Sun story, reports “Many fish were stranded…but they saved themselves by burrowing holes in the mud. He [the deputy state game warden] said he is catching live fish now which are sunburned, and he showed me fish with chapped sides, which he said, had been caused by sun.”

The story reported the lake’s depth ranged between 7 inches and 14 inches.

All of this was devastating for a number of reasons. For one, the fishing industry that had thrived at Utah Lake ended. But Lehi Sun writer, Geo. F. Shelley may have said it best. His words ring true today, “…property values in Utah County in case of a dry lake…would be affected to the tune of many hundred thousands of dollars…good and pleasant living conditions are what enhances property values…there is no question that the atmosphere and climate of Utah County will be affected.”

“The evaporation from Utah Lake adds humidity to the air, softening the effect of the hot-sun summer days, and contributing to the falling of the dew at night. Those who have experienced life on the desert will appreciate this. At the lakeside, this is more apparent then farther away, but Utah Lake has been felt all over Utah County. Formerly, in the summer time when we had a south wind from the lake, it was really refreshing. Now when a south wind comes up, we see a cloud of sand and dust emanating from the partially dry bed of the lake.”

Since there was more heat thrown off from the lake in the winter before it was converted into ice, this had a modifying effect on the cold temperatures. The presence of rivers and lakes naturally induces rainfall, and with a dry lake, this no doubt affected the rainfall.

The writer encouraged everyone to take up the slogan, “SAVE UTAH LAKE.” Which might not be such a bad slogan to have.

“Turning about to trust” Lee Caldwell