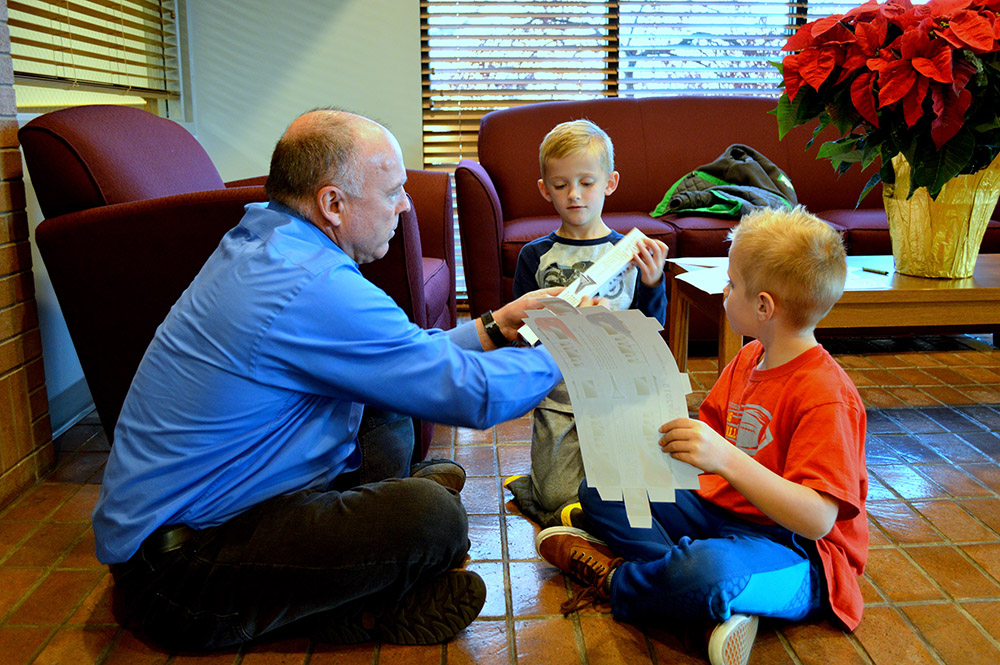 Lehi City and UTA answered questions and presented concept art for the proposed Utah Southern Historic Rail Trail at an open house Dec. 6. The project is a pedestrian crossing bridge over the nine lanes of traffic of SR-92, or Timpanogos Highway.

There is a break in the Murdock Trail, a popular pedestrian and bike trail in Utah County, near the freeway entrance to I-15 from the Timpanogos Highway in Lehi. In the proposal for the pedestrian bridge, Mike West of the Lehi City Planning Division states, “The proposed structure provides an essential connection across one of northern Utah County’s busiest highways. The existing at-grade crossing at Digital Drive and SR-92 is a major barrier to many users due to safety concerns of a pedestrian having to cross nine lanes of traffic through a busy intersection.”

The connecting pedestrian bridge also provides a bike and walking route to the Front Runner station near Thanksgiving Point on the west side of the freeway from the Murdock Trail.

Some of the funding for the proposed bridge is coming from the TIGER Grant, a federal grant through Mountainland Association of Governments (MAG). Lehi City was awarded the grant after MAG determined that the bridge was a pertinent project that should be completed as soon as possible.

The city is also applying for funding to put toward this project through the Transportation Improvement Program. “There is a lot of support for this project,” said West, “so we’re confident we’ll get the funding.”

Richard Miller, a project manager from UTA, was at the open house to explain the concept drawings and answer questions. “We needed to improve access to UTA transit facilities and do a ‘first mile, last mile’ connection. This would connect the Murdock Trail to our station in Lehi.”

The Rail Trail, including the proposed bridge, will complete the first trail connection between Salt Lake and counties on the east side of I-15. That means there will be a 35-mile continuous trail connection from Sandy to Provo.

Lehi resident Brian Perrin shared concerns at the open house that the proposed bridge will not improve the traffic issues at the Timpanogos Highway exit in Lehi. He said there is no access to the pedestrian bridge from the street level, only from the Murdock Trail. “Every time a pedestrian pushes the button to use the crosswalk it takes four cycles for the lights to get back in sync.

“I would like to see street level access to the crosswalk there taken away so that the street lights stay in sync and traffic can flow as it should.”

Perrin has kept track of the interruptions to the traffic lights during rush hour by pedestrians pushing the crosswalk button. He has observed that the delays occur ten times an hour during rush hour at the Timpanogos Highway Exit, and cars are stopped at green lights.

The Utah Southern Historic Rail Trail will begin construction in 2020.