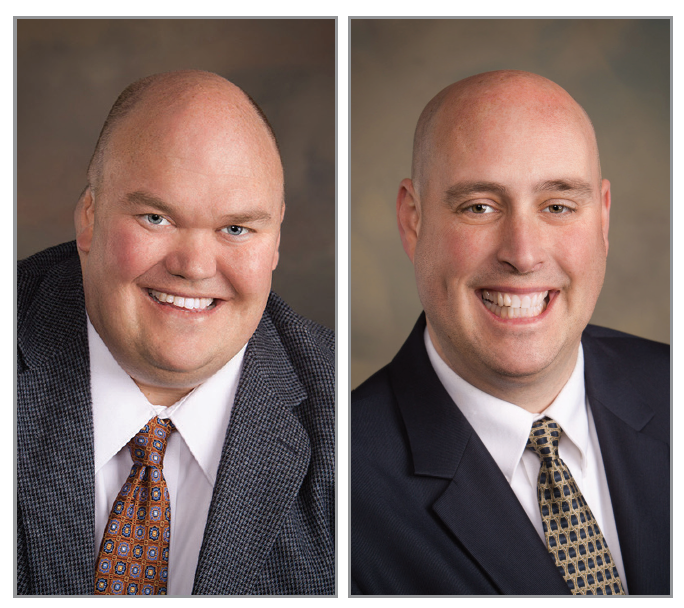 For the first time in nearly eight years, Lehi City will swear in a new Mayor. Mark Johnson will become the mayor according to Utah state code at noon on the first Monday in January. The Utah County Clerk’s office posted official election results on Tuesday, November 21. Chris Condie and Paul Hancock both retained their City Council seats with relative ease.

With just over 34% of potential voters casting their ballots, incumbent Mayor Bert Wilson received 3,938, or 46.4% of the 8,473 votes cast. Mark Johnson earned 4,535 votes, or 53.55% of the votes. According to Marilyn Banasky, Lehi’s City Recorder, Johnson will officially become Lehi’s new Mayor on Monday, January 1 at noon. A ceremonial swearing in of the new mayor will occur during the regular Lehi City Council work session on Tuesday, January 2.

In comparing mayoral voting by Lehi precincts, Johnson won many of the precincts on the north side of Lehi, while Wilson fared better in many of the more established parts of the city (see related precinct map). In the Traverse Mountain and Thanksgiving Point neighborhoods (precincts 14, 15, 18, 20, 22) Johnson received 1,042 votes compared to Wilson’s 599, a difference of 443 votes. Citywide, Mayor Wilson received 597 total votes less than Johnson, so 74% (447) of those voting for Johnson came from the northern parts of the city.

In terms of mayoral campaign fund raising and spending for the general election, Johnson received $7,081.47 in campaign contributions, Wilson raised $1,265. Johnson’s campaign spend was $6,738.76 compared to Wilson’s $1,320.85. Johnson spent $1,000 to create a campaign video which he distributed on several online portals, in addition to spending advertising dollars on Facebook and the Lehi Free Press. Wilson did not spend any of his campaign budget on web/digital or traditional advertising.

Regarding his reelection, Lehi City Council member Chris Condie, who lives in the Jordan Willows area of Lehi said, “I appreciate the confidence that has been placed in me to serve the residents of Lehi for another term. I am humbled by the election results and eager to continue this work as we collectively pioneer the future of Lehi. I will serve with honor and integrity and uphold my oath of office.”

Paul Hancock, who was also reelected and lives in the Traverse Mountain area said, “I’m blessed to have a wife and kids that fully support my desire to give back to the community and I’m grateful for the opportunity, provided by Lehi’s voters, to serve for another term on the City Council.” Hancock also mentioned his positive experience serving with Mayor Wilson. “It’s been a privilege to serve alongside Mayor Wilson. I want to take the opportunity to personally thank him not only for his service, but his kindness in welcoming me to the council four years ago.”

According to Lehi’s Recorder Banasky, “I was pleased to see the 34% voter turnout from Lehi. It was the highest voter turnout for a general election we have seen.”  She also noted that in the 2015 election, which was also conducted by mail, only 20.61% of voters participated in the primary, and 30.6% in the general.

The most disenfranchised voters in Utah County are in Eagle Mountain and Saratoga Springs. In Eagle Mountain, only 28.75% out of 10,721 potential voters participated, and in Saratoga Springs, 23.13% of that city’s potential 10,860 voters cast their ballot. These two cities represent the lowest municipal general election voter turnouts in the county.