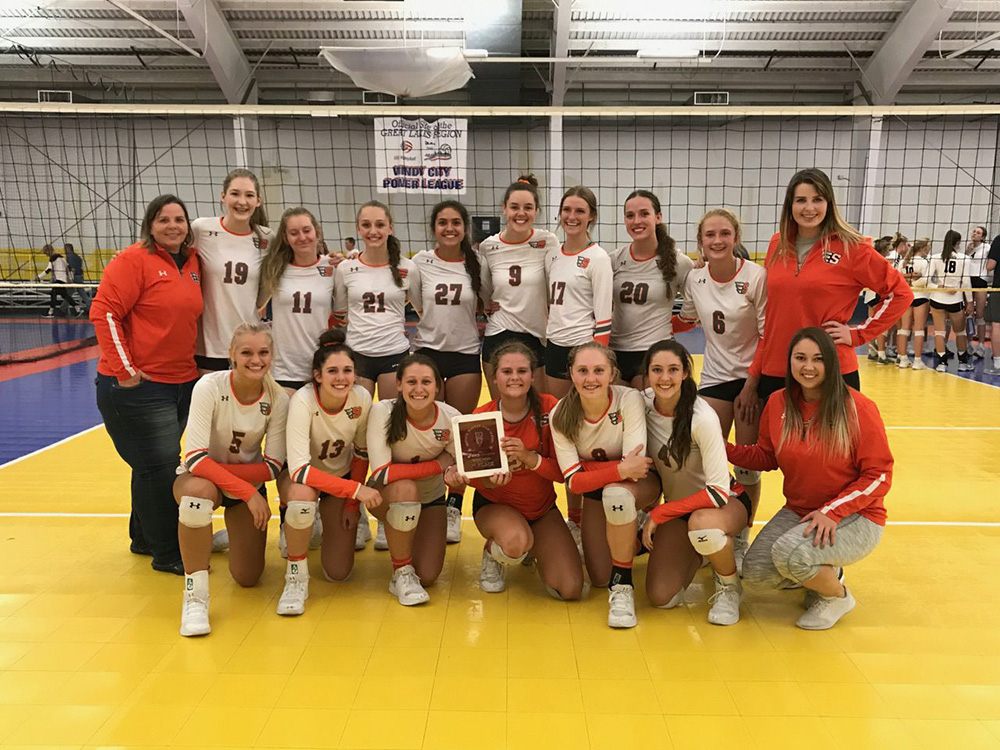 The Skyridge volleyball team had the opportunity to travel to Chicago over the weekend of September 29th to represent Utah and compete in the Asics Volleyball Challenge. This large tournament is one of the nation’s most competitive volleyball events with 24 high schools representing six states, competing for the tournament title.

The challenge was hosted by Mother McAuley High School in Chicago, Illinois. Skyridge lost their first two games of the tournament on Friday, but made a come-back on Saturday, winning their games for the Bronze Champion title. This was the first year any Utah team has ever participated in the tournament and the first Lehi team to compete.

Skyridge Volleyball Coach, Deanna Preece Meyer said, “[it was a] great learning experience on and off the court.”

First loss of the season for Skyridge