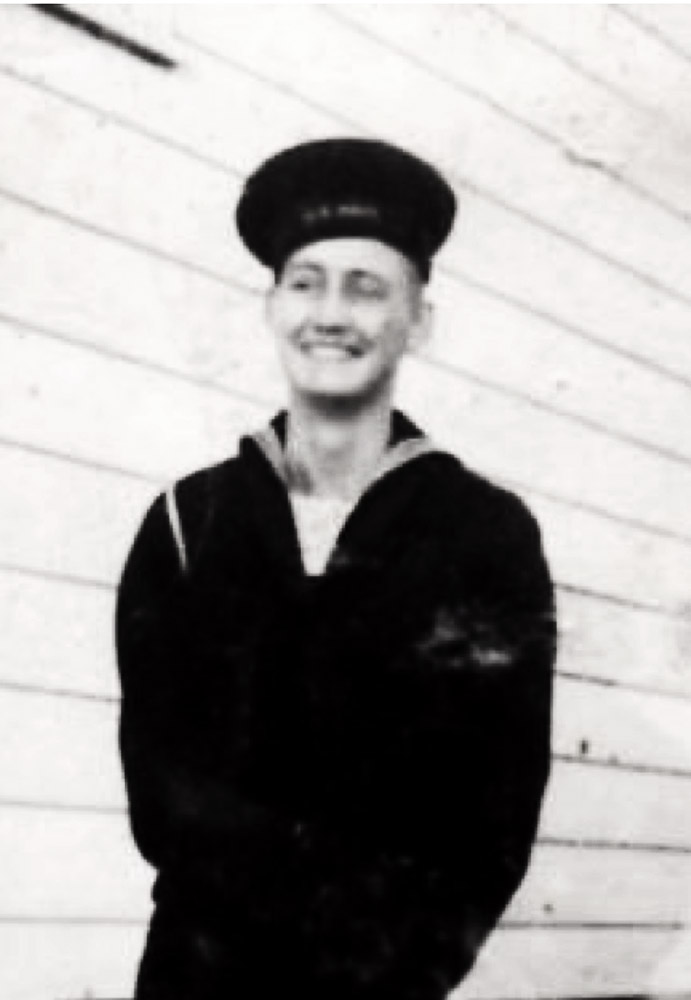 Born and raised in Lehi, Gene W. Kirkham has been acting as a hero in our community for almost 91 years as he has served his country and friends throughout his life. Gene, who was raised at 358 West 200 North in Lehi, has had a life filled with the legacy of service and has rightfully earned the title of, “Miss Lehi’s Hero highlight of the Week.”

Perhaps Gene’s most notable heroic actions were his courageous acts during his two and half years as a WWII soldier in the Navy. In 1943, at age of 17, Gene left for the Farragut Naval Training Station in Idaho and later attended engineering school along the shores of Lake Michigan, and then Navy Diesel School in Richmond, Virginia.

He was trained in the amphibious forces in Coronado, California and was assigned to the ship USS Hunter Liggett and was later re-assigned to the USS Hansford. Gene served in various theaters of conflict during the war including Pearl Harbor, Okinawa, Guam, and the Philippines. He spent a lot of time on the small island of Tinian, in the Mariana Islands, where his ship was anchored. There he served injured soldiers and patched ships about to sink.

A fun story about Gene is that when he was serving in the Navy, he was never able to eat any fresh eggs and he told himself that when he got home he would have an egg every day. True to his word, Gene raised chickens and to this day has had an egg nearly every day since his return from the service.

Upon his discharge, Gene married Emma Lou Gene Peterson on November 6, 1946. They raised five children together. Gene started a career at Geneva Steel as a machinist and worked at Geneva Steel for 38 years.

Gene has always been an avid gardener and he used to sell produce to the local schools in Lehi.

Today, Gene spends his time working on his annual garden where he grows onions, tomatoes, corn, beans, potatoes, and beautiful flowers. If you have ever driven down 700 South, there is a good chance you have seen Gene’s plentiful, thriving garden. He often gives his extra produce to friends and neighbors to enjoy.

Local farmer, Stan Lewis, who has been friends with Gene for years, described him as a true American patriot. Gene’s service in the United States Navy and his dedication to sharing his plentiful garden, which has provided joy to so many, are just some of his heroic acts. Thank you, Gene, for being a Lehi hero.

If you want to nominate a hero highlight, email lfpkadee@gmail.com.