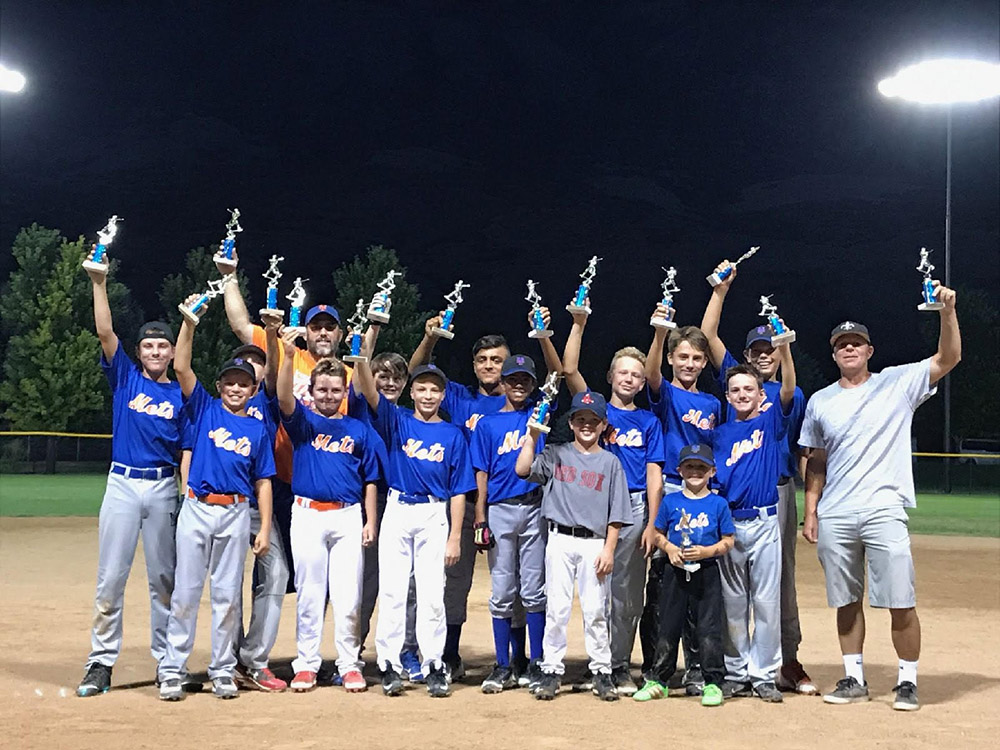 The Lehi Mets Pinto baseball team recently completed a sweep of both the Lehi Pinto city league as well as the state playoffs in Pleasant Grove. Just one year ago in the state playoffs the club – comprised mainly of fifth graders – lost to the Spanish Fork Reds, taking third place in a difficult end of game decision. With that memory, focused determination, and many hours of practice, the team returned for the 2017 season with renewed resolution.

This heightened resolve motivated them to an untouchable conclusion during the Lehi completion with them finishing with a 15-0 record, winning them the championship. During this season, they had 10 games that were decided by the “Mercy Rule.” The rule determines an end of a two-competitor sports contest earlier than the scheduled endpoint if one competitor has a very large and presumably insurmountable lead over the other.

The team’s effective pitchers, defense, and hitting and base running led to scoring 178 runs to just 22 for their opponents during the season. This momentum carried them into the state playoffs winning the championship with six game victories, four by the mercy rule.

Their closest game was in the quarter-finals where they faced their rival, the Spanish Fork Reds, and in a nail biting game the Mets gained victory in double inning overtime. Every player on the team was able to contribute. Their scoring totals for the season were 258 runs to 33 for their competition.

Many parents and fans following the Mets commented on their team play, excitement for the game, and the humility of the players when winning by large margins. Those kind of accolades can only be attributed to the hard work of the players, the dedicated coaches, and the parents involved.

The team would like to thank the Lehi City Recreation department for their dedication to Lehi’s youth and success.