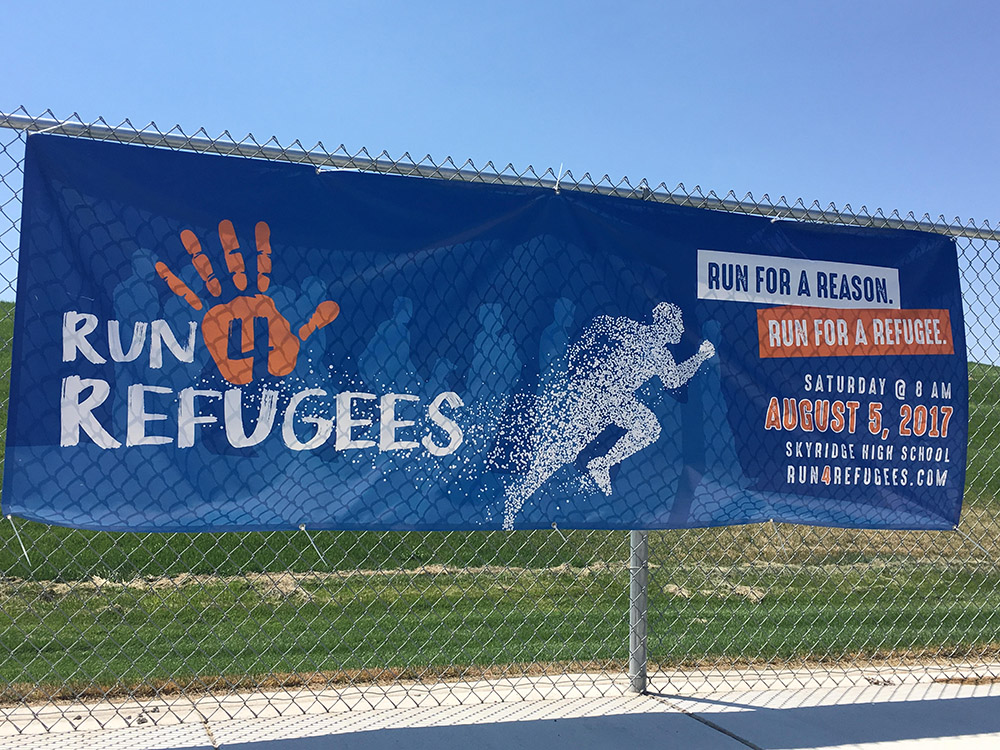 As people around the world join the movement to assist refugees, a team of family and friends is doing their part right here in Lehi by organizing “Run4Refugees,” a 10K, 5K and 1-mile run/walk event to raise money for Lifting Hands International (LFH). The event will be held this Saturday, August 5.

This is the second year the Run4Refugees team has organized the event. Last year’s race drew over 300 runners. This year’s event will start and finish in the northeast parking lot at Skyridge High School, following routes that include part of the Murdoch Canal Trail.

Event founder Stephanie Gardner said she got the idea after listening to LDS Relief Society leaders issue a charge to reach out and help refugees at the church’s 2016 General Conference. She and her friend, Lori Allred, were volunteering at a Ragnar race in California that weekend.

“When my brother, Mike, picked us up from the airport we were all talking about the refugee talk by Sister Burton,” she said. “We came up with the idea to do a race for refugees!” The three enlisted help from a cousin of the Gardners, Ryan Curtis, who is an avid runner. The team of four did what some told them would be impossible: they got the race organized in less than four months.

This year, Stephanie and Michael’s father, Brent Gardner, has joined their effort as race director. “He is doing a lot of the coordinating and legwork,” said Stephanie.

All proceeds will go to “Gather for Goats,” a collaborative project for LFH, a non-profit which was started by a graduate of Brigham Young University. Gather for Goats works to provide two goats for families living in refugee camps in Syria. Owning goats allows them access to milk and cheese, as well as the opportunity to market their goat products for income.