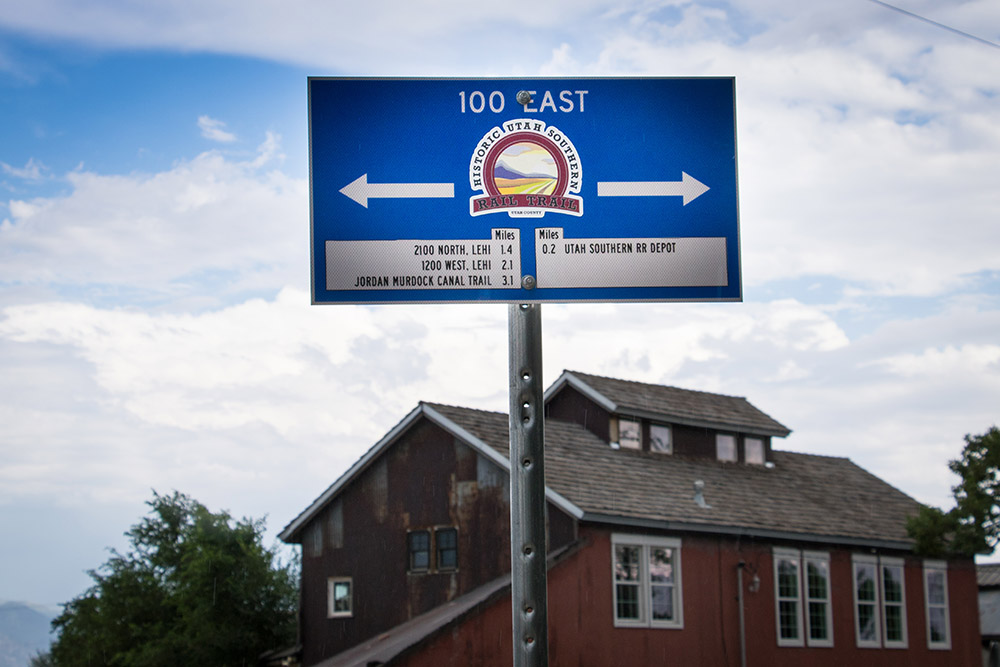 A half-mile addition to Lehi’s Historic Southern Rail Trail is nearing completion. It is expected to open in early August, close to its initial completion target of July.

Cement has been laid and fencing installed which separates the 10-foot wide multi-use pedestrian trail from the railroad tracks which run parallel to it. Sheri Ostrom, Public Information Manager for Jacques & Associates, the firm handling public information for the project, said a second coat of striping will be laid in a couple of weeks, after which the trail will be officially open.

One final item will be required to complete the project, which will happen in October when grass seed will be installed. This part of the project won’t affect the trail’s availability for use.

The new section of trail runs parallel to State Street starting at 100 East and going to 300 West, where it connects to the existing trail. The $1,760,275 project is being funded by the federal government through Mountainland Association of Governments (MAG).

The project report from MAG explains, “The Historic Utah Southern Rail Trail provides a critical link between Utah and Salt Lake Counties, and will eventually become the backbone for a regional trail system between the two counties. The trail will eventually run from Pleasant Grove to the point of the mountain, where it will connect with the Porter Rockwell Trail in Draper.”

The contractor for this part of the project is VanCon. This part of the trail will ultimately extend to 300 East, near the old railroad depot building. It is unknown when construction on the final stretch will begin.