Round-Up week kicks off with races 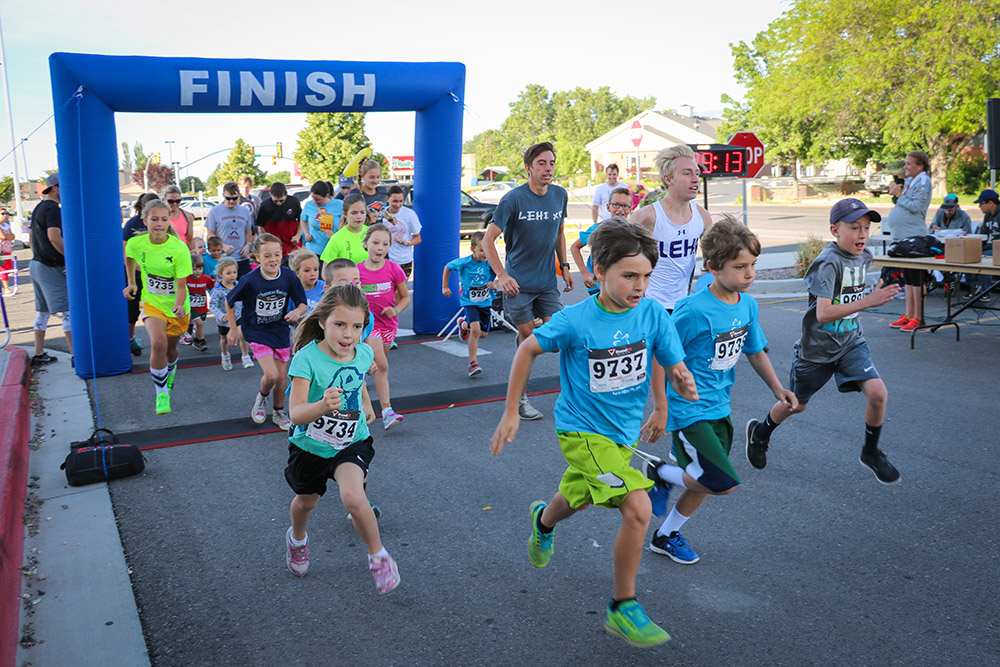 It was a windy morning, but spirits were high on Saturday, June 17th, as hundreds of racers from toddlers to grandparents, participated in the Lehi Round-Up 10k, 5k, and kids’ mile.  Proceeds from the races benefited the Lehi and Skyridge High School’s cross-country teams. The event was held at Lehi High School.

The kids’ mile winners were first place, Zach Rawlins with a time of 7:47, second went to Sam Brockbank 7:50 and third to Townsend Hall, who ran a 7:54 mile.

Muffins, chocolate milk, fruit and juice awaited the runners after they finished the race. The Lehi City Police department helped provide street safety during the race.