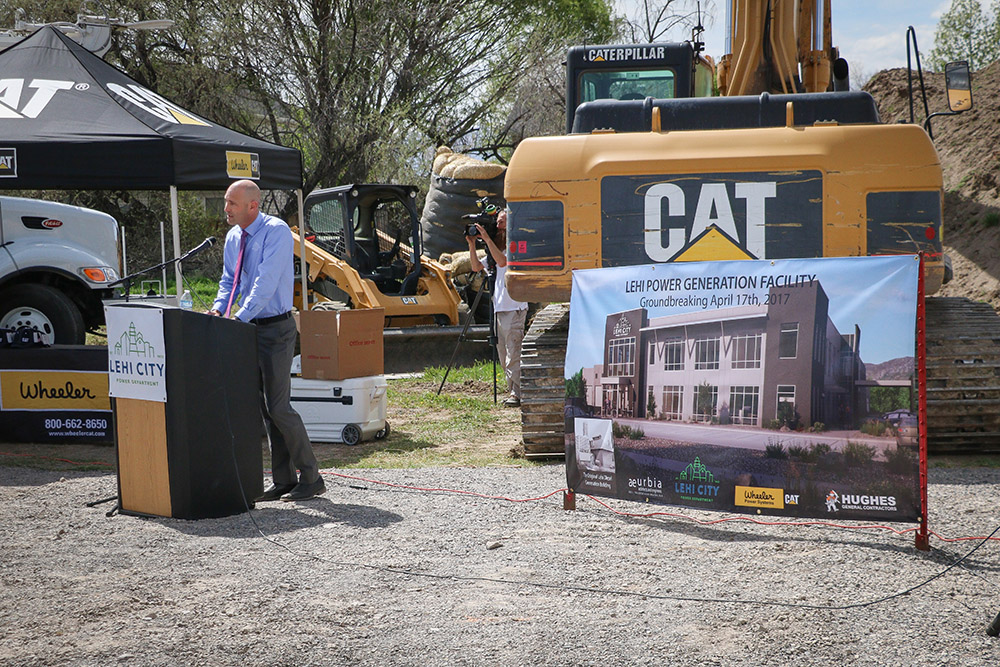 Joel Eves, head of Lehi City Power Department, introduced the guests invited to the event. Honored guests were Betty Broadbent Anderson and Karen Frandsen Singson, granddaughter and great granddaughter of Joseph S. Broadbent, who was honored as a visionary mayor of Lehi who first saw the need for the city’s own power department.

Eves explained the cost analysis, procurement process, and details that went into the selection of the site for the new power generating facility. He emphasized to the attendees, “this will be the cleanest power plant in the state.” Eves then introduced Steve Wheeler of Wheeler Machinery, the company that will build the power sub-station generator. Wheeler commented, “this will be a beautiful campus.” He added, “Lehi City has worked with Heber City, Hurricane, Washington, and St. George, all these cities have helped Lehi with this project.

Betty Anderson spoke briefly and said how honored she was to be asked to be part of the event. She said as granddaughter of Joseph S. Broadbent, she was always taught by her grandfather, “if there was a better and cheaper way—we would do it.”

Mayor Wilson added in a brief comment that the bricks from Broadbent and Son’s Department Store demolition will be used in the construction of the power plant. He said he appreciated the power department and city council for their support.

Hughes General Contractors will build the facility with Wasatch Electric as electrical contractors. Ae Urbia were the architects. Construction will begin immediately and should be completed in 2018.