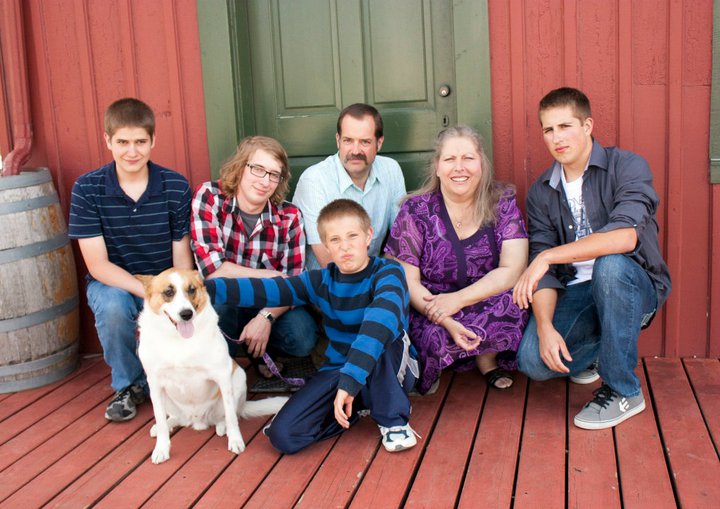 Rebekka Smith has been given some lemons in life, but she is becoming a master of making lemonade. When she was just 16 years old she was diagnosed with Polycystic Kidney Disease (PKD), but it wasn’t until 2001 that her condition had deteriorated to a point requiring dialysis several times a week.

At that time her doctor recommended that she go on the waiting list for a new kidney. Smith wasn’t sure how to handle that news. She wanted to pray that she would quickly receive a kidney, but realized that prayer meant another family would experience tragedy. A wise neighbor counseled her to just pray for God’s will to be done in the situation. Smith received a kidney transplant 18 months later in 2003.

For a few years Smith felt better, although she did have some minor health issues. In 2009 a complication with the anti-rejection medication caused the kidney to fail and she had to resume dialysis, knowing that it would be for the rest of her life. This was tough news to a woman who fears needles. Despite taking anti-anxiety medication, she found it harder and harder to go for treatments.

Rebekka Smith in front of her organized jewelry wall. On this day she was looking for frog themed items.

After spending 6 months in the hospital, when Smith returned to dialysis there was a new patient there who changed her life. His name was Dave. Although Dave was confined to an electric wheelchair, he used it as a tool to buzz around and talk to everyone. His quick visits cheered her days and led her to think, “I could be like Dave.”

Smith knew she needed a conversation starter to overcome her introverted tendencies and it came in the form of socks. She soon learned that dialysis was a challenge for each person – some suffered from nearly unbearable pain while others had varying levels of anxiety from being hooked up to the machine. It helped Smith to get to know others who were fighting similar battles and it made her feel good to be able to distract them for a few minutes.  “It was liberating to realize that I could make a difference. I went from being an introvert to being much more social,” Smith said.

Wearing fun socks became more than a conversation starter, it gave Smith her something fun to think about in connection to her dialysis treatments. Although she has bought plenty of socks, friends stop by with fun socks and Smith has won online contests for socks. On January 1, 2015 Smith began posting her treatment socks on Instagram so that a nurse who was moving away would be able to stay in touch. She now has over 1100 followers at “dialysissocks”.  Several sock companies have noticed her online posts and sent her free socks. She estimates that she currently has about 450 pairs of socks that are folded and expertly organized so that she can easily find a certain pair when the urge strikes to wear them.

It didn’t take long for things to snowball. Soon Smith started collecting earrings to match the socks. Necklaces and rings became part of the fun. Around Halloween of last year she added wigs and makeup to keep her friends (and herself) smiling. Although Smith realizes that for a while her online shopping really got out of control, she is working on dealing with those issues and is grateful for a sweet husband who understands her challenges and loves her despite the many boxes that show up from E-Bay.

“Planning my outfits and taking the time to get ready fills my days and helps distract me from worrying about dialysis treatment. I hate the needles and I worry about a complication killing me. I have seen that happen and I don’t want it to happen to me.” Whatever the future brings, you can bet that Smith will meet the days with a splash of color and an attitude of fun.