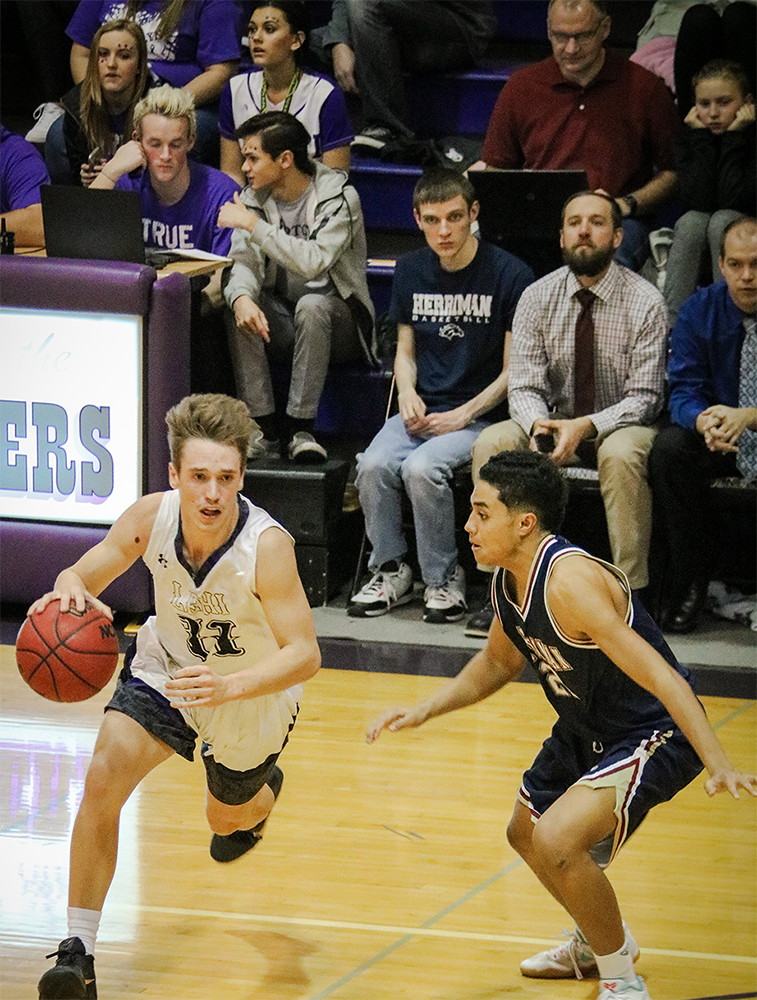 The Pioneers split their games this past week with a win against Herriman and a loss to Westlake. On Tuesday, February 7, Lehi hosted the Mustangs of Herriman High School. Lehi jumped out to a fast 12-0 lead with Dallin Holker scoring 10 of those points. The Mustangs fought back in the first half to reduce Lehi’s lead to two at the break. Lehi came out of halftime and widened the gap by outscoring Herriman by 12 points in the third period. The Pioneers wouldn’t look back and won the game 68-51.

In addition to the exciting win, Lehi had a “Miracle Minute” during half-time to raise funds for assistant basketball coach, Andy Hadfield’s daughter, 4 year-old Andelyn, who is battling stage 4 neuroblastoma cancer. The crowd was encouraged to donate funds that would be donated to the Hadfield family for one minute during half-time. The results were impressive as the crowd donated over $800 in just 60 seconds.

It was an exciting night for all who attended, with a well-deserved win for Lehi, and a simple but meaningful service project for one Lehi’s own.

Lehi went on the road to play rival Westlake in front of a packed crowd on Friday, February 10. The game was close after the first quarter with the Thunder leading 14 to 11. Westlake scored 18 points in the second quarter, and the Pioneers were down 32 to 21 at the half. Lehi tried to come back in the second half, but it seemed like Westlake had an answer for every basket. Lehi lost the match up 64-52.

Kevin Winsor led Lehi’s scoring with 15 points. Ethan Tuckett scored 14 points and Dallin Holker chipped in 10. With a record of 5 wins and 4 losses, Lehi remains in third place, with a two-game lead on three other teams within the region. Their next two games are on the road against Pleasant Grove and American Fork.