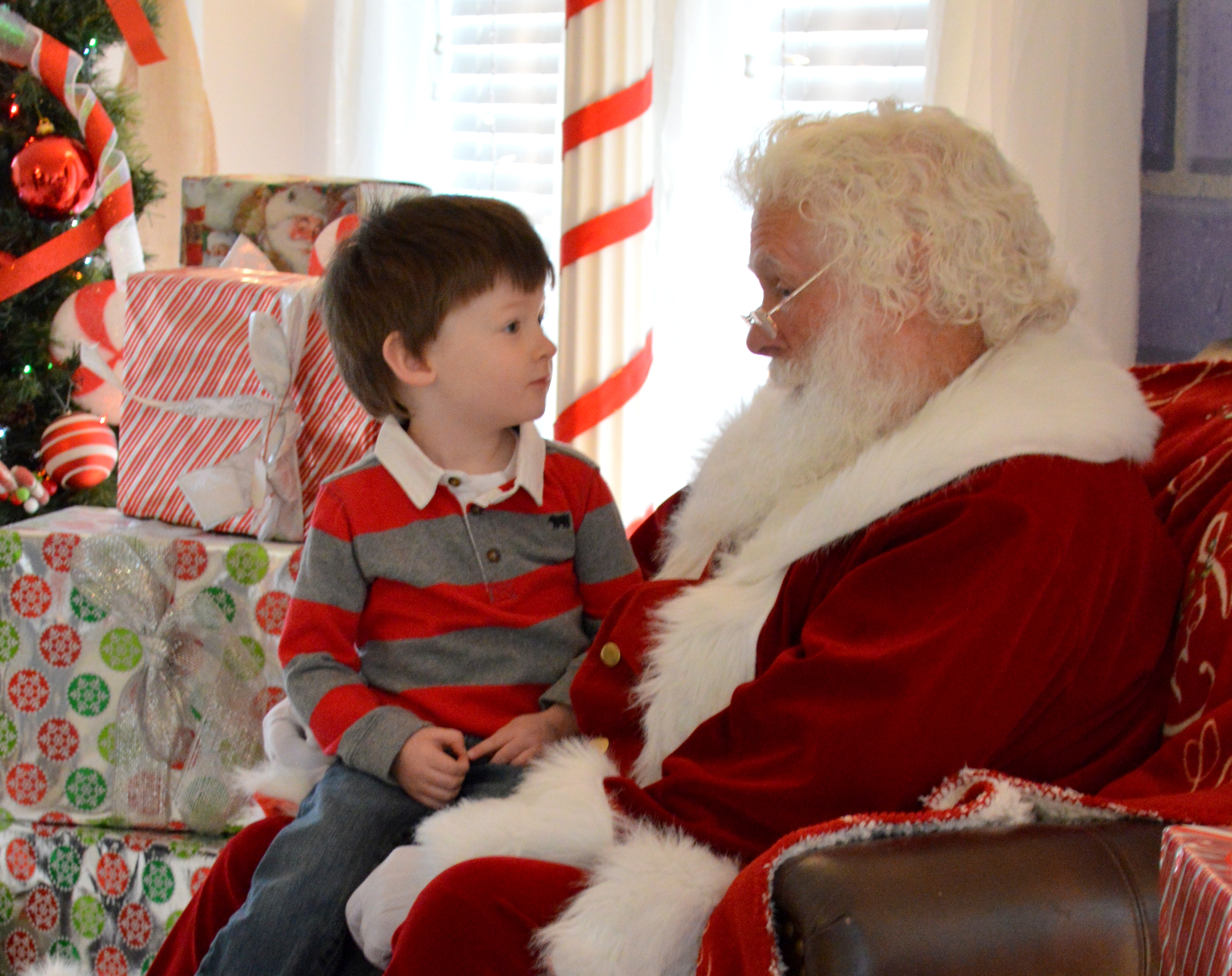 As a child growing up in Lehi, blue-eyed, tow-headed Reed Curtis loved the Christmas season. He looked forward to the big family Christmas party at his grandparents’ house with all of his cousins who lived close by. Santa always came to his family’s Christmas party, which was the most exciting part for all the kids. Curtis didn’t know then, but he would grow up to be Santa Claus himself!

Reed Curtis’s blonde hair has been white for a while now, and he has a white beard as well. About eight years ago Curtis’s daughter-in-law rented a Santa suit so he could play Santa for the grandchildren. Curtis was meant for the part and has been Santa Claus every Christmas since then.

Last Saturday morning, December 17, and again Monday night, December 19, Santa Claus made a special appearance at The Gardens at Dry Creek for “Breakfast with Santa.” Children of all ages were there, some in pajamas, with their parents and grandparents to enjoy small crafts, eat delicious food, and visit Santa. Buddy the Elf, Santa’s close friend, was there to welcome everyone. Suzie Eagar, event manager at The Gardens at Dry Creek, organized the events. She and owner, Renita Revill, were thrilled to get The Real Santa at their yearly celebrations.

Families came into the “North Pole Room” one at a time to sit on Santa’s lap, admit to him what list they should be on, tell him what they want for Christmas and pose for photos. Curtis’s still twinkling blue eyes behind gold-rimmed glasses put the children at ease immediately, some even put their head on his shoulder as they talked. “Were you good this year?” he asked one little boy. “Well,” the boy responded, “I was mean to Ellie once,” he admitted. Santa patiently listened to every child. The kids are Curtis’s favorite part of the job, as they would be for the Real Santa.