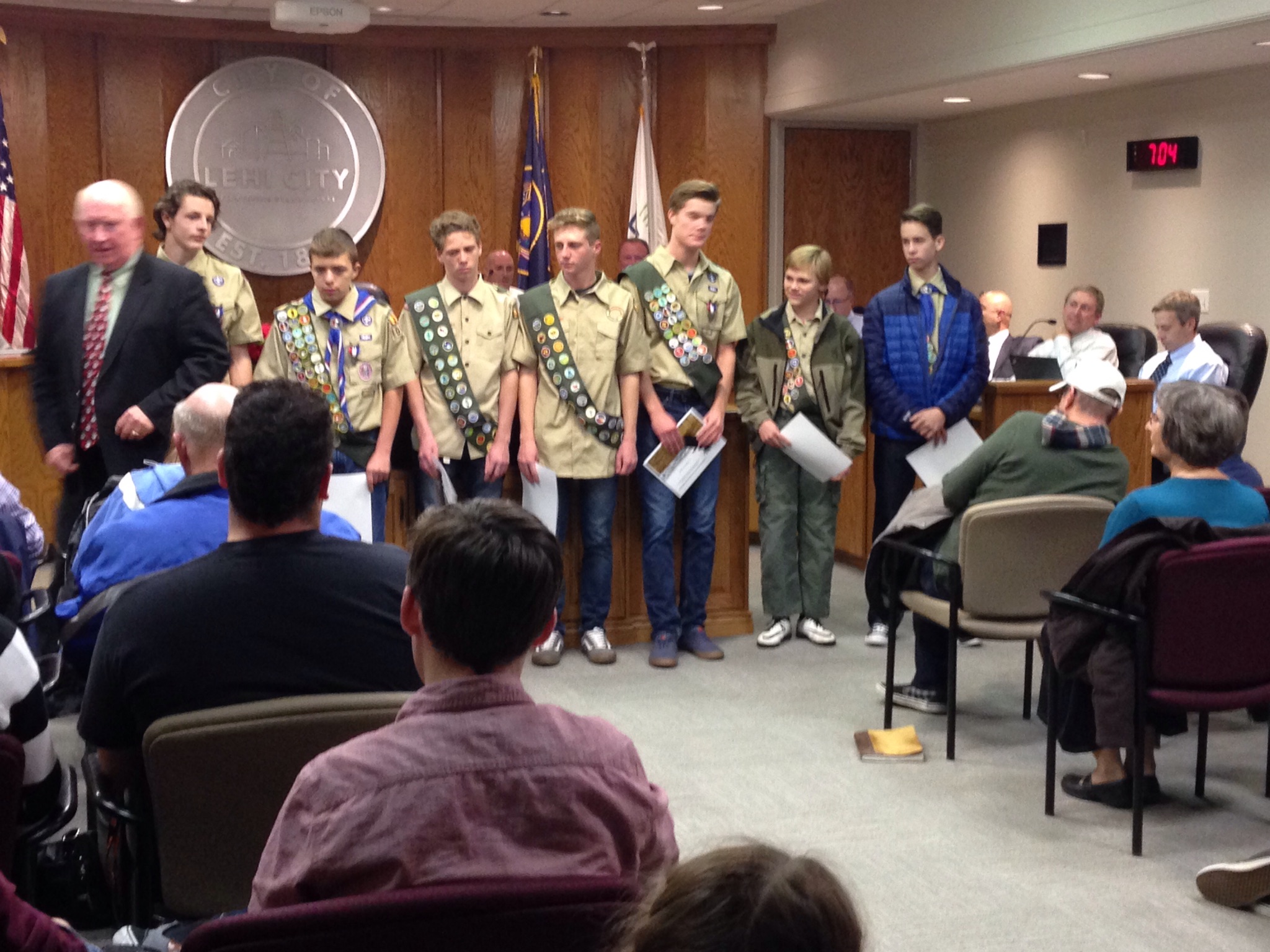 Mayor Wilson and all members of the city council were present. An audit presentation was given by Dave Sanderson, Lehi City Finance Director. It was acknowledged by Mayor Wilson that Lehi consistently receives awards for their excellence in financial reporting. The Government Finance Officers Association (GFOA) awarded Lehi City with their Certificate of Achievement for Excellence in Financial Reporting for its comprehensive annual financial report (CAFR) for the fiscal year that ended June 30, 2015. This was the eighteenth consecutive year the city has received this prestigious award.

A discussion commenced when Sanderson explained to the city council that the Timpanogos Special Services District (TSSD) received a 13% increase in rates in 2013. Since that time, they have accumulated $60 million in their fund balance. The operating expenses for TSSD is $16 million. Council member Condie, who is a member of the TSSD board, explained that there is a division in the 13 member board about what to do with the $60 million. According to Condie, “some members of the board do not want to lower charges in case there is improvements that need to be made to the facility.” Condie has tried to establish a coalition to agree to a rate decrease or a rebate. Sanderson is opposed to the accumulation of funds. He says, “we are overcharging our customers.” Mayor Wilson responded, “I don’t like this generation paying for the next generation.”

The council chambers were filled with students from Lehi High School and Skyridge High School. To fulfill the requirements for the civics class taught at both high schools, the students must attend a city council meeting. About 40 students were in attendance. Seven Eagle Scouts were recognized by the city.

Steve Holbrook, also a resident of the neighborhood, stated, “parking will always be a problem at Lehi High School. This is not going to solve the problem.” He also complimented the council for their hard work and service.

The consent agenda was unanimously approved.

There were a total of 364 residential lots approved and three zone changes.

After the meeting two students, Jessie Johnson and Isabelle Paas, both junior students from Lehi High School commented on the “fast pace” of the meeting. Paas commented, “there were a lot more people at the meeting than I thought and it was not as formal as I thought it would be. Council members seemed to enjoy each other.”