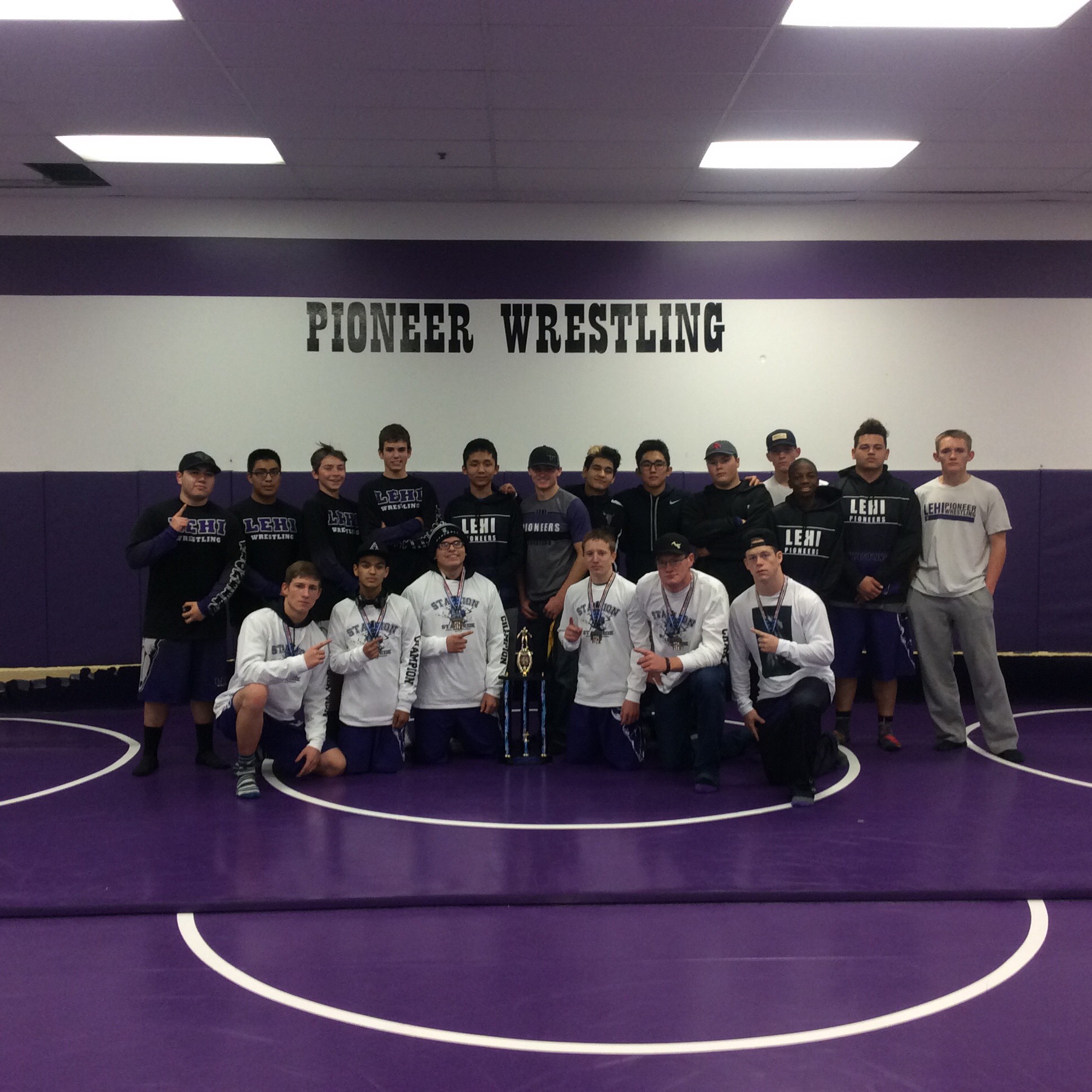 The Lehi Wrestling Team had a decisive victory at the Stansbury Stampede last weekend besting 23 other wrestling teams from the area with five champions in their weight brackets.

Coach Dan Rice was pleased with the team’s performance. “They performed really well this weekend. They stayed focused and outperformed their opponents.”