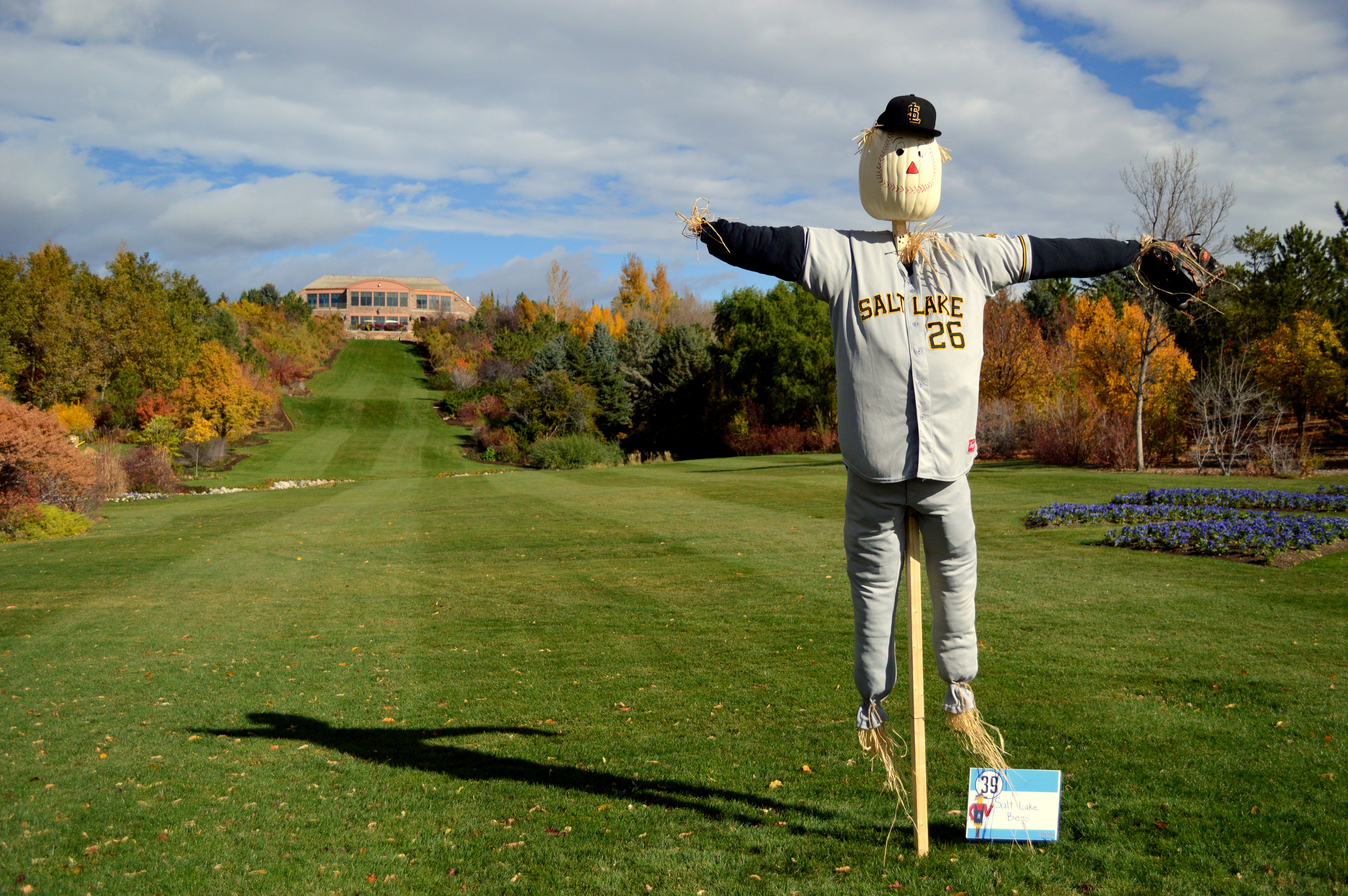 Monday, October 17 was the first day of the week-long Scarecrow Festival in the Ashton Gardens at Thanksgiving Point. It’s only the second year for the Scarecrow Festival, but it has quickly become a favorite experience. Austin Brown, Signature Experiences Manager at Thanksgiving Point, recalls that he and his staff needed a fall event for the Ashton Gardens, one that could take advantage of the beautiful colors and milder weather in October. The Scarecrow Festival eventually took shape, and Brown didn’t expect much that first year. The event ended up getting 50 scarecrows to display and more than 10,000 visitors.

The scarecrows at the festival are donated by businesses, individuals, families, charity organizations, and even employees of Thanksgiving Point. Brown and his team made a Hulk Hogan scarecrow this year. Official judges will award first, second, and third prizes to the scarecrow artists, and there will be a People’s Choice award that the public gets to vote on.

Each of the 55 scarecrows in this year’s festival gets its own space, surrounded by the beautiful manicured gardens, creek and waterfalls in Ashton Gardens. Some scarecrows are funny, like Sponge Bob Squarepants. Some are “punny,” like Obi Pumpkinobi. And some are a little scary, like the Hillary/Trump monster. It took Brown and his crew two days to gather and set up all the scarecrows along the garden paths. Besides enjoying a beautiful walk and admiring the scarecrows, there are fun facts about scarecrows sprinkled among the displays. One sign enlightens that in Medieval Britain, young boys and girls became live scarecrows or bird scarers. The youngsters would patrol crop fields and chase off birds by waving their arms or throwing stones.

On Thursday and Friday, October 20 and 21, the Scarecrow Festival will have food trucks, activities and entertainment by the Waterfall Amphitheater in the Ashton Gardens. The Festival is free to Thanksgiving Point members and the regular prices for admission to the Ashton Gardens will be applied for those without a membership.