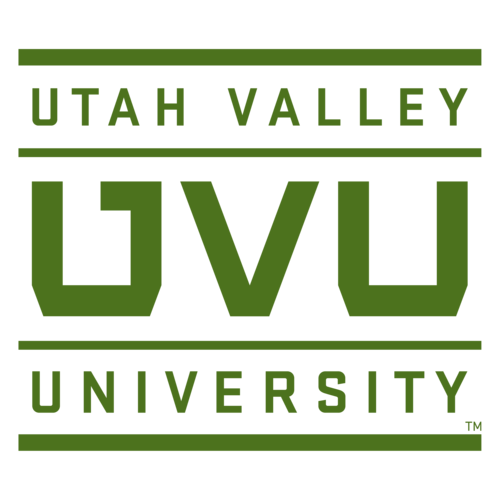 When Georgia*, a Utah Valley University student, logged in to take the new sexual harassment training program mandated for UVU students, she expected to see information about topics such as the legal parameters of sexual harassment, guidelines to avoid dangerous situations, and approaches for intervening in harassment situations. What she didn’t expect to see were theories on gender identity.

“The people we are attracted to and our internal sense of our own gender may be consistent, or may develop over time,” read one of the slides.

“Gender is complex, and many people are starting to see the nuances,” read another.

“It wasn’t talking about harassment or anything,” Georgia said. “I felt like I was being pushed to believe a certain way.”

Feeling the training had taken a wrong turn, Georgia logged out. She promptly received an email which she felt had a threatening tone: “Because you have not completed the training, your name has been reported to the University Title IX Coordinator. Failure to complete the online training may result in mandatory face-to-face training. Be advised that if you are accused of sexual misconduct and have not taken the training, stricter sanctions may be imposed.”

Georgia had a lot of questions, so she called the Title IX office the next morning to request a meeting to ask questions about the program, Title IX requirements and the federal funding attached to it.

She went with two friends for the meeting with Melissa Frost, Director of the Office for Equal Opportunity and Affirmative Action and Title IX Coordinator. One of her friends, Lilah*, shares Georgia’s concerns about how they were treated in the meeting.

When they arrived, Frost told them to turn off any recording devices because it was against policy to record. Utah law permits recording as long as at least one party to the discussion is aware that recording is taking place, but she said the meeting was confidential.

The students had planned to record the conversation, with the stated intent of being able to better explain what they learned in the meeting to their many fellow students who were wondering about the choice of training program. But they were puzzled as to why Frost assumed they would be recording and why she didn’t want it recorded.

“One of our goals was to make it easier for students to opt out,” said Georgia. “I didn’t even know opting out was an option.”

They made that request, and Frost agreed to look into it.

Chris Taylor, Associate Vice President for University Marketing and Communications, also voiced the university’s willingness to improve the process surrounding the training. “Our mindset is one of continuous improvement. If there are steps we can take to make the training the best experience possible – while honoring our commitments and obligations – that’s what we want to do,” he said in an email.

Georgia and Lilah said that their second goal for the meeting went unrecognized. They understood that the training is linked to federal Title IX funding, so they wanted to ask a few questions about that connection and how the requirements work. They wanted to understand whether the material about sexuality was required by federal law, or whether the training went beyond Title IX requirements.

Frost said in an interview with the Lehi Free Press, “We haven’t been given any specifics from the Department of Education. We are charged with making sure it’s specific to our population in our efforts to prevent harassment.”

“We had a plan to ask three main questions,” said Lilah, “to voice our opinion of how we didn’t agree with the training, that it wasn’t the right venue for that material.”

But when they tried to ask those questions, the students felt like Frost avoided them. “She just tried to give the sexual harassment training to us,” said Georgia. “That’s not what we were there for. I’d try to ask a question and she’d say, ‘Why do you keep interrupting me? That’s rude. It’s my turn to talk.”

Frost said she tries to work with all students and answer all questions.

The students said that they managed to get in a suggestion that the university could handle the gender issue by offering a course dealing with how to treat others with respect, both those with non-traditional gender identity and those with religious viewpoints about gender. Georgia said she was told by Frost that the university “can’t do the religious part.”

Frost confirmed that because the training is focused on sexual harassment, the university doesn’t feel it appropriate to address divergent religious views. “We’re responsible to protect all classes,” including religious classes of people, she said. “There are multiple training options. We want to make our students as comfortable as possible.”

When they tried to leave their list of questions for Frost to answer via email, she refused multiple requests for a response.

Lilah said she felt like Frost didn’t respect them and wasn’t interested in addressing their concerns or answering their serious questions. Both students expressed concern about what this means for other students who share their views.

“We are a student-centered office,” Frost said. “We want to continue the dialogue. That’s our job. Our door is always open.”