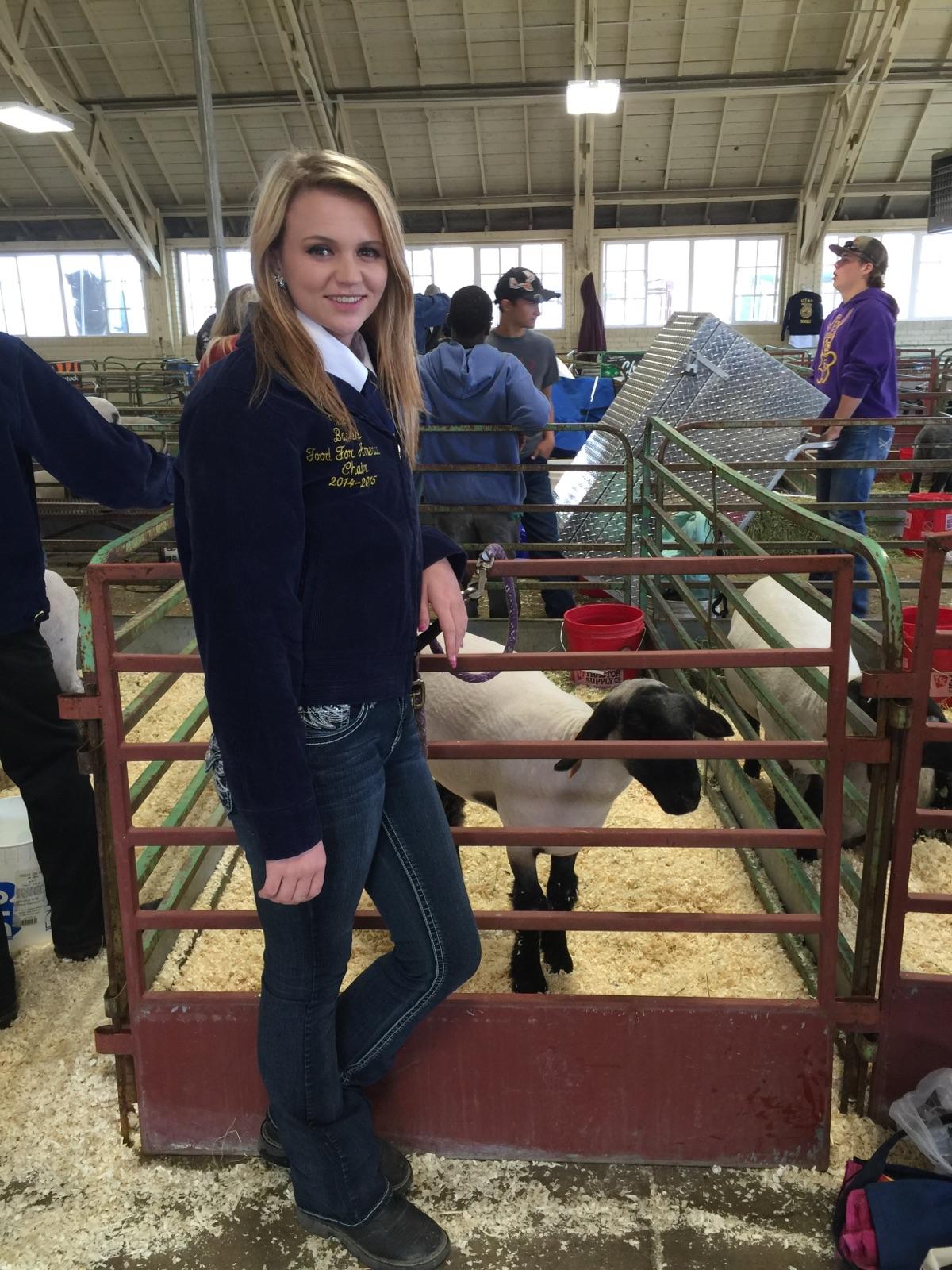 Earlier this year Allie Barnes found herself wanting to do something new, and maybe difficult. She went to her Grandpa, Lee Barnes, and asked him what he thought of helping her raise a lamb to show at the Utah State Fair. Minutes later, Allie and Lee were on the Internet looking up the new rules and qualifications for showing lambs. The two of them would spend hours reading books and information online—Allie often taking notes during conversations with her Grandpa Barnes about lambs.

In May, Allie Barnes bought a one-and-a-half-month-old lamb from her advisors at Westlake Future Farmers of America (FFA). She named him “Stuart Little” and brought him home. Every day for months, Allie spent two hours a day with Stuart. She sat by him while he ate and took him for 45-minute walks around her neighborhood. Grandpa Lee Barnes suggested walking the lamb in the neighborhood to get him used to the sounds of children and cars.

Allie had read that the worst thing for lambs to eat is flowers, so she called her Grandpa Barnes in a panic when Stuart started eating dandelions. One of the countless lessons Allie learned during this process is that dandelions are weeds. When her lamb started eating rocks, Allie learned that he needed more salt in his diet.

At the Utah State Fair a few weeks ago, Allie Barnes showed “Stuart Little.” Her grandparents, Lee and Janine Barnes, were also at the Fair showing chickens in the Poultry Barn as they’ve done for many years. Grandma and Grandpa Barnes came in to check on Allie several times and even got permission to observe when it was time for her to show. Allie took home a blue ribbon for her little lamb. She could see her Grandma and Grandpa in the audience giving her big smiles and thumbs up.

Stuart Little, the lamb, is now a “backyard sheep.” He sleeps on his favorite towel and still takes walks every night with Allie. She says he’s a “dog in a sheep’s body.” Allie wants to continue raising animals and hopes to show a steer at the 2017 Utah State Fair and a goat at a show in Vernal. Grandpa Lee Barnes’s advice about goats? “Don’t let them get fat.”