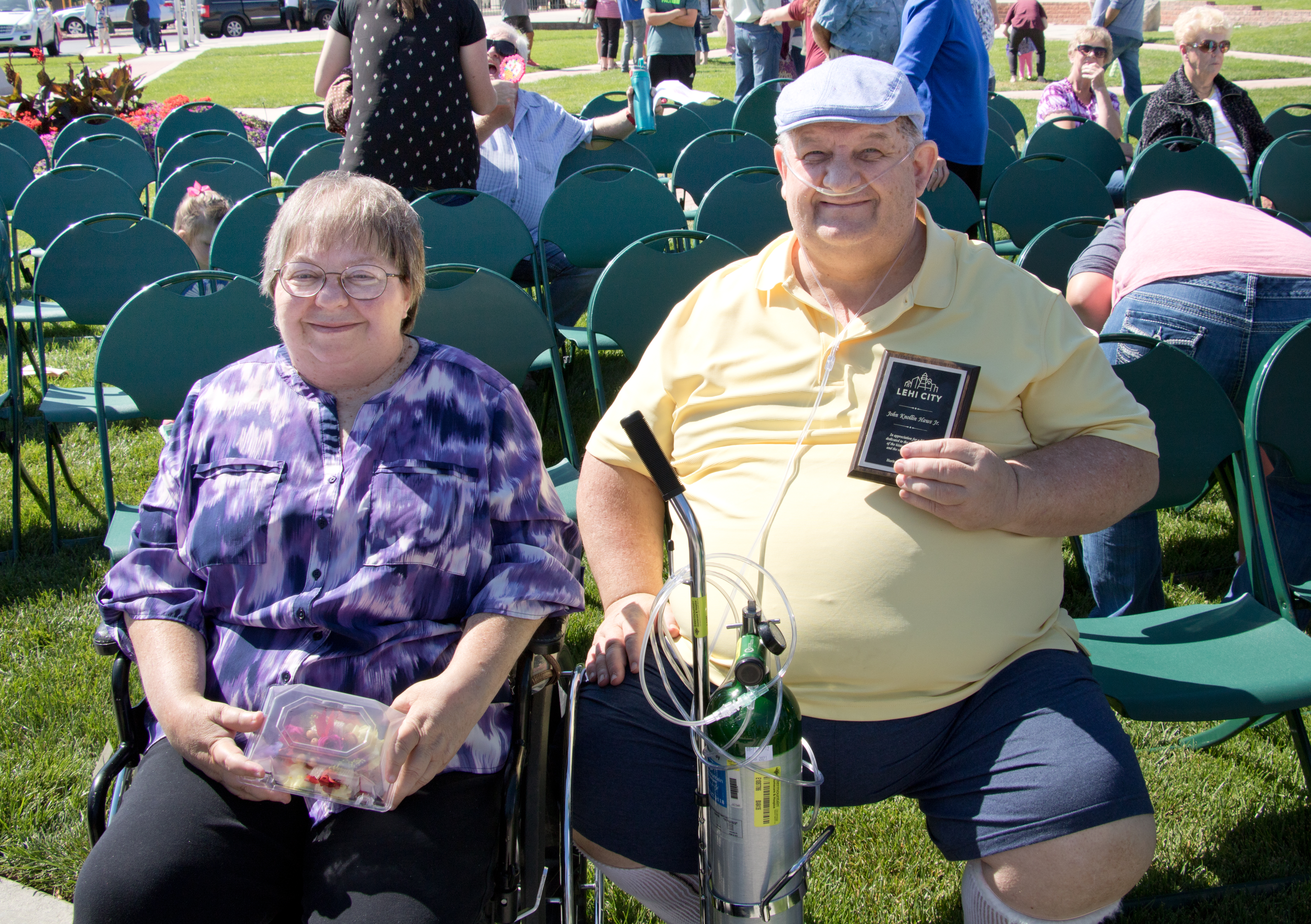 John Haws and his wife Jeanette were honored during Lehi Heritage Day as “Grand Marshall” during the parade and were recognized during a presentation at Legacy Park on Monday, September 5. They have given countless hours to our community in preserving Lehi’s unique history and heritage.

A Lehi native, John has had a love of history since he was in school. He has collected presidential pins, posters and histories of U.S. Presidents. John was student body president of Lehi High School (1973-1974). He served as a member of the Lehi City Council and has been active in the Church of Jesus Christ of Latter-day Saints leading youth conferences and other events.

Several years ago, John hatched a dream of saving the history of Lehi. Richard Van Wagoner wrote a detailed book about the history of Lehi and John has taken over a passion for preserving Lehi history since Van Wagoner’s death. John has a remarkable memory and recall of dates, places and people. He spends hours reading and studying documents and photos of Lehi. He decided he wanted to create a committee to help save the past in a collection of items, histories, photos, maps and stories about Lehi and its citizens.

John and three other people attended the first meeting of the Lehi Historical Society and Archives. Today there are over fifty members who meet once a month. This committee spends countless hours filing, organizing, filming and arranging items for the Lehi Archives.

Jeanette has been a wonderful support to John. She is a Weber State graduate and has helped drive tractors, transported calves and has been an all-around “farm hand.” She was an outstanding teacher in the Jordan School District.

As a teacher, Jeanette truly became a friend to her students. She has stayed in touch with many of them over the years and her former students have been thrilled to have their children taught by her as well. She is very well read and has traveled to many places around the world, including Hawaii, Europe and Asia. Jeanette has always been known for her outstanding needlework. Many children enjoy the doll clothes she has hand made.

John and Jeanette’s contribution to Lehi is hard to measure. They have donated time, money, talent and energy to our city in incalculable ways.