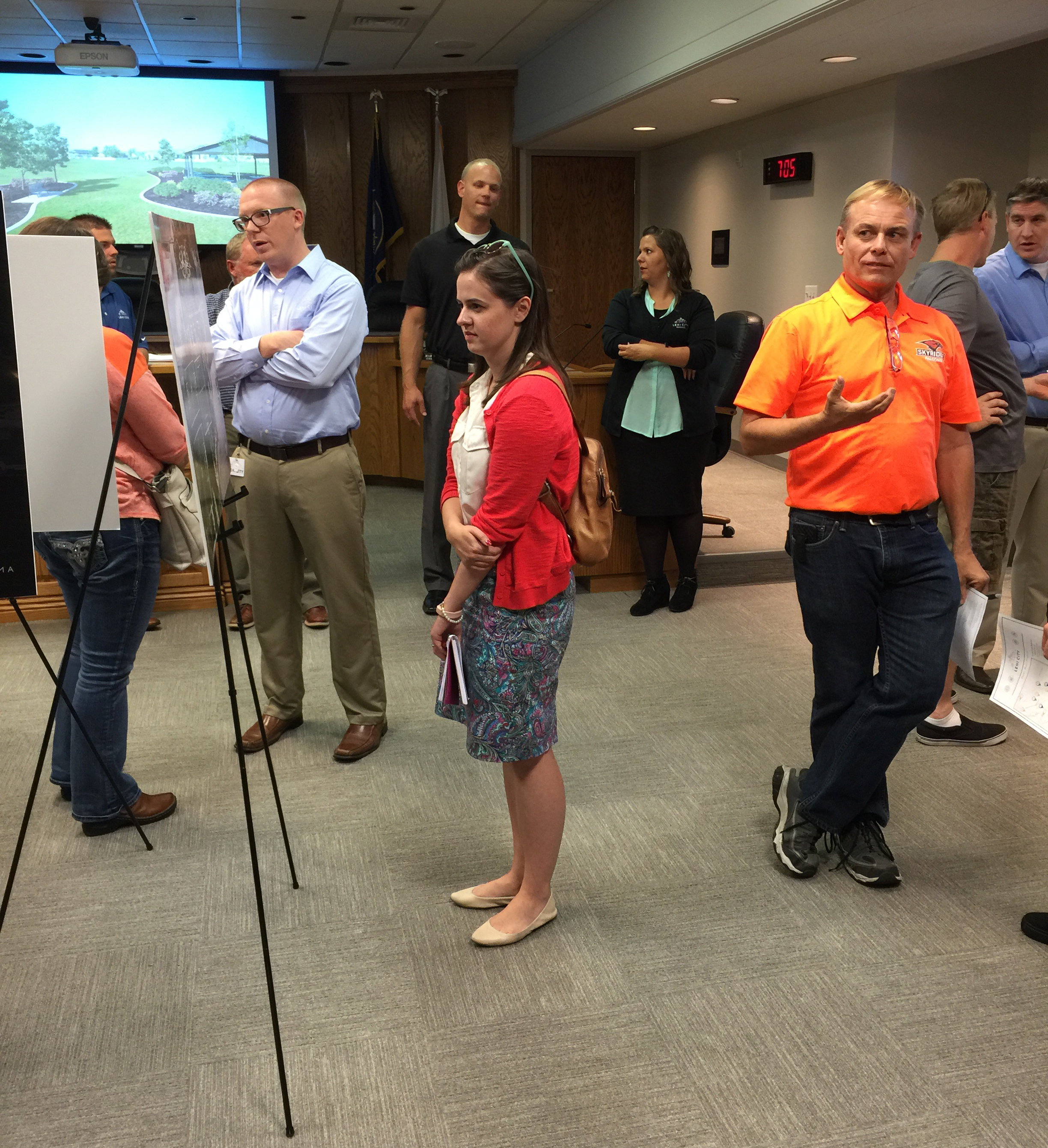 Wednesday night, Lehi City hosted an open house to inform citizens about the upcoming Parks and Recreation general obligation bond to be voted on by the public, November 8th. The open house was held in the city council chambers and renderings of the proposed projects were displayed. Lehi mayor Bert Wilson and city council members Chris Condie, Johnny Revill, Paul Hancock, and Paige Albrecht were in attendance along with city staff to answer questions from attendees.

Opinions from those present were mixed. Jimmy Eaton, local real estate broker said, “This is a good investment for the city.” Stewart Street, a long-time Lehi resident, will vote against the bond. He said, “I don’t see that kind of money being spent on recreation.” Street added, “Where is the water coming from? We already have a water problem.” Another citizen, Aaron Davis, questioned any project that involves this much debt. Davis said, “We already have way too much federal debt. How can we continue to borrow money and pay it all back?”

Janice Miller, her husband and son all believe that $21 million is too much for Rhodes Mellor Park. Ryan Miller said, “This is as expensive as a professional park; [it’s] too much for a little league park!” Roger Ellis attended the open house with his three children. Roger’s daughter Abbie said, “I would love a place to play softball and also watch my brothers play baseball.” Her father Roger agreed.

Jerry Erickson was adamant that the bond not pass. He said, “$170 a year is baloney for each family.”

For specifics regarding bond projects and to view renderings provided by the city, visit http://www.letsplaylehi.com.