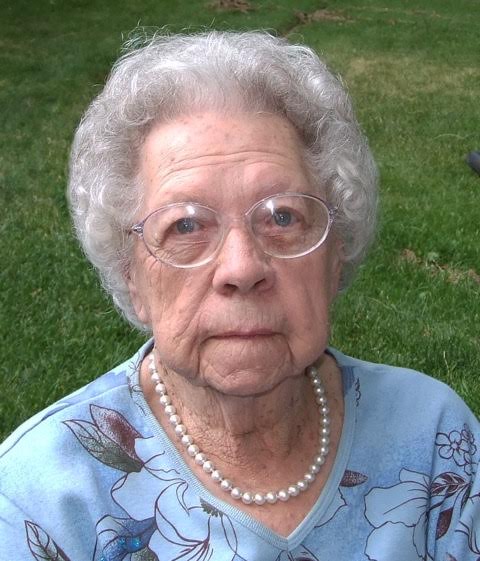 Edna Naomi Webb Nye, of Lehi, reunited with her sweetheart on Wednesday August 24, 2016 of natural causes, surrounded by her loved ones.

Born July 14th 1918 in Lehi, Utah, the daughter of Samuel and Mary Webb. Married William Thurston Nye on September 20, 1939. Their marriage was later solemnized in the Salt Lake Temple.

Edna was a faithful member of The Church of Jesus Christ of Latter-Day Saints. She volunteered as a pink lady at American Fork Hospital for 10 years. She graduated from Lehi High School in 1936. She was a loving and devoted mother, grandmother and great-grandmother. Her family was her life. Edna is survived by her sons, William Steven Nye and Robert Dee (Joanne) Nye, seven grandchildren and 16 great-grandchildren.

She was loved by many and will be missed by all that knew her. Funeral services were held on Monday, August 29, 2016. Online guest book at http://www.wingmortuary.com.