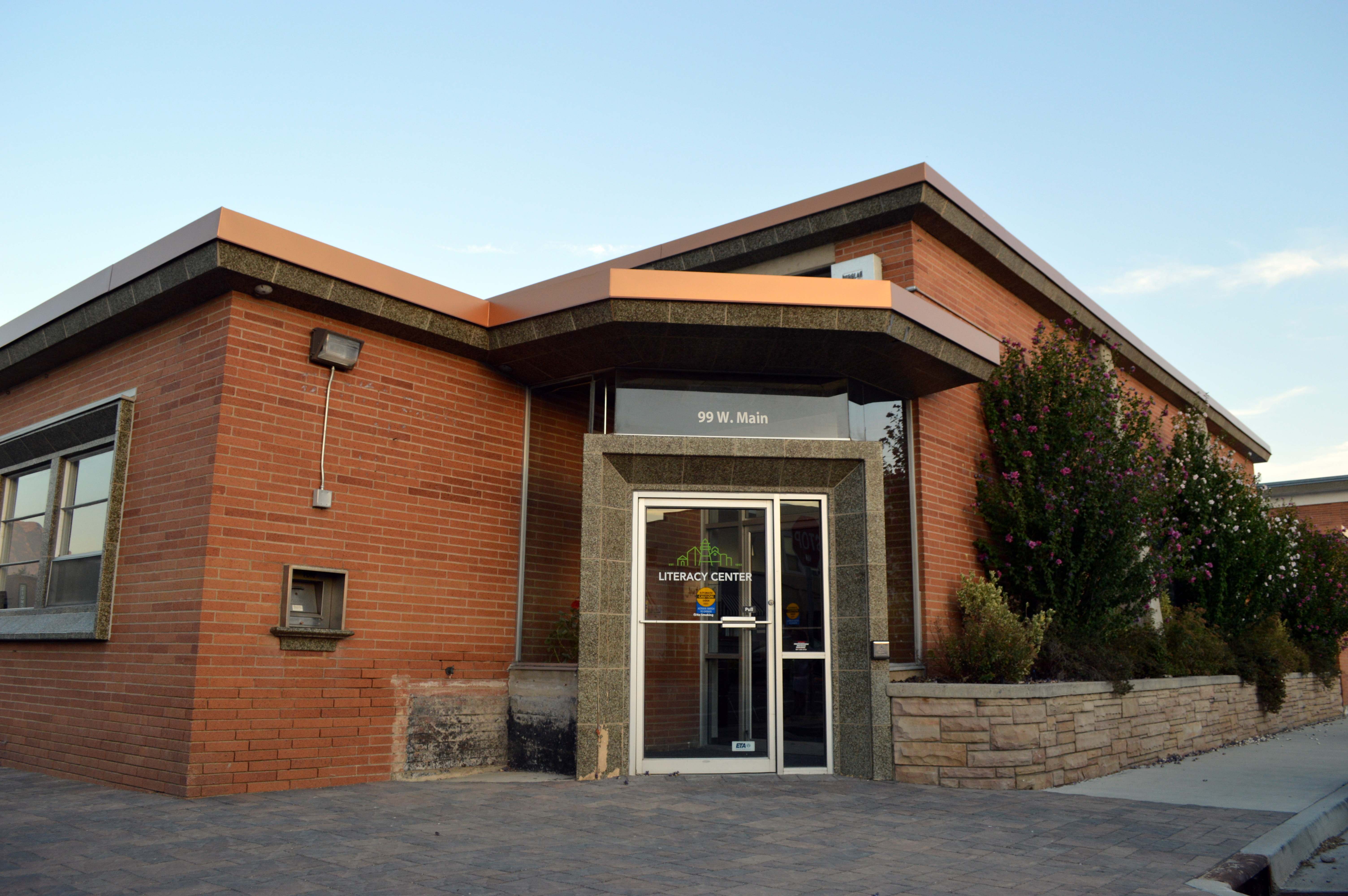 The Lehi Public Library and the Rippy Literacy Center have spent the last several weeks moving and making changes. The Literacy Center was busting at the seams, so they moved from a few rooms on the west side of the library to the old State Bank of Lehi building at 99 West Main Street. The murals depicting the history of Lehi, painted by local artists, are still on the walls and the bank vaults and safes remain, but the rest of the furniture and décor is bright, primary colors and child-sized. The Rippy Literacy Center offers free tutoring for elementary school-age students in math and reading. Math homework assistance is also available for junior high and high school students. Right now the Rippy Literacy Center is serving 400 students with 75 volunteer tutors and staff. They will have an open house at their new building today, Thursday, September 1.

It has been almost 20 years since Hesther Rippy was inspired to create a program where children and their parents could get extra help with reading. Rippy’s inspiration came after learning that nearly 30% of Lehi City elementary school children were reading below grade level. She and husband Bill Rippy started the literacy program after Hesther and former mayor, Ken Greenwood, found an under-used room in the Lehi Arts Center. For ten years, Hesther Rippy was the volunteer director of the Rippy Literacy Center. She never took no for an answer and felt that it was her life calling to teach people how to read. Hesther Rippy passed away on February 10, 2014, but her legacy is living on and growing.

With the literacy center moving, the Lehi Library now has more space. For the last two weeks, library employees have been boxing up books, moving shelves, and unpacking books. The children’s section is now in the west side of the library. The rooms where the Rippy Literacy Center used to be will soon be utilized by library programs like Story Time, Kids Club, Book Club, and more. There will be an open house late in September once the new section has been painted and re-carpeted.

Swapping the books and shelves from one side of the library to the other was not a vacation for the staff, even though the library has been closed for two weeks. Kristi Seely, director for the Lehi City Library, estimates that the library has between 25,000 and 30,000 items checked out at any given time. If everything were to be checked in at once, they wouldn’t have enough shelf space for all of it! To keep books and other items viable and current, the library keeps copies of popular books on the shelves and gets rid of the books that don’t get checked out. One of their most popular programs is Overdrive, an online database of hundreds of books that can be downloaded for a set time to a computer or handheld device. The Lehi Library also has a language learning course online called Mango Languages, which offers courses in 71 languages—including Pirate!

The Lehi Library is much more than books on the shelves. The computer courses and e-books cut down on traffic in the library, but Seely predicts that in the future Lehi will need a bigger, or even a second library to keep up with the growth of the city.