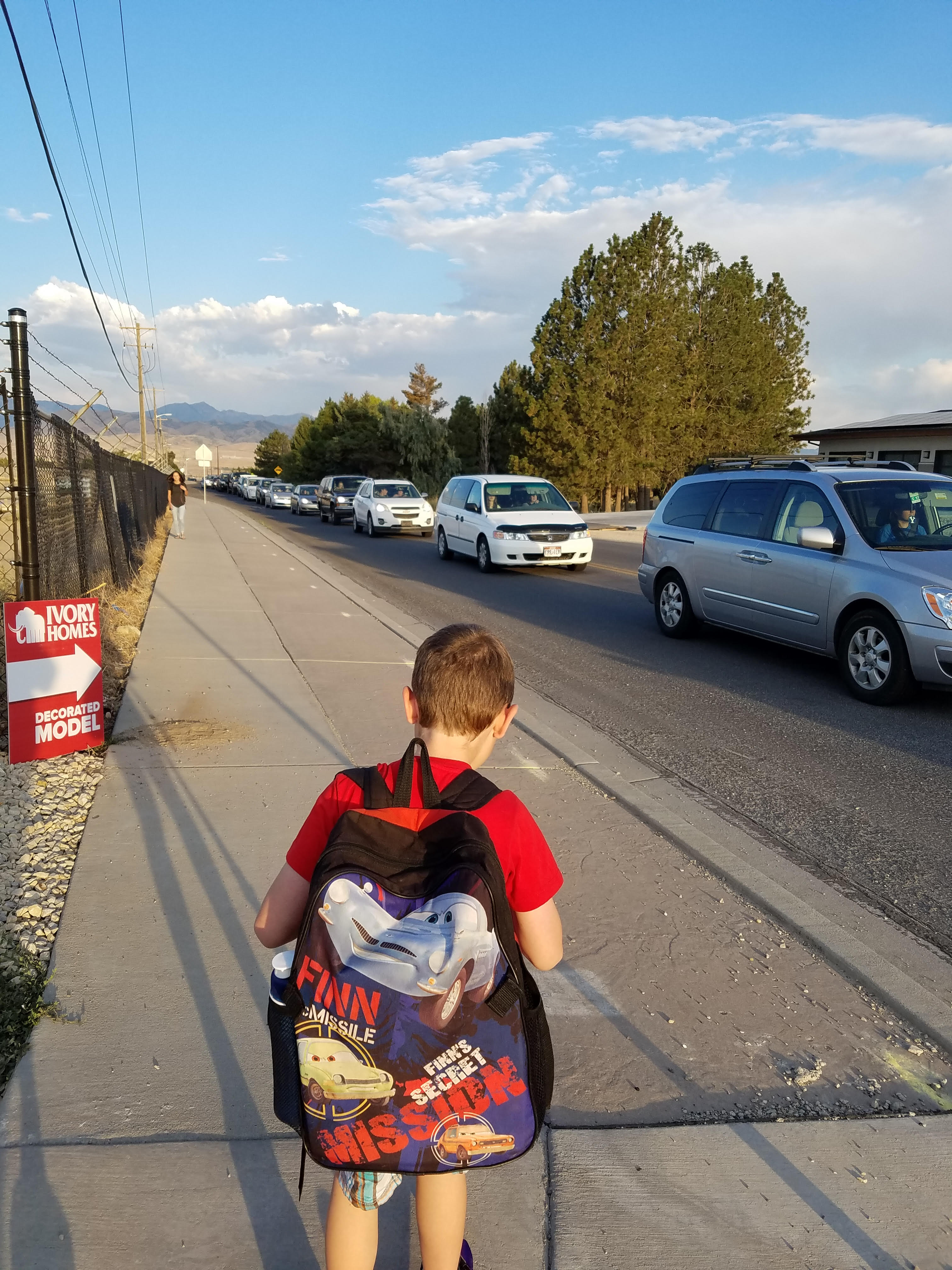 Residents around Skyridge High School are excited about the opening of the new school—you can feel the energy in the air! But many are concerned about the safety of both high school and elementary school kids crossing the intersection of 2600 North and Center Street during the morning and afternoon rush. Residents are asking for a crossing guard to be posted during the times the high school is beginning and letting out each day.

Parents of elementary students who walked with their kids the first few days of school were very concerned about the situation at the intersection.

“I had to pull my son back because he almost went out on his scooter in front of a car with high school kids. He fell down and the kids were laughing as they drove through,” said Kristi Cook. “You have kids crossing diagonally and cars stopping in the middle of the intersection because someone is crossing in front of them.”

Other parents expressed concern about the unique dynamic of elementary and high school pedestrians combined with high school drivers, along with the absence of a sidewalk on the northwest corner of the intersection.

Wade Allred, Lehi City’s Superintendent of Streets, said he is aware of the concerns, and the city is watching it, but a traffic study conducted last year determined that a crossing guard at that location isn’t required. The company conducting the study, RSG, videoed pedestrians last year and determined that while a crossing guard could be an option, the situation at the intersection doesn’t require one as a minimum standard.

Cook said that a lot of parents have reached out to her since she posted about her concerns on a Lehi-focused Facebook group. She has gotten many phone calls, and someone left a note on her door in order to get in touch. She says she didn’t intend to become a voice for the issue, but it appears that her expression of concern resonated with a lot of people. Others have also initiated posts about this issue in the Facebook group.

One post included a photo of high school students on a motorcycle weaving in and out of traffic. The poster stated, “If these are your boys, please chat with them about driving safely. They cut around several cars and blew through the 4-way stop at Center and 2600 N. without stopping. If I had been turning left, I would’ve creamed them as they barreled past me on my left.”

Allred has offered to meet with residents who are concerned and explain the process. Residents have expressed interest in meeting, but still feel strongly that the mix of elements in the intersection warrant a crossing guard.