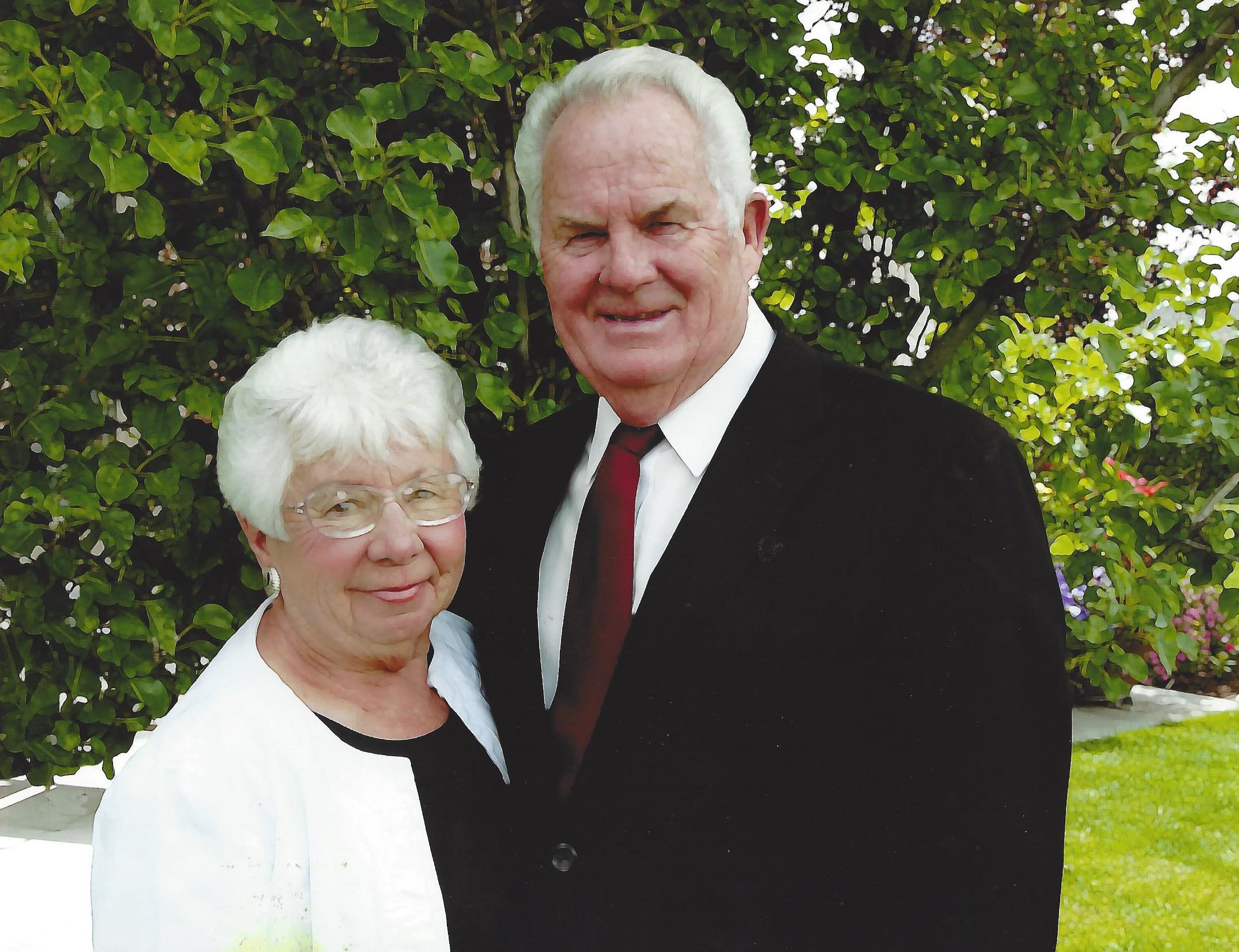 Over the last several weeks, John Haws, President of the Lehi Historical Society and Archives, has been announcing the selection of this year’s Lehi Heritage Days honorees. Those selected must be Lehi residents and have contributed to the community over many years.

The Lehi Free Press will be publishing articles over the next several weeks highlighting the honorees. A committee from the Lehi Historical Society chose the recipients.

Ron and Kaye Smith have fulfilled a lifetime of service to their family, church, and community. Having raised eight children in the 4th ward area, their influence is widespread and important in the history of Lehi.

Ron was born in Lehi to Victor and Deon Smith. He is the 4th generation of Smiths who settled and worked here. Ron’s great grandfather Joseph Johnson Smith was summoned by Brigham Young and David Evans (first mayor of Lehi) to come to Lehi because a blacksmith was needed. He had earlier emigrated from England and was building wagons in Winter Quarters when he left to travel west. Ron’s pioneer heritage inspires his willingness to serve his fellow man.

Ron graduated from Lehi High School in 1954. He went directly to BYU for one year and worked a year before serving mission for the Church of Jesus Christ of Latter-day Saints in Hawaii. Upon returning from his mission, he worked for a time and then returned to his studies at BYU. While he was at the “Y,” he met Kaye Passey, from Arizona. They were married in 1961. Smith received his degree in economics education and worked in the Granite School District for 33 years, 15 as a teacher and 17 as an administrator.

Ron’s quiet leadership and spiritual demeanor was soon recognized by local church leaders. He was called to be a bishop’s counselor in two bishoprics before being called to be a bishop. He laments that for 20 years his dear wife, Kaye, sat in the congregation and raised their 8 children by herself while he sat on the stand. He has served for 14 years as a temple worker and also in the branch presidency of the Missionary Training Center (MTC). He served on the dedication committee of the Mt. Timpanogos Temple.

In addition to his church service, Ron was encouraged by neighbors to run for Lehi City council. He was elected, and shortly after became mayor of Lehi when the current mayor resigned. Smith served for two years in city government and also served on the governing board of the Civic Improvement Association (CIA). He has also served on the Lehi City Planning Commission, the water board, the downtown revitalization committee, board of adjustments and on a committee to study the type of government Lehi City should adopt.

Ron will turn 80 in a week and has no plans to slow down. He still continues to be involved in the Round-up committee and has been instrumental in the Lehi Heritage “Walk of Fame” this Labor Day.

Kaye, who passed away in June, always had a passion for education. Ron gives Kay the credit for the academic achievements of their eight children. Every child has a bachelor’s degree (four with master’s degrees and two with doctorates.) Ron said, “Kaye loved to teach her grandchildren to read.” One grandchild who recently took the kindergarten assessment test was reading above a first grade level and was advanced to first grade. Reading was emphasized in the Smith home.

Kaye taught school for 17 years, 15 of those years at Sego Lily Elementary. When Kaye retired in 2001, she returned to Sego Lily as a “reading grandma.” She would go to school and read with children to help them improve their reading skills. Kaye has also worked as a 4-H, and Cub Scout leader. She served in numerous church callings and was a temple worker for ten years. She is also the mother of six Eagle Scouts!

Kaye suffered in the last few years of her life with Lewy-Body Dementia and Parkinson’s disease. Her family tenderly cared for her during the last few difficult months of her life. She has left a legacy of love and commitment to the education and spiritual well-being of her family. The entire Smith family benefits from a lifetime of love and wisdom from their mother, father and grandfather. Ron and Kaye are worthy recipients of the Walk of Fame.

Ron Smith when he was the Mayor of Lehi City.

Kay and Garry Sampson were classmates who became marriage partners. They both graduated from Lehi High School in 1960 and were married in 1963.

Garry was born to Wes and Fern Sampson in 1942. He spent his youth in Lehi and graduated from Lehi High School. He went to barber school and then went on to Brigham Young University. He graduated from BYU in business and worked as a barber for six years, then changed his career to the insurance business. Sampson worked at Lehi City court as an office manager. A devoted public servant, he was elected to the city council then went on to be elected mayor. He was mayor in 1983 when Lehi City endured a “once in a lifetime” flood. Always helping when things needed doing, He could be found during that time filling sandbags, digging ditches, or rescuing drowning animals.

Sampson was appointed city judge, a position he held for 12 years. He was always available when any work needed to be done. In the 80’s he could be found at the Lehi Cemetery watering the grass and plants by hand before there was an automated water system. Sampson was never caught up in the pride of position.

His hobbies included painting, woodworking, and drama. He was active in the Boy Scouts of America and helped many young men earn scouting awards. Sampson was active in the Church of Jesus Christ of Latter-day Saints serving as elders quorum president, ward clerk, bishop and in two stake presidencies.

Kay Stewart Sampson was born to Ray and Alice Stewart. She graduated from Lehi High School where she was active in school affairs. She worked at J.C. Penny department store until her responsibilities of wife and mother took precedence.

Kay has served on the Lehi Round-Up parade committee and has been a volunteer at the Hester Rippy Literacy Center.

Her service in the Church of Jesus Christ of Latter-day Saints has been long and faithful. She served in the presidency of the Primary organization and the stake relief society presidency. She worked in the Mt. Timpanogos Temple for many years. Kay and Garry served a mission in Rapid City, Iowa.

She loves to read and work in her yard, but her favorite thing is to just be home surrounded by her six children, their spouses, 26 grandchildren and 4 great grandchildren.

While on their mission Garry became ill and returned home. He was diagnosed with cancer and passed away in November of 2015. Garry’s passing has been a difficult transition for Kay, but she says she takes one day at a time and enjoys the company of good friends and family. Kay and Garry Sampson are true examples of service and love in our community.