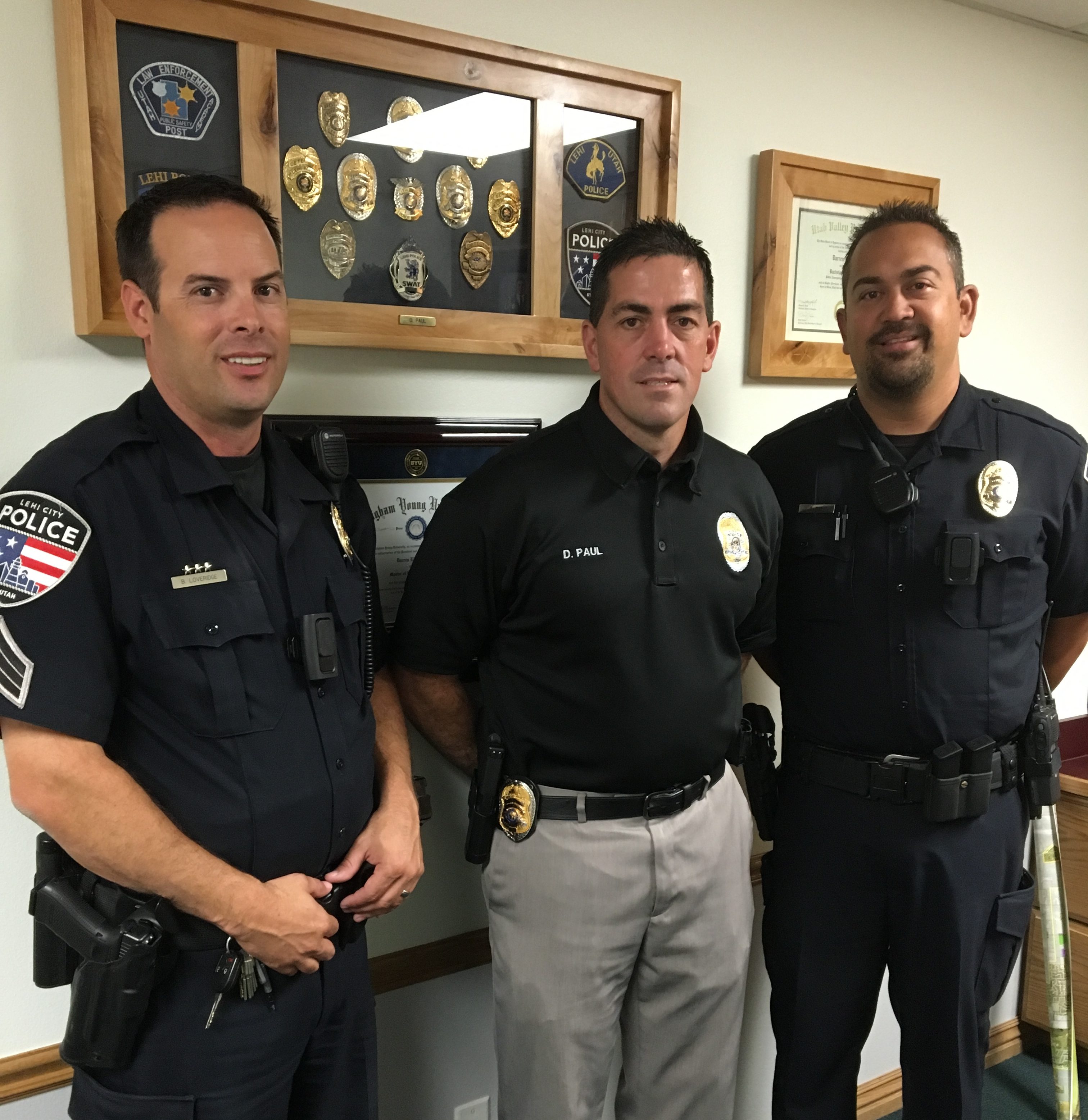 Sergeant Loveridge specifically mentioned crimes that begin on classified advertising sites like KSL.com or Craigslist. Many calls come to the LPD by individuals who have been duped by scammers encouraging them to send or wire money for phony transactions, then never receive the products they thought they paid for.  Sergeant Ray commented, “Any time people ask you to wire money, it’s usually a scam.” Lehi’s senior citizen population is of particular concern to the LPD; seniors are often victimized by phone or internet scams.

Chief Paul stressed that the LPD still sees many “crimes of opportunity,” like auto theft or garage burglary. Paul said that even though some people don’t typically lock their homes, garages and vehicles, this is the best way to prevent theft.

When asked what types of incidents they have seen an increase in over the last five years, each officer mentioned traffic accidents. Chief Paul mentioned distracted driving from cell phone use or other distractions as causing many accidents every week. Ray noted, “We used to have a low call volume for traffic incidents in Lehi, but now the call volume is constant.”

According to local news reports, on Wednesday, August 3, Lehi resident Kirk Homestead was involved in a frightening incident. Two masked gunmen tried to break into his home. Homestead drew his concealed weapon and engaged in gunfire with two masked armed criminals, one of whom he knew and had previously provided assistance. Neither Homestead or the perpetrators were injured in the exchange. Regarding this incident, Chief Paul stressed the importance of being careful who you allow in your home. The perpetrators in the incident were arrested. Each had long criminal histories and were not from Lehi.

Regarding drug trafficking in Lehi, the LPD has seen an increase in heroin use and distribution along with increased crime surrounding marijuana use.

Lehi has a police force of 49 officers. All officers are equipped with body armor and body cameras. Paul noted that in Lehi, citizens generally appreciate their police force, are respectful, and are very grateful for the service provided. Each week Paul said citizens bring their kids to the police station to thank the officers. According to Loveridge, “people in Lehi do a good job watching out for their neighbors; we appreciate their help and support.”