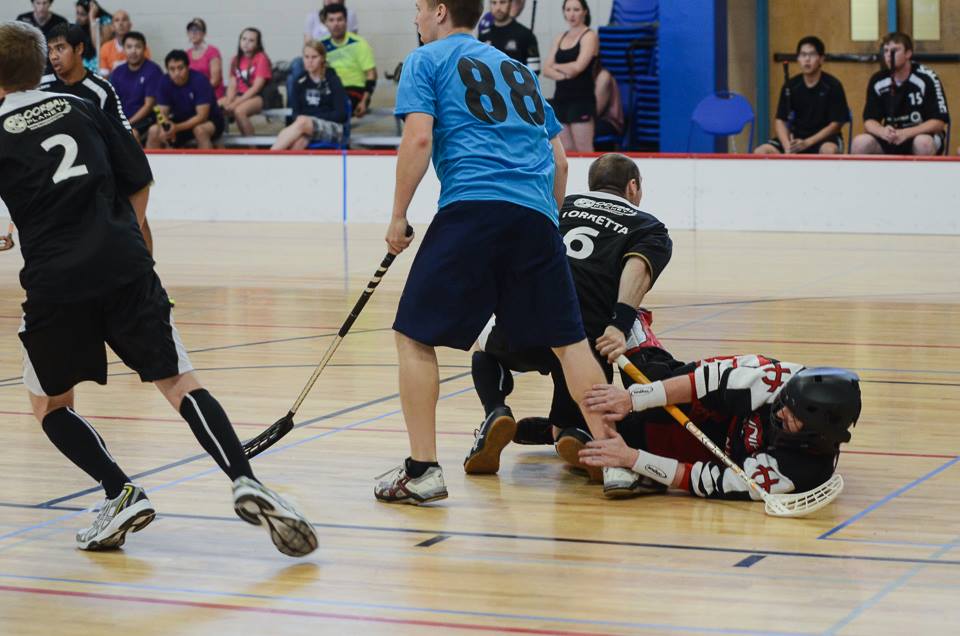 All over the USA, floorball is growing in popularity as new floorball teams emerge, but there are very few growing sectors. Utah just happens to be one of the prevalent growing sectors among other states such as California, Texas, and states along the east coast.

Floorball is easy to learn, fun and safe and great for boys and girls. It’s a type of floor hockey with five field players and a goalkeeper on each team. Men and women play indoors with 96-115.5 cm long, extremely light sticks made out of carbon fiber or glass fiber mix with plastic blades and a plastic ball 22-23 cm in circumference – with holes much like a whiffle ball. Matches are played in three twenty-minute periods. Floorball has over sixty member association countries, is recognized by IOC (International Olympic Committee) and is even being considered for the 2020 Olympic Games. By 2021, floorball will be in the USA as the World Games are held in Birmingham, Alabama.

There are many opportunities for young players to play in US Nationals and even International tournaments. This year US Nationals is giving the opportunity to ages eight and older to play for the US National Championship title.

The tournament will have four teams, four from Utah and one from Colorado. Two of the players will even be playing for team USA in Latvia next month and there are players that are coming from as far as Finland. This is an opportunity you won’t want to miss!