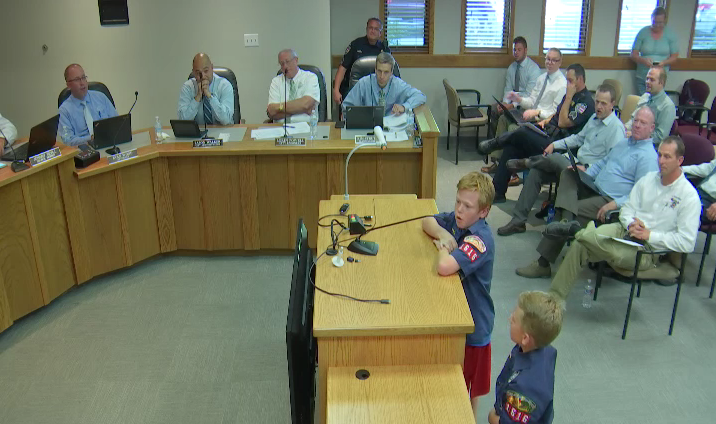 In the July 12th Lehi City Council meeting, cub scouts Paul Colton, son of Neel and Tammy Colton, and Josh Presbury, son of Aaron and Kim Presbury, bravely spoke during citizen input session of the city council meeting, urging the city to build more soccer and football fields. The boys said in a subsequent interview that too much of Lehi’s land is being developed into homes. During the city council meeting, Mayor Wilson also reiterated the fact, stating “we are building a lot of homes and taking up a lot of land.”

Mrs. Colton expressed concern that those involved in soccer programs are forced to rent practice fields from Alpine School District. Many of the fields have problems with sprinkler heads and less than ideal playing conditions, while communities to the north and south have more and nicer facilities than Lehi does. She also commented, “Lehi cannot host tournaments because we do not have the fields necessary.” Cub Scout Paul added emphatically, “All the land around is being taken up by houses and it isn’t right!”