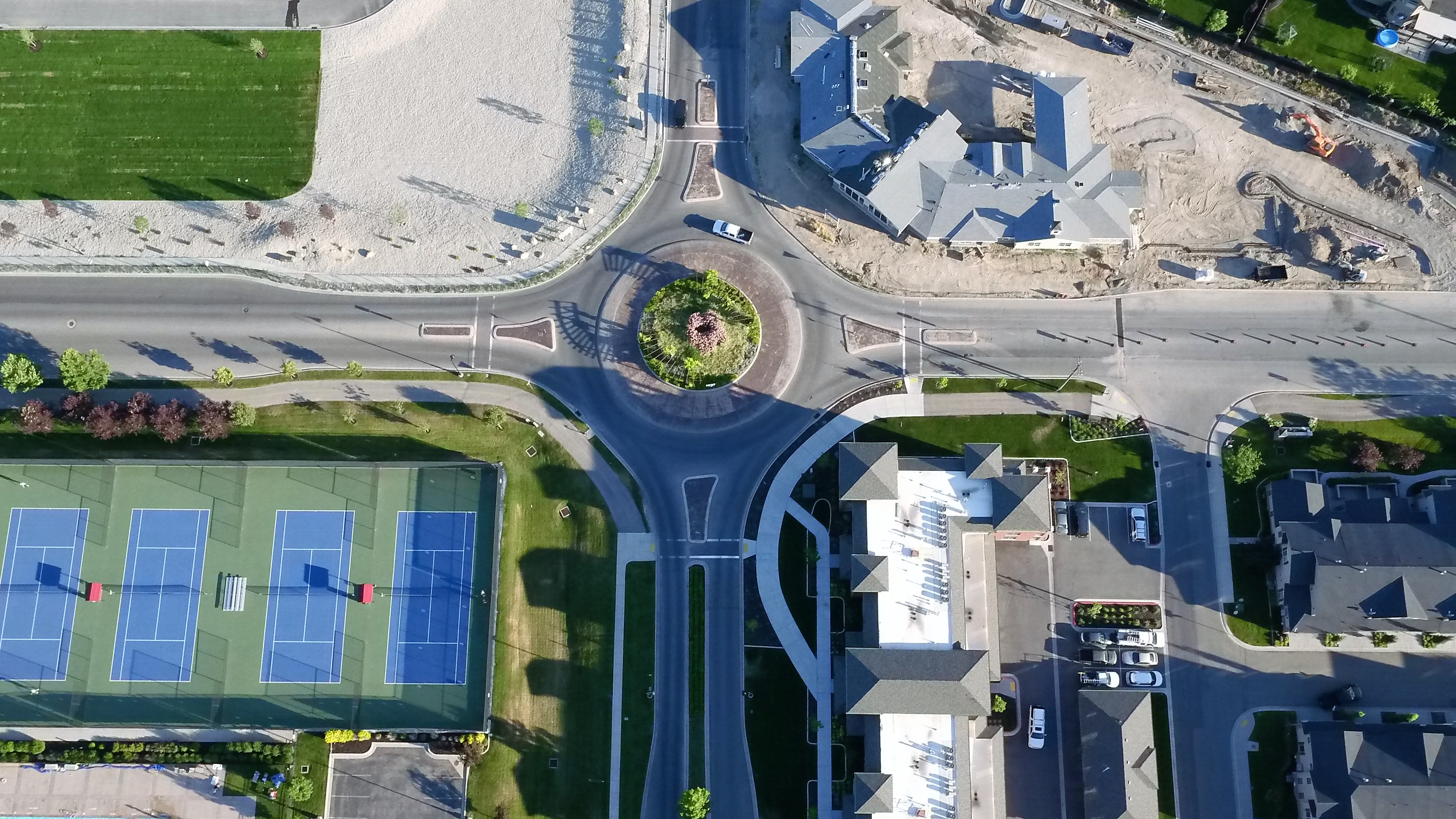 Lehi’s new Skyridge High School sits at the corner of 3200 North and Center Street. It will open for classes this Fall, and residents around the school have expressed concern about the potential traffic snags that could develop with a population of 2100 students moving into the neighborhood.

Last Friday, Streets Superintendent Wade Allred sat down with the Lehi Free Press to describe the measures that have already been taken and that are underway to be ready for the start of school. He said that when plans for the school were announced, a traffic control consulting company, RSG, was hired to analyze the situation within the boundaries of 1200 East to 1200 West, and 2100 North to 3200 North. Both vehicular and pedestrian needs were evaluated, with a focus on pedestrian traffic flow. Of main concern are five intersections in the main flow of travel to and from the school, and potential parking on the streets in adjacent neighborhoods. Following are the plans for each.

This intersection features a roundabout, with the center portion being larger than typical roundabouts. The city has considered decreasing the size of the center feature to widen the travel lane, and it has considered installing a traffic signal. The plan is to watch the intersection closely after school starts to see if it functions well, or whether it will require one of these potential changes.

The road will be widened, with curb and gutter installed on Center from 2100 North up to 2600 North. Dozens of elementary students cross this intersection to get to school, and there is awareness that a crossing guard may be needed when the high school opens. This is a process that the local school community council will initiate.

Allred is aware of the need for a sidewalk on the north side of 2600 North just west of Center Street. There are some challenges here due to the location of homes along the road, but the city would like to see this happen in the near future if possible.

Center Street was recently widened at this intersection. The curb and gutter will be installed on both sides of the street and ready in time for school.

Morning commuters who use this intersection know that it already backs up down the hill. A traffic signal has been designed and budgeted, and the city is now working with the property owner to make arrangement for installation.

Skyridge High School’s parking lot has 1100 spaces, so it appears that there should be adequate parking on school grounds. The Streets Department will be watching this situation as well and would consider establishing no-park zones with parking passes for residents if needed.

Finally, a crosswalk is planned across Center Street at about 3050 North. This should reduce crossing at the roundabout and provide a more direct route for students who live nearby.

Residents should contact the Lehi City Streets Department with questions, concerns, or suggestions at 385-201-1900.