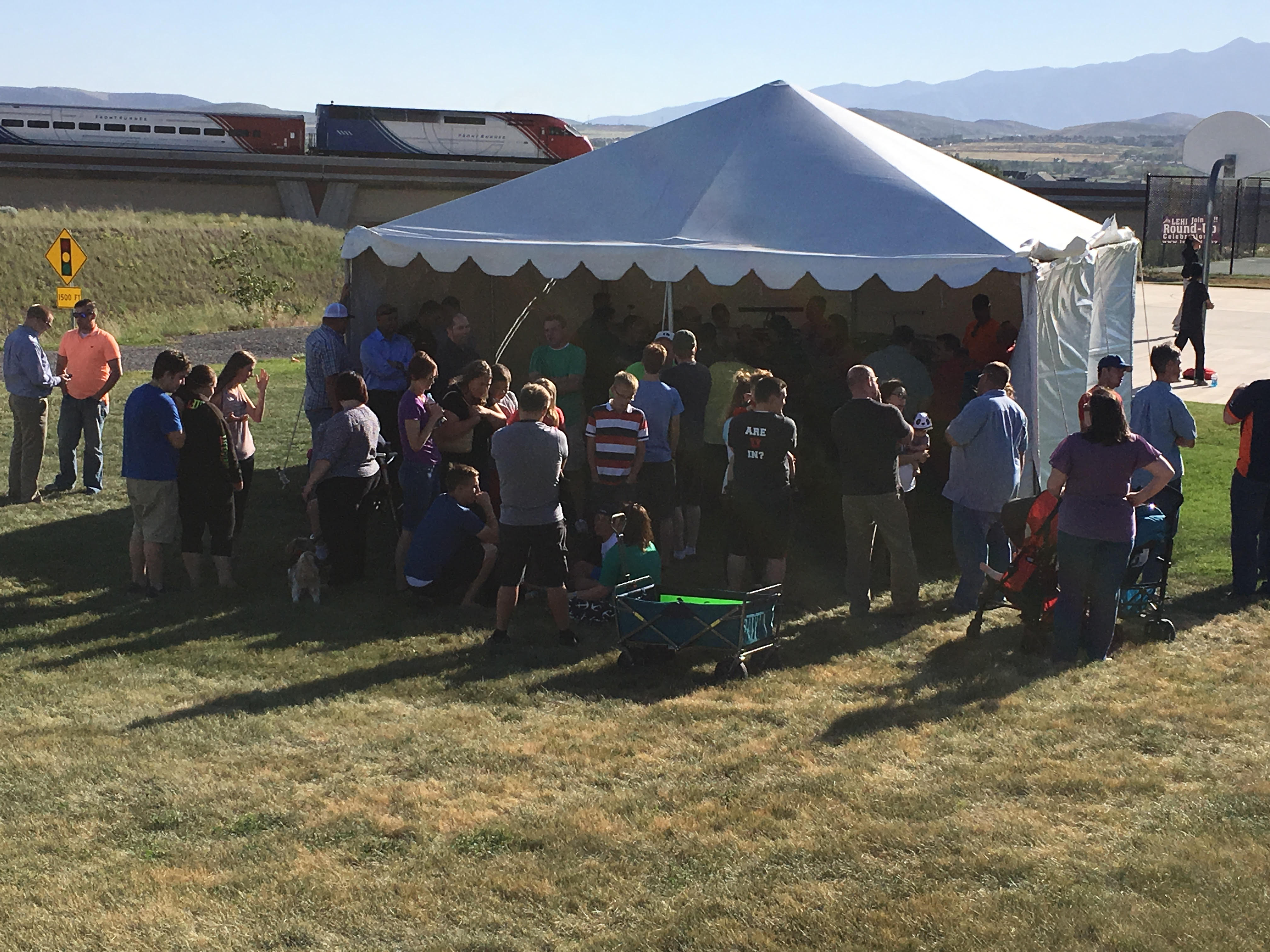 Residents of the Pointe Meadows neighborhood and other Lehi residents turned out for an open house held to discuss design plans and other issues surrounding a planned skate park on the south end of the neighborhood. Visitors came and went during the event, held Thursday, June 16 from 6:00-7:30 p.m., with around 50 people present at any given time.

The park is drawing a number of different responses from residents of the neighborhood. Some are opposed to it, some are open to the idea but concerned about its unusual proximity to homes, and others are pleased to have it. Many shared sentiment of frustration at the city’s location selection process, which didn’t involve deliberate outreach to the neighborhoods under consideration for the park before the location was chosen.

Kimmy Deitlaf, a resident of Pointe Meadows, asked council member Paul Hancock whether the city would be willing to revisit the issue, now that the neighborhood is aware of the proposed change. “Process matters more than outcome,” she told him. He expressed understanding, having been the only council member to vote against the park due to his concern that the opinions of residents should be solicited before proceeding.

“It’s a concern as a homeowner,” Deitlaf said. “It’s changing the dynamic of our park. You buy a home in a certain neighborhood, and then it changes…” she said, expressing concern about what that change could mean for the culture of the neighborhood.

Jyri Koivisto, another resident of the neighborhood, said, “I’m not against a skate park per se. I lived next to a skate park in Finland.” However, he said, the noise level was sometimes a problem, and he saw multiple times where people had to call the cops. He expressed concern about its proximity to homes.

Many people perceive a skate park as a place where trouble-prone young people congregate and cause problems, but a few Lehi residents who live outside of Pointe Meadows came to the open house specifically to educate residents about how the dynamic of skate parks is changing in a positive direction.

Scott Campbell attended with his son Braden. He doesn’t live in Pointe Meadows, but he has followed the effort to get a skate park in Lehi from the beginning (about three and a half years.) “The [skate park] culture has changed,” he said, “families do it together.” He said the design of the Pointe Meadows Park is good for younger kids, with shallow slopes and easy-to-navigate features. “I can guarantee that within a short time, they will all be out here loving it,” Campbell stated.

Neighborhood resident Ben Trujillo agreed with that idea. “I would like to have it here,” he said. “There are tons of kids who would use it.”

Cameron Boyle, the city’s Public Information Officer, echoed Campbell’s sentiment. “We want to change the perception,” he said. With the help of fences and surveillance systems in some cases, and with the family dynamic growing within the skate community, “it’s not the same level of vandalism and crime.”

Boyle said the city considered a number of elements in choosing a location for the park, with visibility, cost and impact on the existing park being high on the list. “Our responsibility is to look at the city as a whole,” he said.

Neighborhood opinions on the skate park appear to be evolving as discussions continue, with acceptance growing to some degree, but residents of the neighborhood still almost universally would like to see the city’s process show greater consideration for individual residents and neighborhoods impacted by development plans.