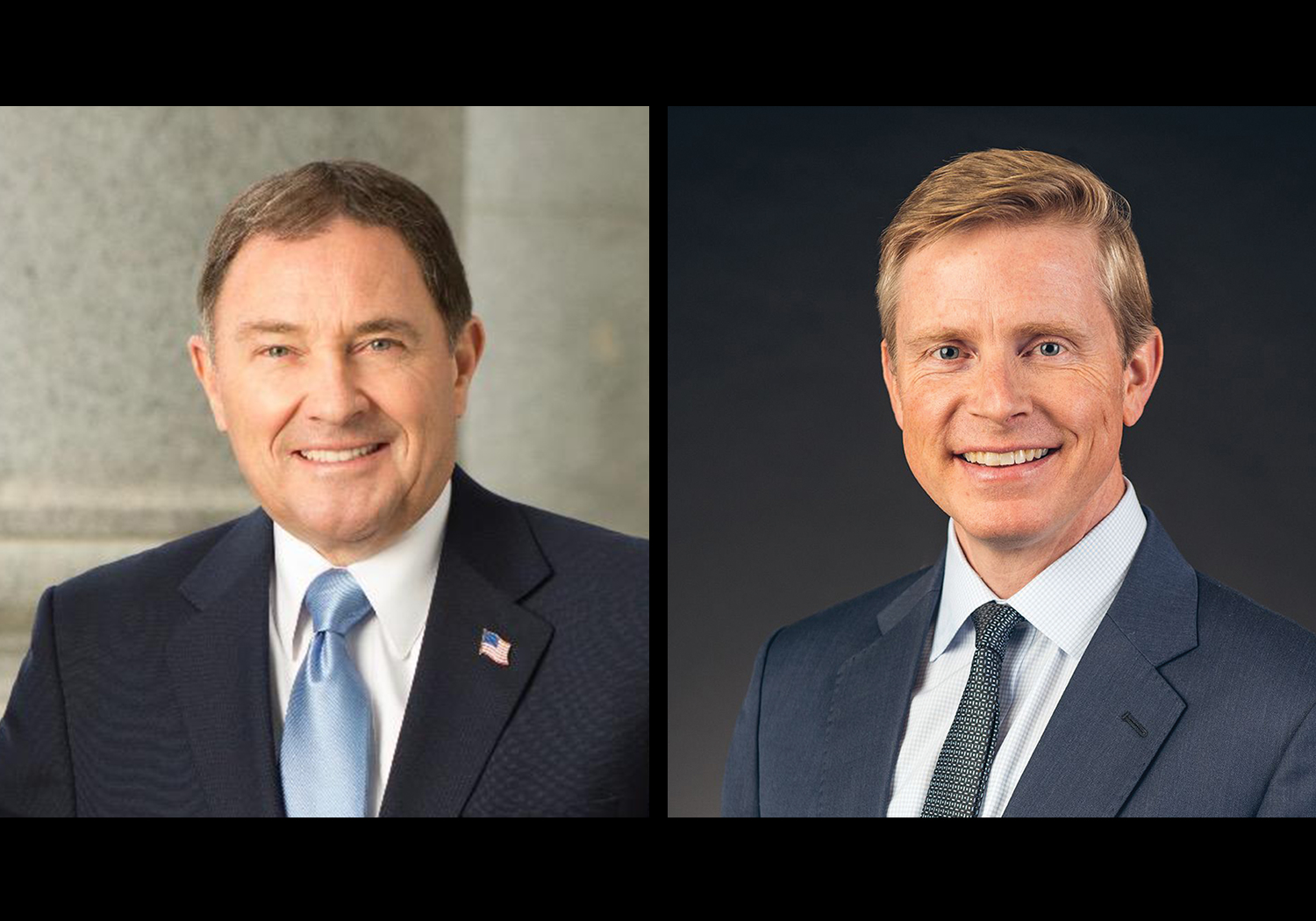 In preparation for the upcoming gubernatorial primary election on Tuesday, June 28, 2016, both candidates, Incumbent Governor of Utah Gary Herbert and Jonathan Johnson, businessman and former Chief Executive Officer of Overstock.com, willingly and openly responded to free-form questions on topics often mentioned in this publication.

When asked about the responsibility of setting aside land for schools during time of rapid business and housing development and large land development deals:

“Number one, the thing that keeps me awake at night as governor is growth. We are a tremendously fast-growing state, in fact the fifth fastest-growing state in America. And why not? We have a great, unparalleled quality of life and we have economic opportunity. And Utah County is probably the second fastest-growing economy in America today. So that spawns growth.

“And the question really is what to do about it, and frankly it actually becomes a local concern. Nobody knows better about the future of Lehi than does your mayor, your city council, your planning commission people, the local business community, the residents of Lehi.”

Citing the merge of new solar technology and local solar jobs in Lehi as a benefit of renewed federal incentives, the candidates weighed in on the current net metering standards in Utah:

“Again, I know that the Public Service Commission is taking a look at the situation. We have arguments back and forth. I think any time you have change and the potential to change, you worry that there’s something that’s going to do harm to the solar industry in the future, making them less viable and they’ll not be able to take advantage of this excess while it’s being generated. So I think it’s reasonable for solar companies, for homeowners that have solar to be concerned about what other changes they’re going to be.

“Again, let me just say to you that you can handle this two ways. You can have legislation that tells us what to do or you can have the Public Service Commission, which is designed to monitor our utilities, make sure that what we do is favorable for all parties to compete on an equal playing field.”

“This is something I think a lot about, and I want to give a little background. The generation of power and transmission of power wasn’t something that could be done on a small scale, and because of that, we wanted to let the utilities be able to charge a rate that was enough to build huge plants, whether a nuclear plant or a coal fire plant to generate and then transmit utilities.  Innovation comes along, technology comes along, and all of the sudden, energy generation in the form of solar can be generated anywhere! It doesn’t require enormous capital investment. I think it is time to reconsider what part of the energy business should be a government-granted monopoly. We have to allow technology like solar to push forward and grow, and strip old-school technology out of the way.”

On the topic of traffic issues and road infrastructure:

“[W]hen I came as lieutenant governor, that is what Jon Huntsman assigned me as a responsibility. And we have addressed the issue in a significant way. We no longer lobby money or accept it from the general fund because we made some adjustments, as was appropriate, on the gasoline tax user fee.

“We don’t have a lot of federal money. I-15 reconstruction and all the things to be done in the next year in the city of Lehi have come from state dollars. And again, the legislature’s been very appropriately looking at the balance of boats here to make sure we have user fees, which is the gasoline tax, and general fund needs.

“We’re going to have work on the SR-92 interchange again. Some of the access arterial roads of your city are on the project right now. There’s more that we’ll be able to do here in the next probably couple years. And we have major construction in your area by 2020.”

“It’s hard to keep infrastructure ahead of growth, especially when the growth is explosive. I can promise we will have a fair bidding process for construction process. I can promise that we will scrutinize project that things are done timely.”

On this topic Johnson admitted that he is no expert on roads, but building Overstock.com’s new, 19-acre campus and building near the trax station in Midvale. After 24-months of construction, Johnson said, “Today the project is on time and on budget. I view tax dollars as the state’s most precious resource, and we can’t waste them.”

“I can’t promise there’s not going to be traffic in Lehi. That’s a promise I wouldn’t be able to keep. I can promise that as we look to expand infrastructure, we will be mindful of the people’s tax dollars, and we are going to spend it like it’s an important resource.”

When given an opportunity for closing statement, the candidates provided the following remarks for citizens of Lehi:

“Well for the people of Lehi, number one, they ought to know that I am Utah County born. I was born in American Fork. I was raised in Orem. My family moved there when I was about six. I’ve spent all of my life in Utah County except for a short time in the military and two years on an LDS mission. And I still live in Orem. So I’m a Utah County boy.

“I understand the significantly important role that Utah County plays in the overall success of this great state. And I have a background and understanding that I think helps me recognize some of the unique challenges and opportunities that Utah County presents. And my fingerprints are all over a lot of things that happened in that county because of my work there as a real estate broker and developer myself, which understands the construction, of building and real estate, but then also as the county commissioner.”

“I am not a career politician. I have never run for office. I am a career collaborator and a career problem solver.”