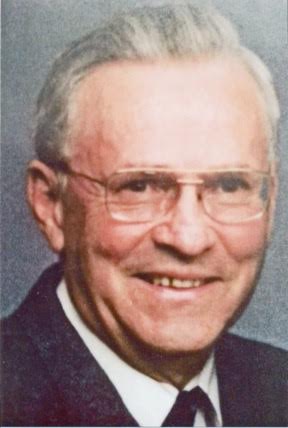 Rex Neil Larson, age 91 of Lehi, Utah, died May 18, 2016 at his home of causes incident to age.  He was born on February 18, 1925 in American Fork, Utah, son of Neil Stephen Larson and Erma Fox.  He graduated from Lehi High School, was a Veteran of the U.S. Navy and served during World War II in the Pacific Theater.  After returning from the war he was employed at Geneva Steel and was full time mink rancher.

On April 2, 1947 he married Evelyn Smith of Pleasant Grove.  Their marriage was later solemnized in the Salt Lake Temple.  On January 19, 1996 he married Lorna Devey.  Rex was a member of the Church of Jesus Christ of Latter Day Saints.

Funeral services were held on Tuesday, May 24th, 2016.   Interment in the Lehi City Cemetery with military honors.