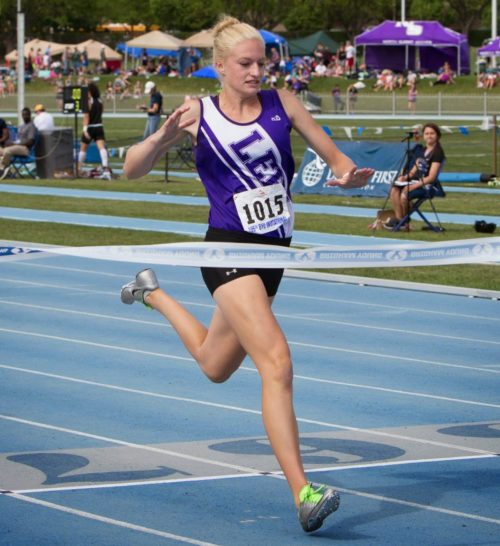 Brinn Jensen, daughter of Kevin and Shana Jensen, has broken the Lehi High School track and field records in the 100 meter dash, 200 meter dash, and the 400 meter dash, an unprecedented accomplishment. When asked how she began running, she said she would watch her brother, Briggs (now serving a mission in Taiwan) run in his conditioning practices for football and began running along with him on the sidelines. She realized she loved to run and continued to practice and improve her time the more she ran.

In recent competitions, she won the 100 meter dash at the UVU Invitational and recently earned second at the BYU Invitational. She says her greatest accomplishment is running the 400 meter dash in 57 seconds. Her goal is to place in the top three in the state in both the 100 and 200 meter dashes. When asked to what she attributes her success, she answers, “great support from parents and coaches, and hard work and dedication.” Good luck to Brinn in region competition this week!