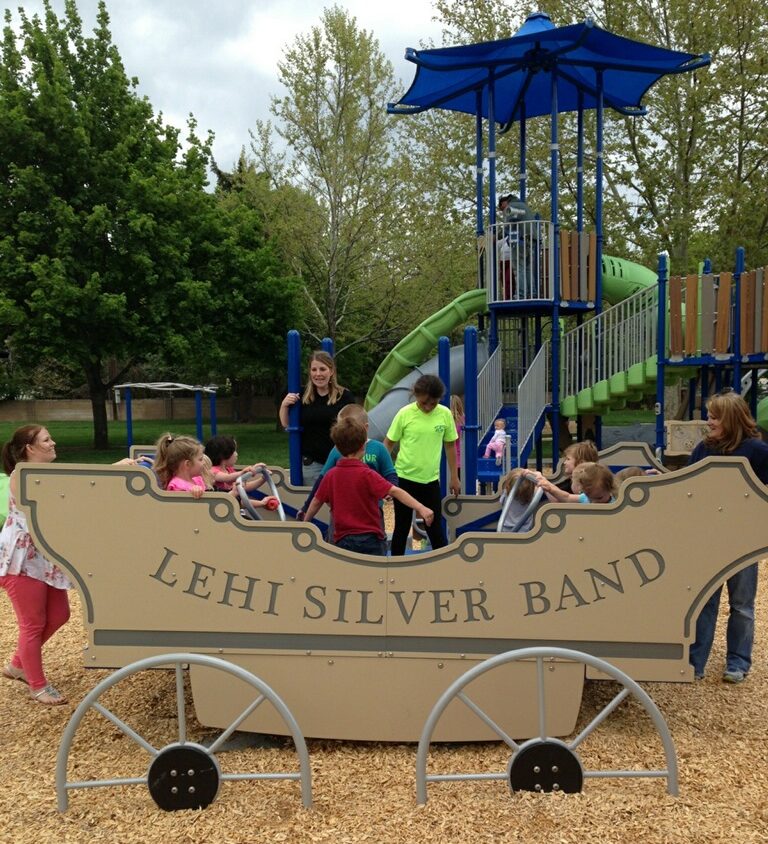 In 1976 to commemorate the bicentennial of the signing of the Declaration of Independence, each state was given federal grant money to be given to communities which designed a deserving project. A Lehi committee was organized to devise a plan and a budget for the funds. It was decided to design a building that could house the historic Lehi Silver Bandwagon. A high school student designed the building that was to be placed on a piece of ground owned by the state located at Eighth North between Second and Third West.

In the same year, Lehi’s Bicentennial Committee under the direction of Betty Fowler obtained the needed $14,000 grant. The pavilion was built and the Lehi Silver Band Wagon has been housed there since. The city has provided covered picnic areas, lawn, trees and playground equipment. It is a prominent attraction for the families of Lehi to learn a little about Lehi’s history while enjoying a place to play and eat.

This spring, the playground was upgraded by Lehi City and local children are flocking to the new equipment, including an adorable replica of the historic bandwagon.