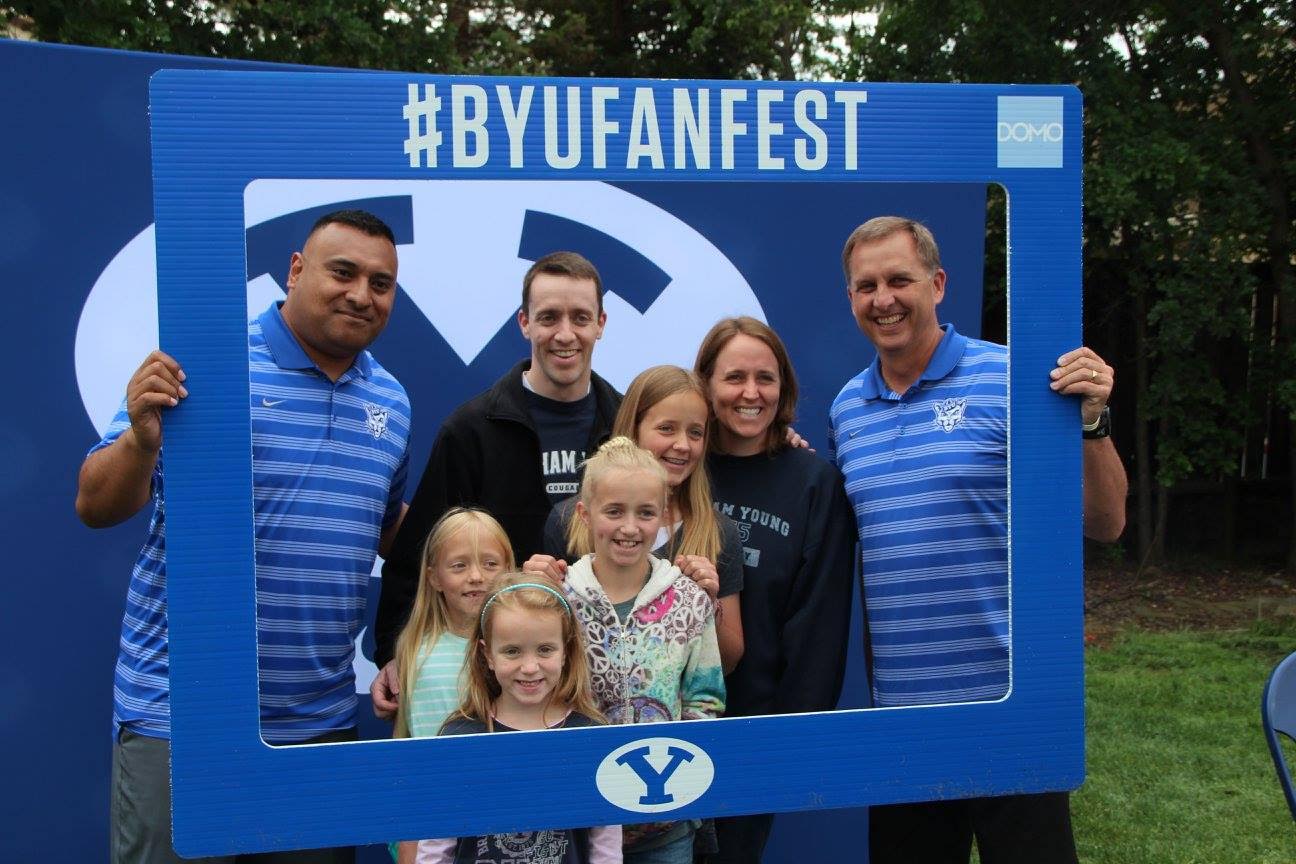 PROVO, Utah — BYU Athletics will conduct a FanFest event for fans on Thursday, May 12, from 6-9 p.m. at XANGO Field in Lehi, Utah.

BYU FanFest events are similar to the annual Cougar Kickoff held in Provo each year in August. Fans will have the opportunity to interact with coaches and student-athletes, including getting autographs and taking photos, while also enjoying other games and festivities, such as face painting, inflatables, team posters and other BYU prizes.

New BYU head football coach Kalani Sitake will be on hand Thursday along with other members of the football program, including quarterbacks Taysom Hill and Tanner Mangum.  Members of the men’s and women’s basketball teams and the women’s gymnastics team will also participate along with the Cougarettes, cheerleaders and Cosmo.

Fans can also get ticket information and BYU fan merchandise at the FanFest.