Perspectives on Door to Door Solicitation 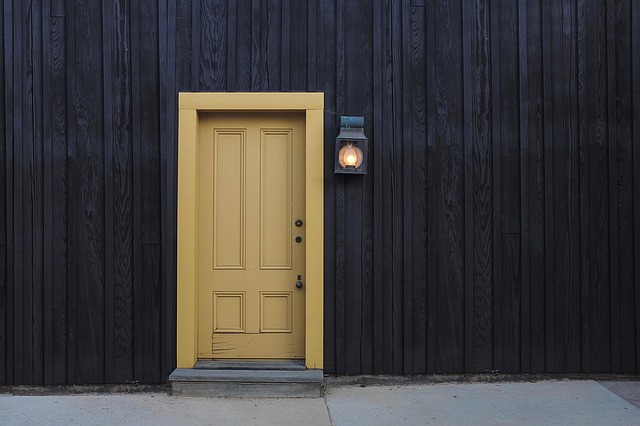 Recent reports of heavy-handed and aggressive door to door salespeople working in Lehi has led to safety warnings being issued by law enforcement. The story was widely reported on local television news about one of the salespeople walking uninvited into a Lehi home. The sellers are taught to entertain and impress potential product buyers with aggressive sales tactics and product demonstrations. Research has not shown that any local sellers in this type of organization are involved in theft, assault or other crimes.  According to police, the organization mentioned in last week’s news reports did not have a current Lehi City issued solicitation license.

Most often these sellers are comprised of young minorities generally from out of state canvasing neighborhoods in what are known as selling crews, pitching a variety of offerings such as cleaning products or magazine subscriptions. Some residents have complained “no soliciting signs” posted at their doors have been ignored, also stating these particular sellers won’t take “no” for an answer.

Such selling groups appear to local, mostly homogenous Utahns as definite outsiders, and in some cases may apply greater scrutiny and harsher judgment than would occur when encountering for instance, local Boy Scout and Girl Scout troops doing door to door fund raising. In most cases, when the above groups are involved, complaints are few when “no soliciting signs” are ignored.

Typically, these out of state sellers come from extremely challenging life circumstances from which they have little hope of escaping, seeing these traveling sales organizations as the key to changing their lives for the better. Most come from single or no parent households. Many have spent their formative years living at or below the poverty line. High crime, domestic abuse, gang activity, teen pregnancy and drug use are all common experiences surrounding their lives. As a result, many feel hopeless about their chances at better lives, which leads some to make what could be considered a desperate act by joining often unregulated traveling sales organizations. Many groups have hopeful sounding names, offering high financial reward and great travel opportunities. In reality, the employers are often brutal and abusive in their treatment of sales crew members. Moreover, much of the earned income is quickly swallowed up in expenses not covered by the sales organization, leaving the crew members disillusioned.

An in-depth article detailing day to day life working for these types of traveling groups appeared in The Atlantic in April of last year. Pointing out the many abuses heaped on these traveling sellers, the article features Earlene Williams, the founder of Parent Watch. This is an advocacy group attempting to provide support to exploited traveling sellers while also trying to gain legislative action on federal and state levels to pass laws which more tightly monitor and regulate these selling organizations.

Williams fields many emails and phone calls from sellers who have been abandoned by their selling crews and are frightened for their safety. “The worst thing you can do is go after the people on the streets selling,” says Williams. “Research shows these people mostly come from very low-income situations, may have had trouble with the law, and are earnestly trying to dig themselves out of a hole. They’re vulnerable because they don’t feel like they’re worth anything and the crew managers instill a culture of fear and manipulation amid the crews. After working for them for only a short time, most people who call me actually feel they owe the crew managers money.”

For more information on this topic refer to the detailed article published in The Atlantic, April 20, 2015. http://www.theatlantic.com/business/archive/2015/04/trapped-into-selling-magazines-door-to-door/388601/